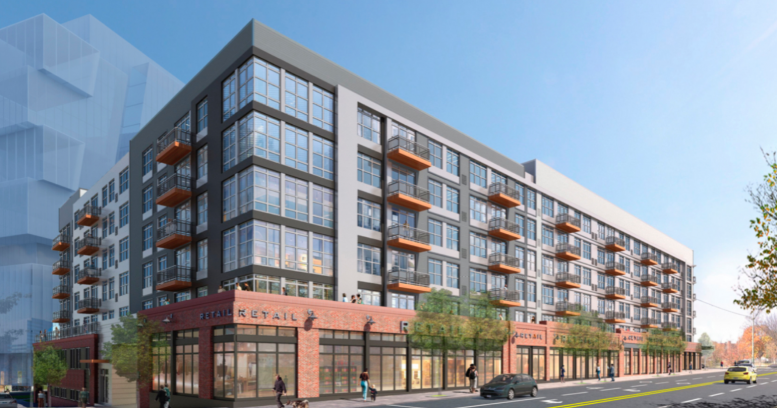 Rendering of 3700 Lancaster Avenue via CDR.

Façade work is in progress for 3700 Lancaster, a six-story, 463-unit mixed-use development situated at 3700 Lancaster Avenue in University City, West Philadelphia. The building, which is a part of the massive uCity Square megadevelopment, rises six stories tall and will hold 463 residential units upon completion. Commercial space will be offered on the ground floor and 157 parking spots will be included in the project. 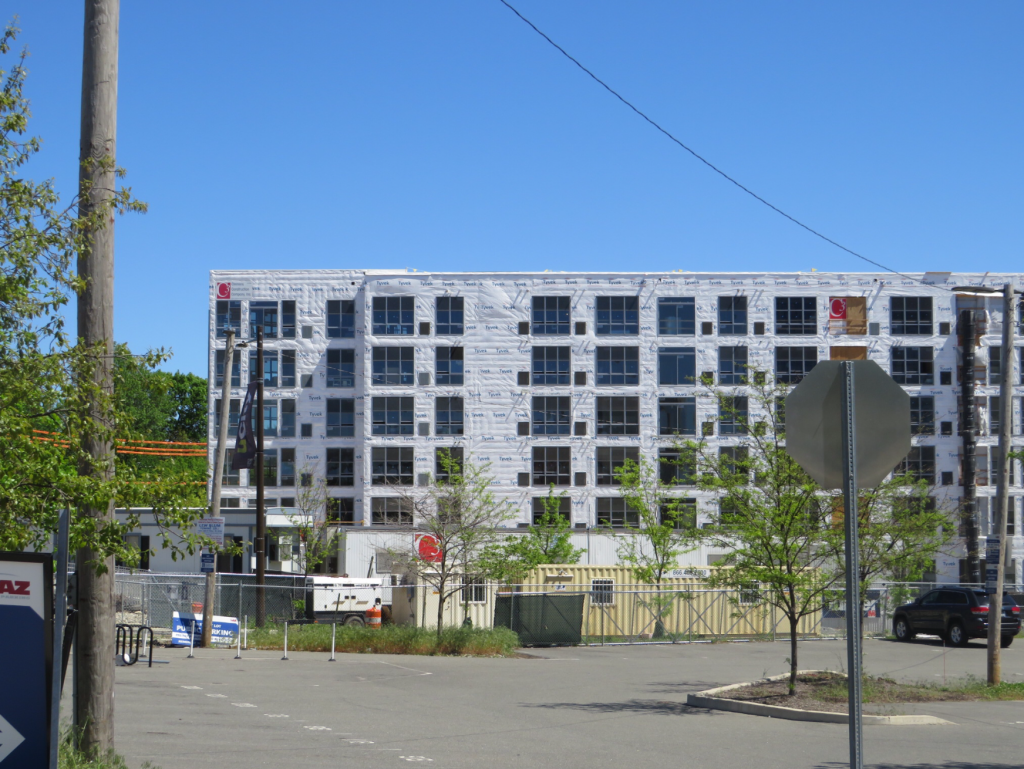 By the time of YIMBY’s last update from March, construction has topped out at the western part of the building, with framing still in progress in the eastern section. Since that time, framework has continued on the eastern portion and is now nearing completion, while pieces of the exterior have begun installation throughout the entirety of the project. Additionally, windows have also been mostly installed on the western side, while the windows at the eastern side has to catch up. 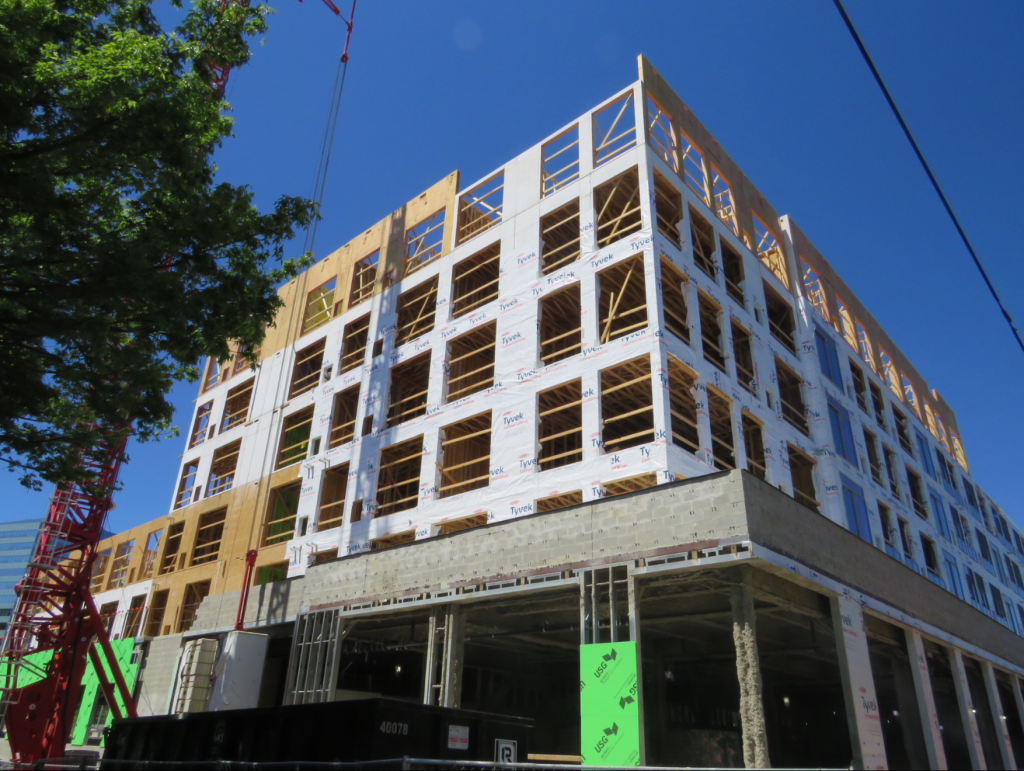 Here, darker gray metal paneling serves as the primary material, giving the building an industrial-modern look that has become increasingly popular in recent years. In other sections, lighter gray cladding is situated, allowing for a contrast in the design that will show well once completed. 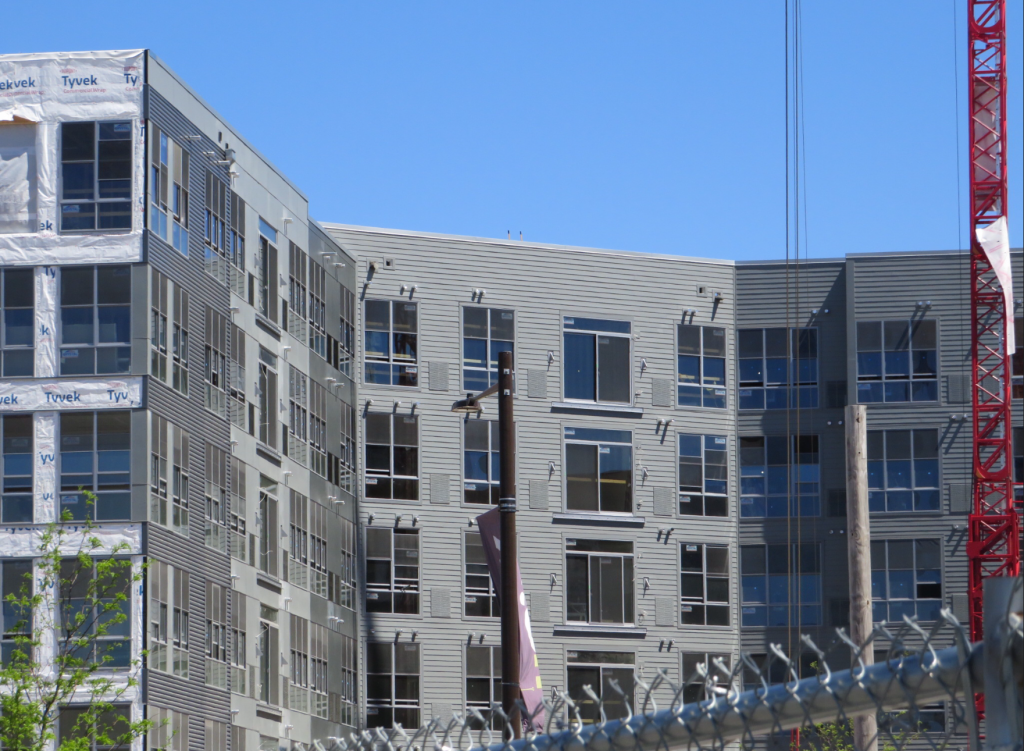 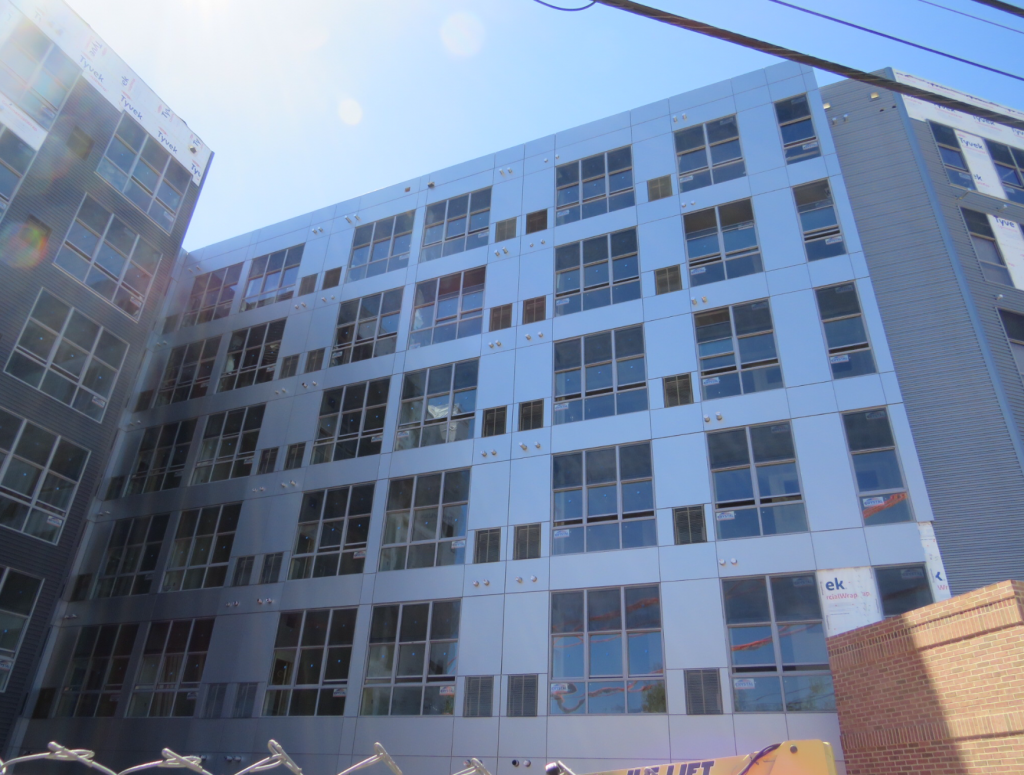 Perhaps the most exciting thing about the exterior progress, however, is the first installation of brickwork on the ground floor. The brick will help create a pleasant street presence around the footprint of the structure, which fronts a very prominent location on Lancaster Avenue as well as a future pedestrian walkway by the building’s rear. 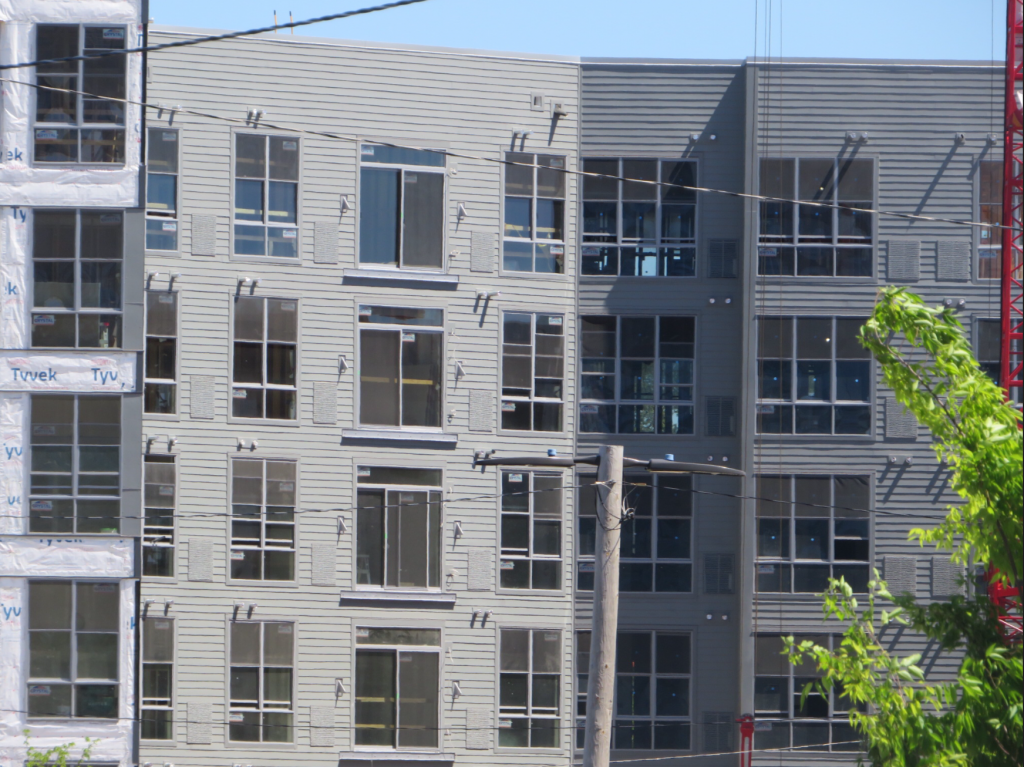 The project is one of the less prominent components of uCity Square, but is crucial to the development’s success, as it will add round-the-clock residents to the area that will keep the future mixed use neighborhood from becoming dead during weekends and off-business hours. It also helps transition the high-rise offices of uCity Square to the elegant and stately low-rise Powelton Village and Mantua neighborhoods to the north, as well as serving as one of the major entryways into the development with its Lancaster Avenue frontage.

The building will likely reach completion some time later this year.