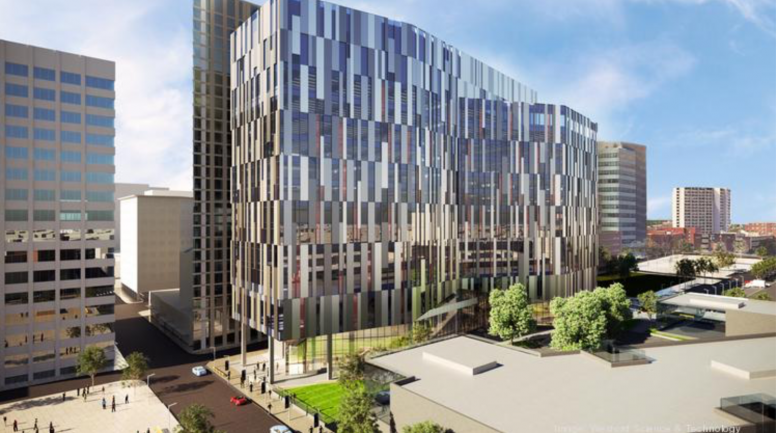 Structural framing continues to progress at the Drexel College of Nursing and Health Professions, a high-rise building that is a part of the 14-acre uCity Square development in University City, West Philadelphia. Designed by Ballinger and developed by Wexford Science and Technology LLC, the tower will rise 12 stories and 185 feet tall. The building will yield 174,000 square feet of space and will feature a combination of office and classroom space and will help extend Drexel University’s campus farther west. 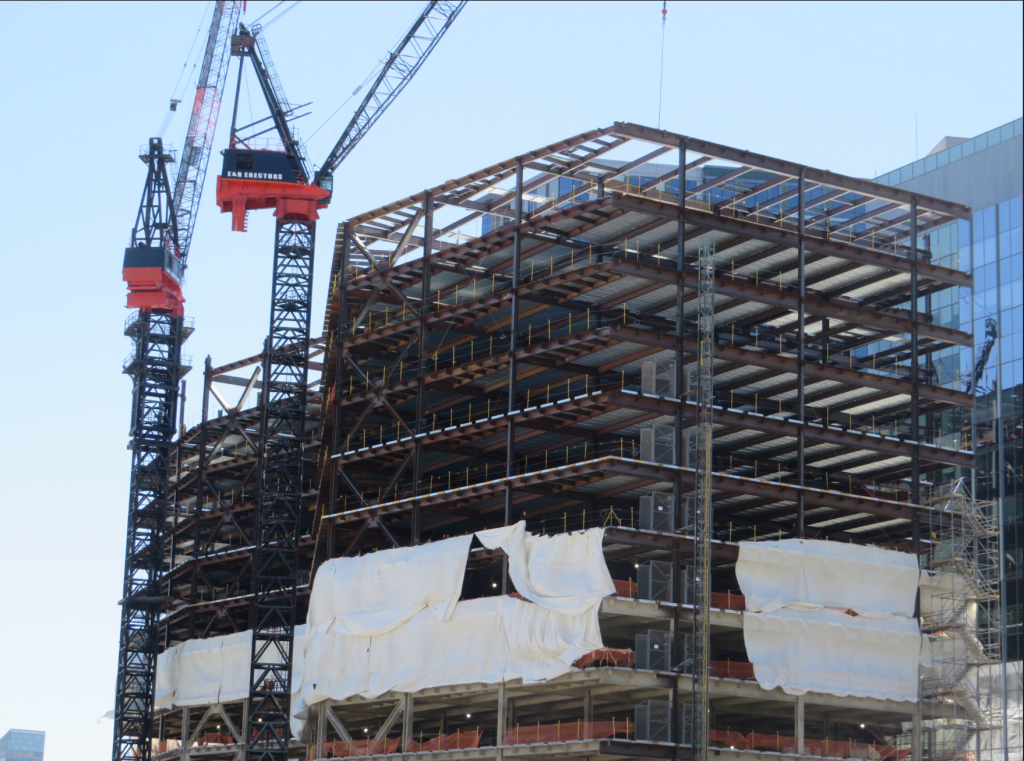 By the time of YIMBY’s previous update on the development from March, the tower had risen past halfway, with the steel framing standing seven stories. Since then, significant progress has been made on the structure, which now stands at its full height of 12 floors. Now that the full scale of the development is observable, its presence on the skyline has become visible, as well. From the south, the high-rise is obstructed by taller towers, but the building is particularly noticeable from northern viewpoints of the skyline, where the tower’s full steel frame is observable.

Fireproofing has been completed at the bottom four floors and is currently being installed at the fifth and sixth floors. 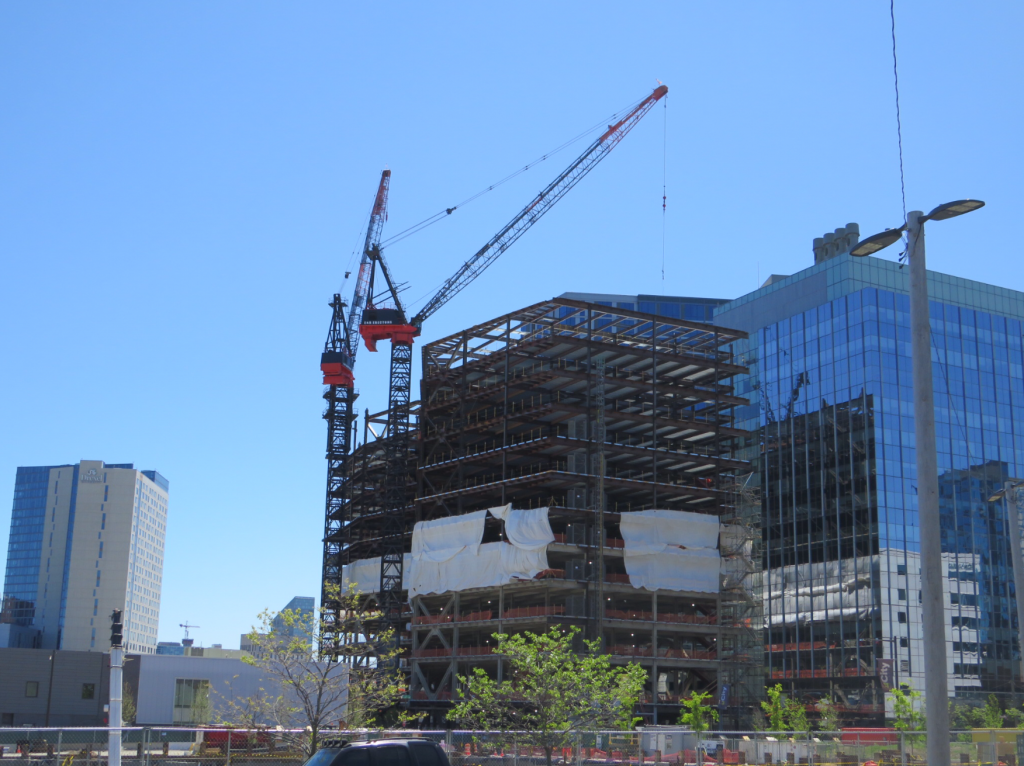 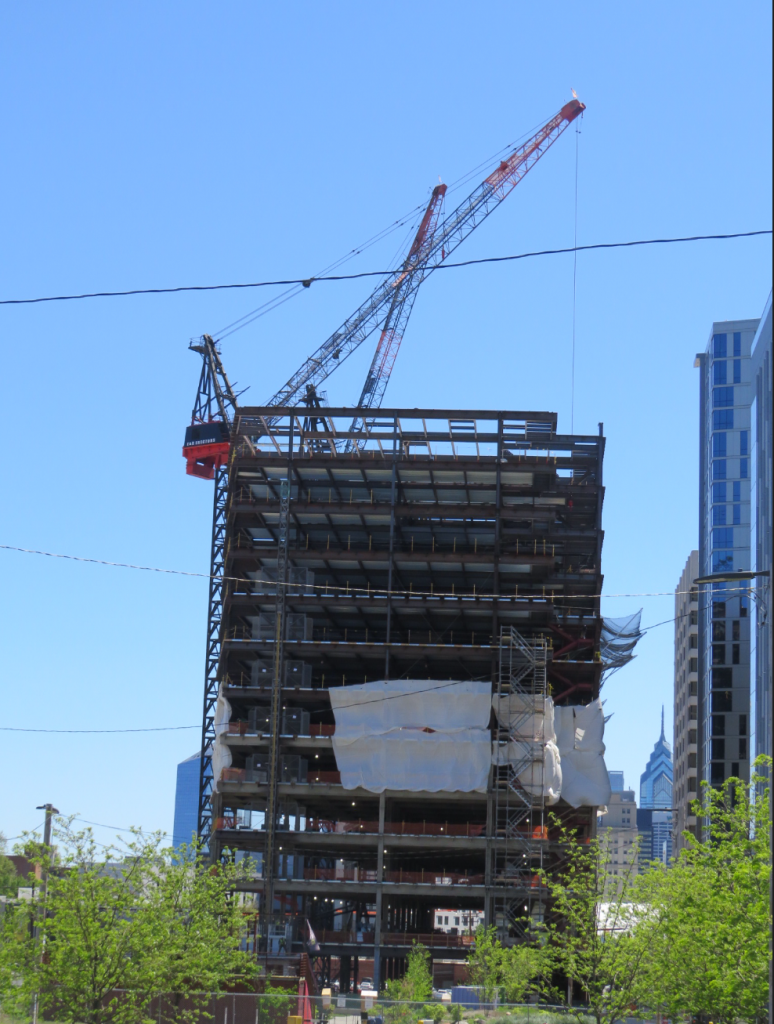 The new tower as depth to the young University City skyline and another layer north of Market Street high-rise corridor, which will be solidified with the coming towers of uCity Square. The new workers and students that will utilize the building will contribute to the pedestrian presence in the surrounding area, which will help support surrounding businesses and strengthen the bones of the neighborhood. 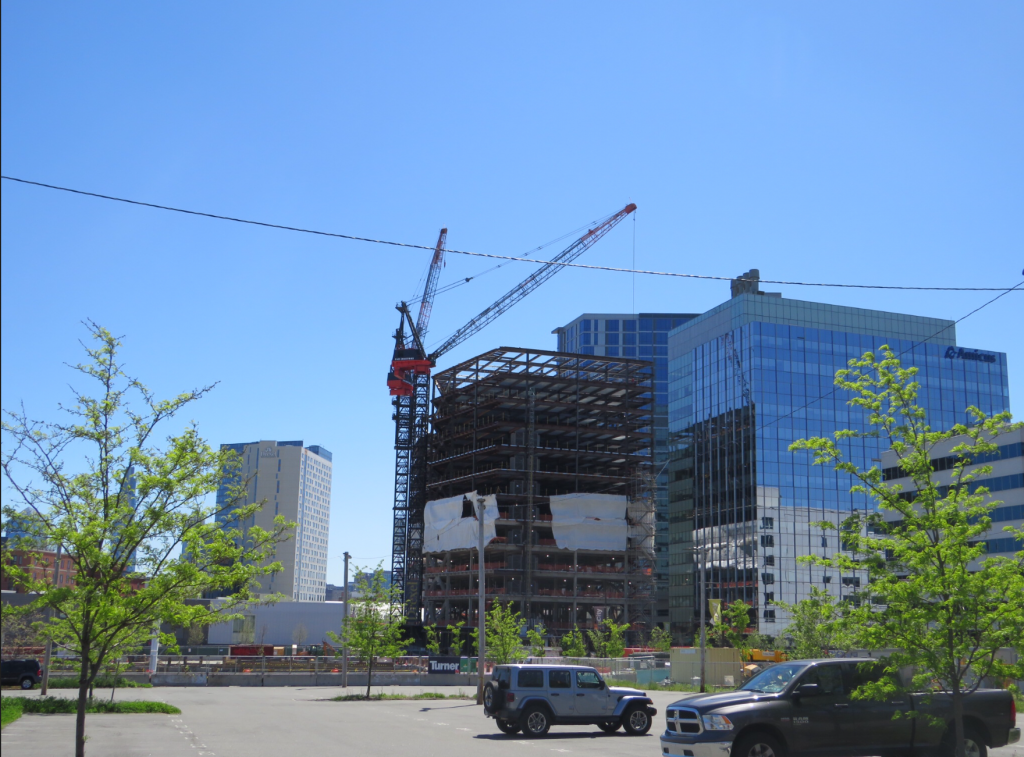 The tower will likely be on the first uCity Square high-rises to reach completion, and its success will likely be observed by the developers before more structures break ground. In the short run, the building will help connect One uCity Square, another under construction high-rise, to the rest of University City.

The building’s full completion is expected to take place in May 2023.