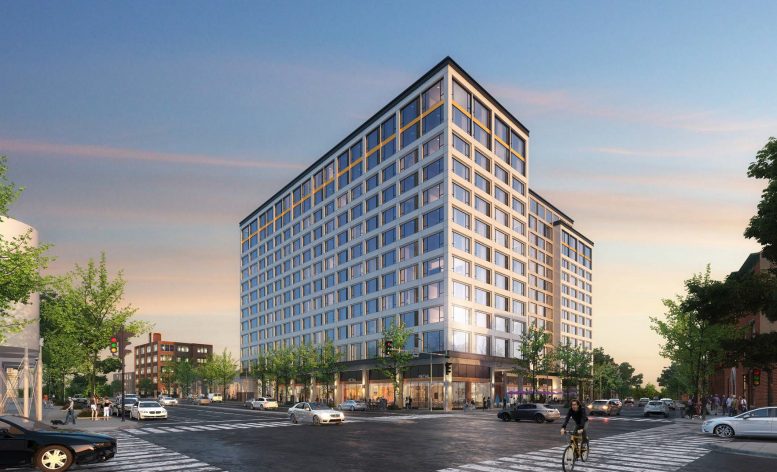 The report of the sale comes around the same time as the announcement of two large buildings being proposed a few blocks further to the east, at 200 Spring Garden Street and 412 North 2nd Street. 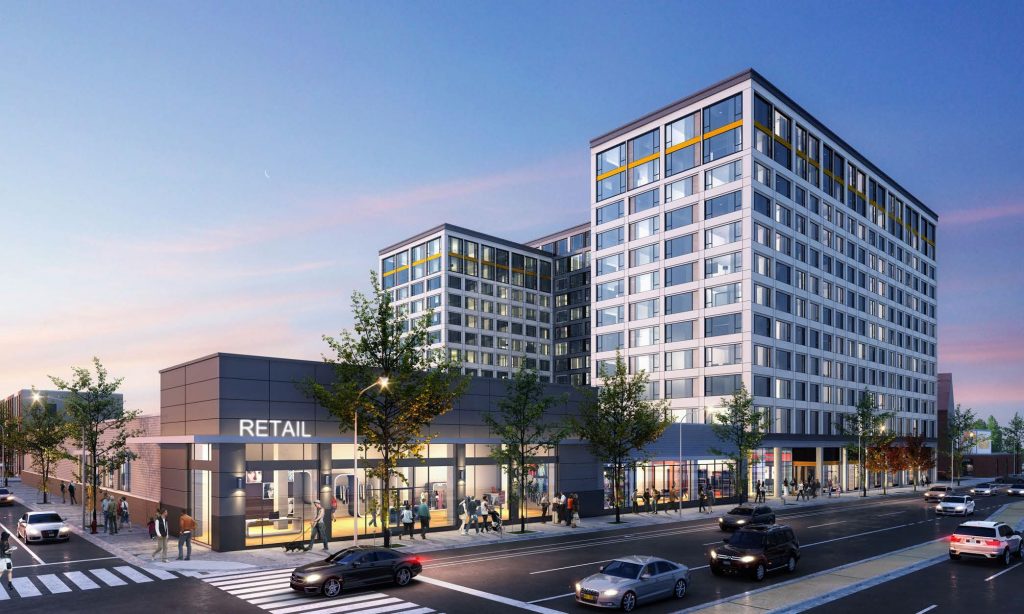 Despite its prime location just two blocks north of Old City, the area is an inhospitable no-man’s-land of suburban-style, pedestrian-unfriendly developments with low-slung commercial buildings and sprawling parking lots. The transformation occurred in the postwar period, when numerous businesses and residents were fleeing the area and the city government initiated an “urban renewal” program that razed much of the traditional urban streetscape along the eastern section of Spring Garden Street. 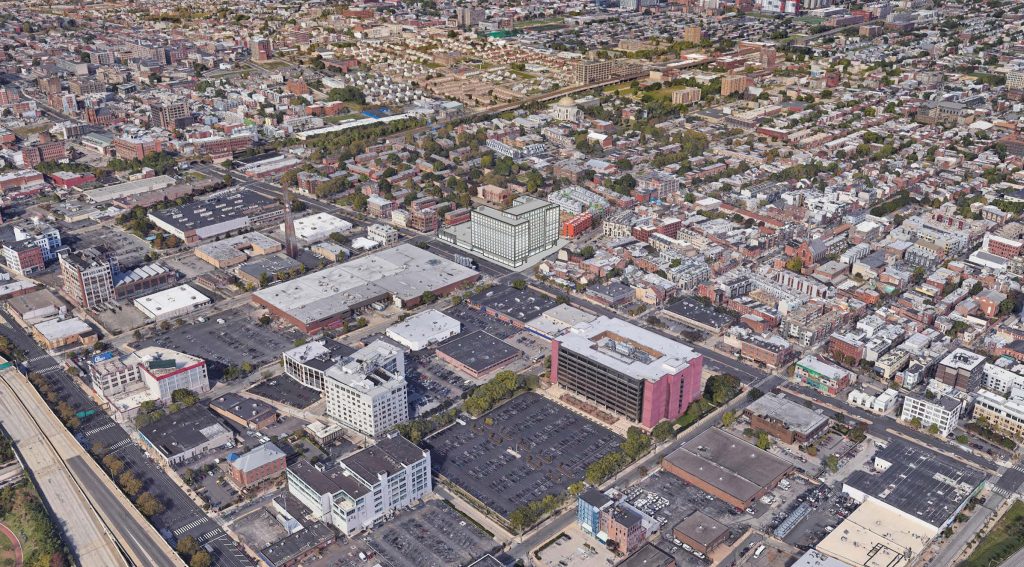 At the moment, the site is home to a drab strip mall anchored by a Dollar General store. Despite its appearance as a single entity, the mall was owned by several parties. Consolidation took considerable effort on the part of the developer and MPN Realty Inc., which arranged the final transaction. The Philadelphia Business Journal quotes Victor Rodin defending the process, where he explains that the company “spends the time and the effort to maximize value.”

The proposed development will bring much-needed improvement to the property. Retail space will span most of the ground floor. Reportedly, an Amazon grocery store will take up the majority of this space. 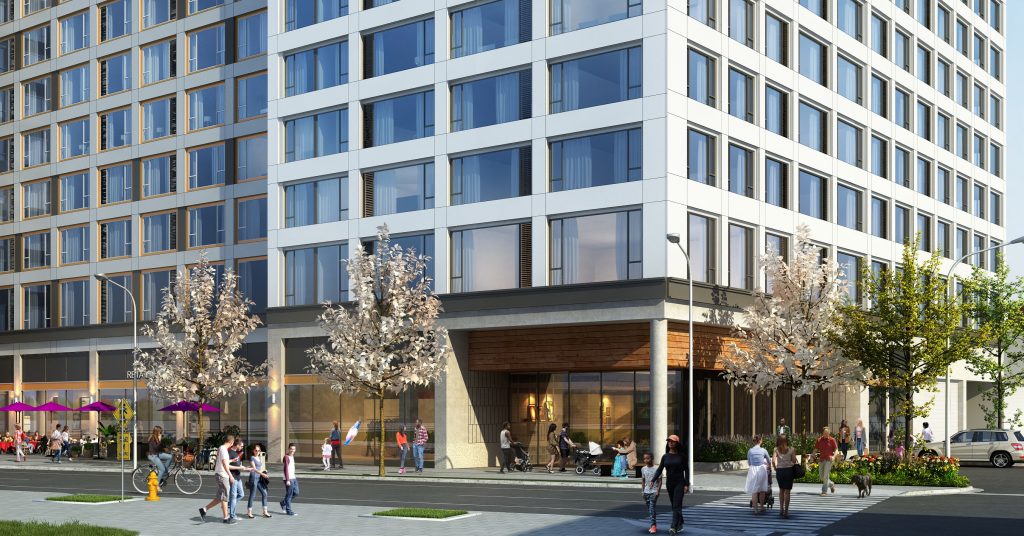 The residential portion will be located within a tower spanning the eastern half of the site, with an entrance at the corner of North 5th Street and Green Street. Total residential square footage will add up to 351,473 square feet. The project will also include a public plaza at North 5th Street and two shared roof decks at the top level, with a large enclosed amenity space in between. The space and the deck will provide sweeping skyline views of Center City, University City, the Temple University area, and the Northern Liberties core, as well as New Jersey across the Delaware River to the east.

The development has already secured permits from the city, so demolition may start soon and the building may be completed by late 2022 or 2023. Once completed, the building will be a much-need addition to the neighborhood that will animate the street with pedestrian activity and will pave the way for future development on the surrounding blocks.

Be the first to comment on "Developer Acquires Site for 382-Unit Building Proposed at 501 Spring Garden Street in Northern Liberties, North Philadelphia"