A set of updated plans and renderings has been released for Torresdale Manor Residences, a townhouse development proposed at 3600 Grant Avenue in Torresdale, Northeast Philadelphia. Designed by Abitare Design Studio, the project will consist of 30 residences, a new roadway, and a green trail along the Byberry Creek that runs through an adjacent golf club. Each townhouse will rise three stories plus a finished basement, and will include three bedrooms and two parking spaces. 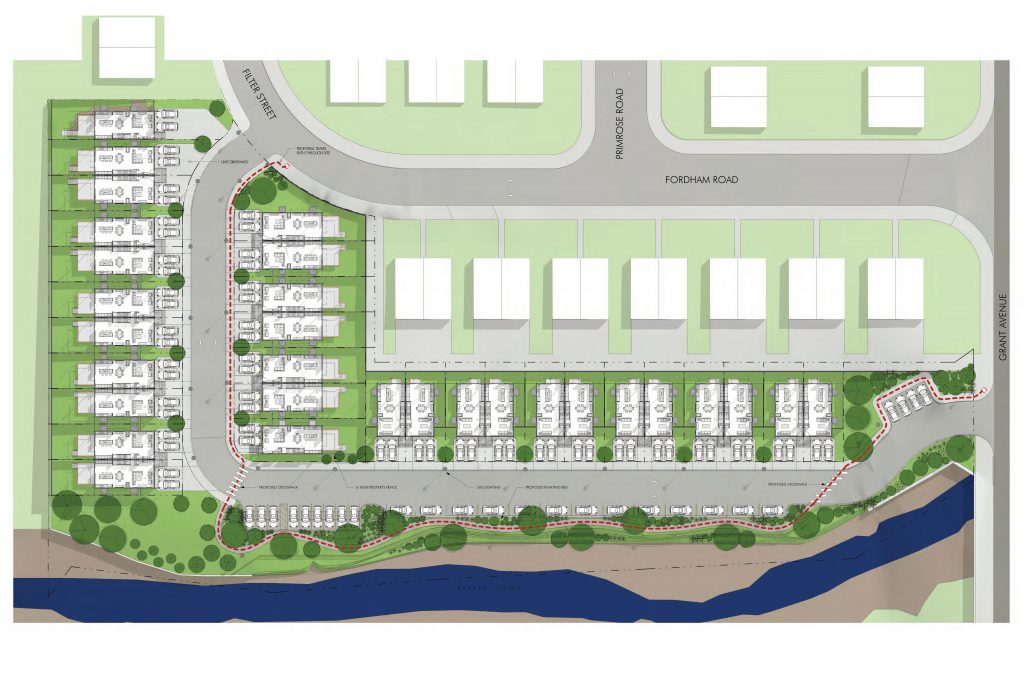 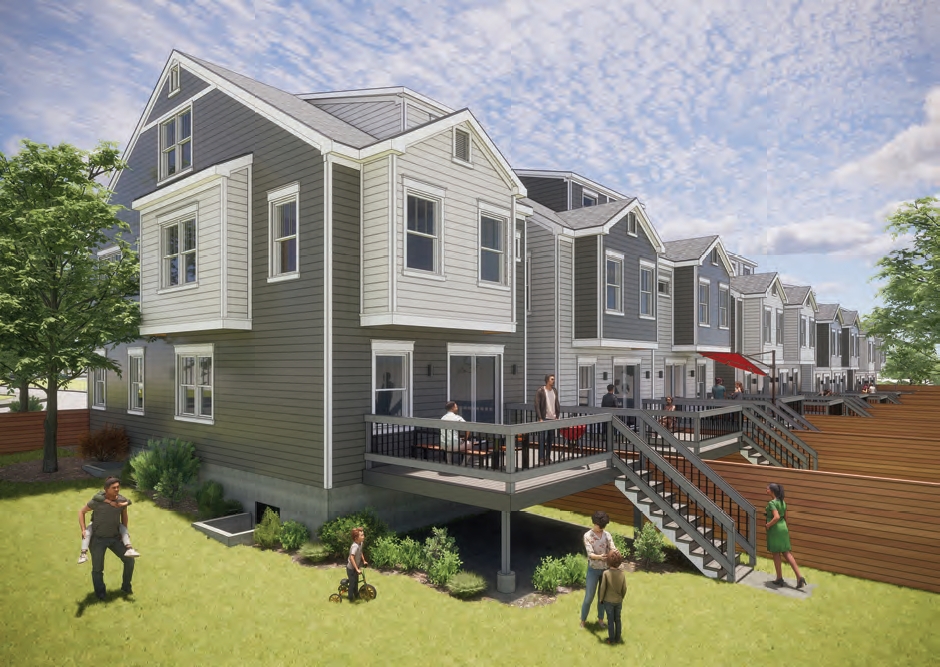 The development will replace an abandoned fitness club and an adjacent parking lot. The Aquatic Fitness Center once sported a large barrel roof that rose prominently above the suburban-style neighborhood. The structure was reduced to a charred ruin in a four-alarm fire in March 2017, and the site has sat unused since. In the meantime, the embankment at the parking lot facing the creek bank has partially collapsed.

The Civic Design Review submission illustrates that townhouses will replace the remaining fitness center structure and a large portion of the garage. The embankment and fence at the creek-adjacent portion will be dismantled and replaced with a sloped green space, reinforced with a green wall system and planted with a native seed mix. A winding, roughly 400-foot-long trail will run along the upper rim of the slope, which will surely become a beloved local amenity in a neighborhood that lacks much shared public, or even semi-public (such as the proposed trail), space. 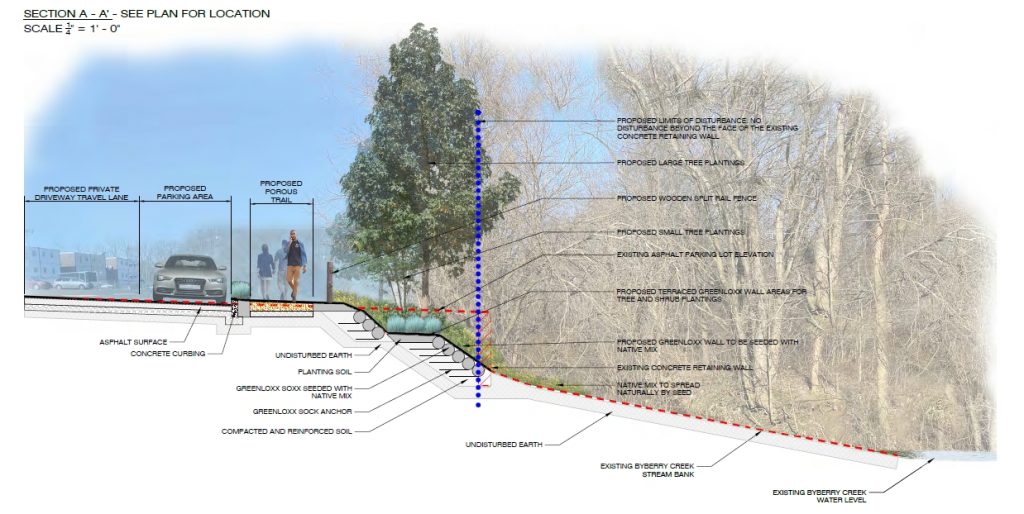 Far Northeast Philadelphia was built out with low-density residential tracts in the postwar period and rarely sees development these days. However, construction and development still pops up on our radar on occasion. In March YIMBY reported on permit filings for the demolition of a 397,000-square-foot warehouse at 9801 Blue Grass Road next to the nearby Northeast Philadelphia Airport. In October of last year, we reviewed in detail a 1-million-square-foot delivery facility proposed at 1 Lion Road in Bustleton, and followed up with an encore in November that discussed design updates that have been released in the meantime.

Demolition Permits Issued for a 397,000-Square-Foot Warehouse at 9801 Blue Grass Road by the Northeast Philadelphia Airport