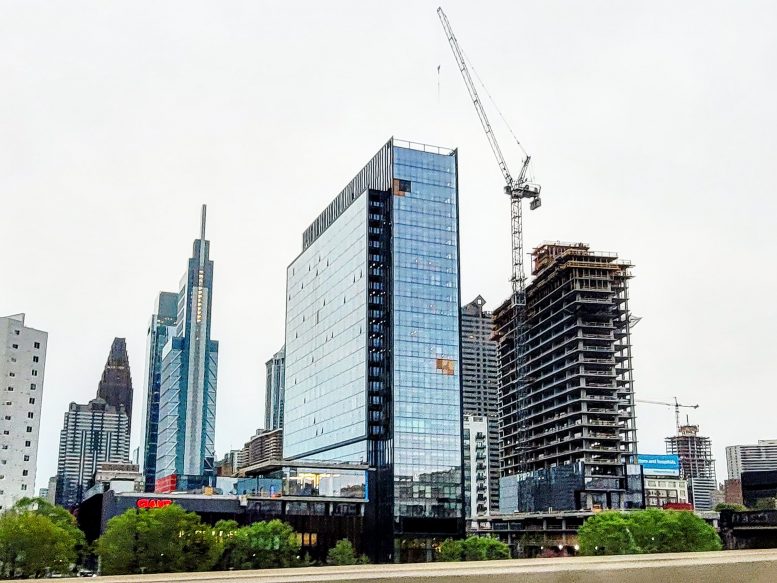 Riverwalk north tower from I-76. Photo by Thomas Koloski

The last update featured the north tower opening a portion on the building to the public., with the spacious two story GIANT opening on March 19th. At the podium, large logos promoting the store lit up. The red logo can even be seen from the Cira Center. Speaking of red lights, it was also noticeable that the red aviation warning lights were turned on for the first time. 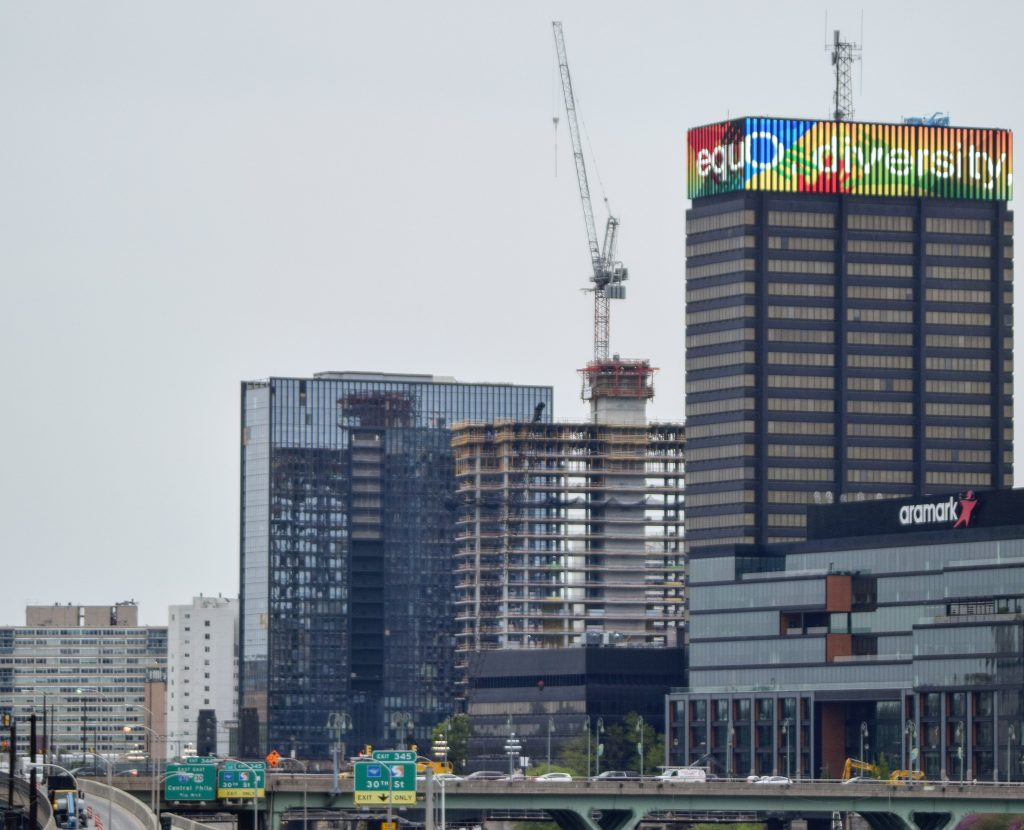 At night, interior progress is evident through the illumination with finalized lighting on nearly every floor. The building’s façade is also wrapping construction soon, though there are still multiple missing panels on each face of the building. The area around the tower has become busier with more pedestrian traffic due to the supermarket.