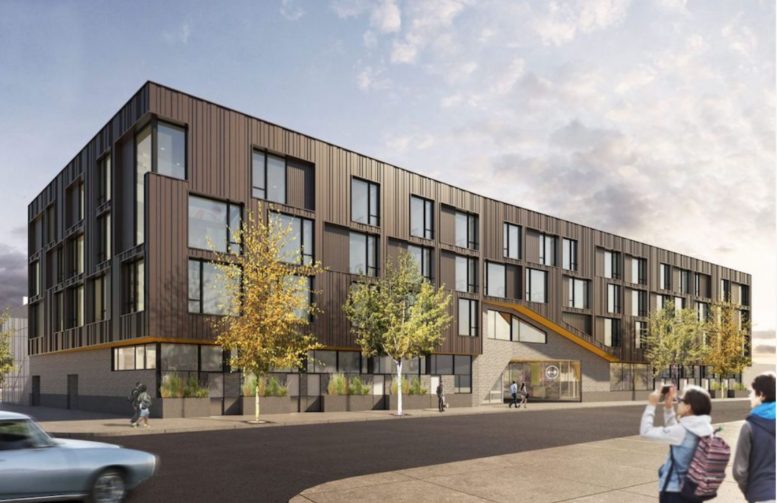 Construction work is making rapid progress on The Block at SoNo (also known as SoNo and SoNo Apartments), a 49-unit mixed-use development located at 456 North 5th Street in Northern Liberties. Designed by ISA Architects, the building stands four stories tall, with three commercial spaces on the ground floor, of which one will face North 5th Street, while the other two will open onto the parking lot at the building’s rear. The upper floors will hold residential units. 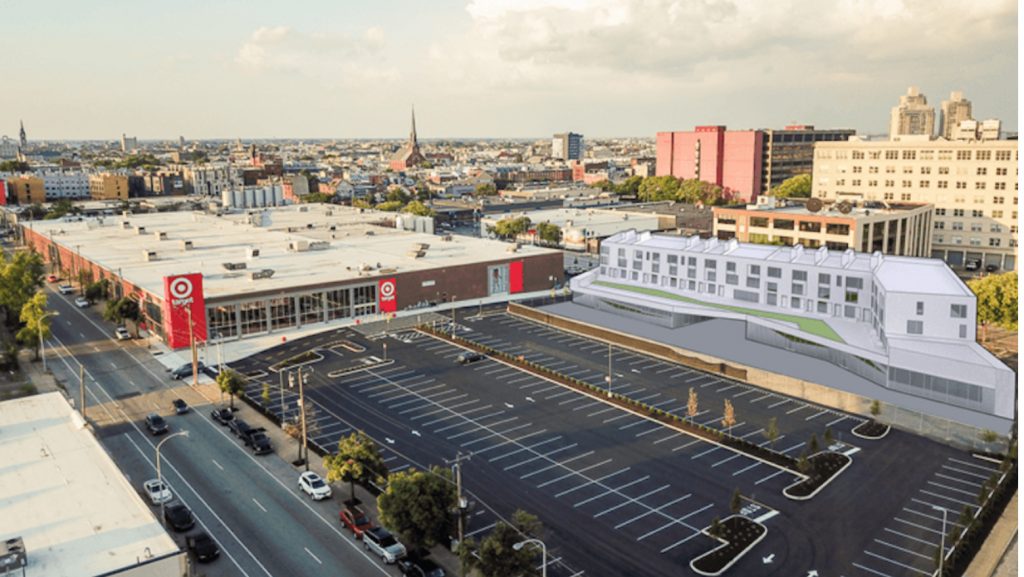 Rendering of The Block at SONO. Credit: ISA Architects.

The building features a modern, sleek design, clad largely in black metal panels that rise up the upper three floors. Gray cladding will span the ground floor and add contrast to the design. Large windows will be arranged in an alternating pattern, adding texture to the design, while their location at indentations on the building’s face adds form. To the rear of the building along the surface lot, a single-story podium juts out from the structure in a curved shape, where costumers can enter the interior commercial spaces. 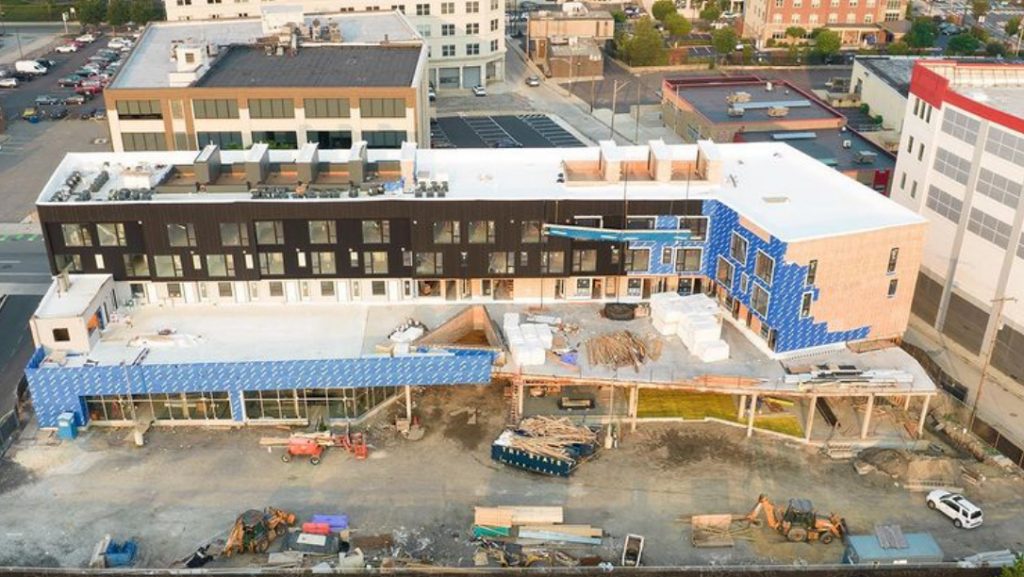 Current view of the site. Credit: The Block At SoNo. 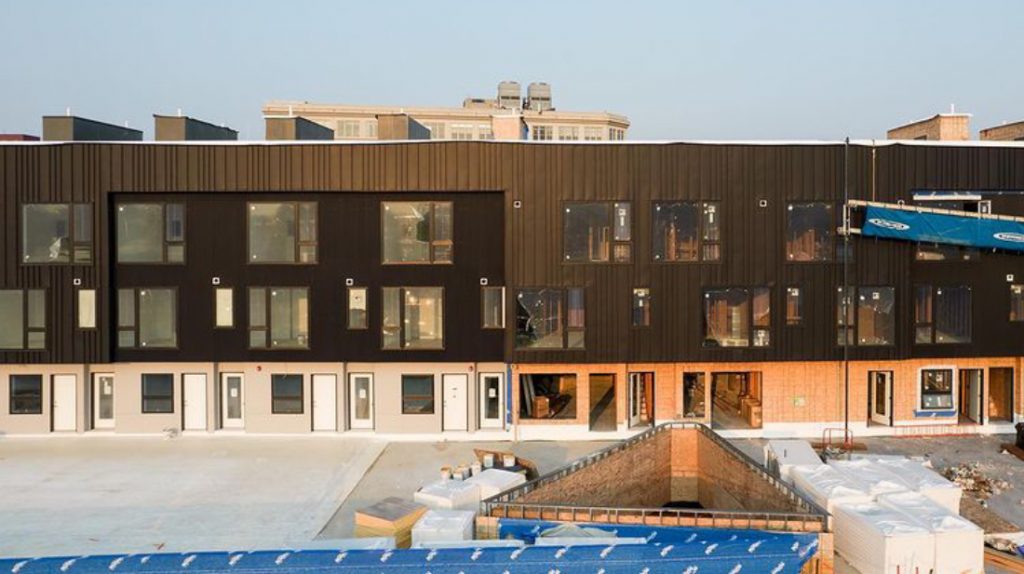 Current view of the site. Credit: The Block At SoNo.

Exterior work has come out quite nicely, with much of the black metal panels already installed, providing a good look at what the building’s final appearance. The jagged corners and windows have come out just as renderings showed, and lend an attractive appearance to the surrounding area.

Some portions of the structure, however, still have more work to go, with the entire ground floor yet to have seen façade installation, and sections of the upper floors are still coated with home wrap. Presumably, once more of the interior work gets underway, the ground floor will be sealed off and façade installation will bring the structure to its final appearance.

The addition of density and commercial space to the dead zone between Interstate 676 and Spring Garden Street is a major win. While it is unfortunate that two of the commercial spaces will be very auto-oriented, facing the parking lot to the building’s rear, the 5th Street space is a major step in the right direction and will help kickstart the area’s imminent transformation.

As highlighted in a special feature covering the neighborhood, at least 1,419 residential units are planned or under construction in this area, with these 49 being the first to open for residents. The massive quantity of density and commercial influx that will come with the assorted projects will do much to turn the area into one of Philadelphia’s most vibrant. Given its location between Old City in Center City to the south and central Northern Liberties to the north, it comes as a surprise that the development boom is only just beginning now.