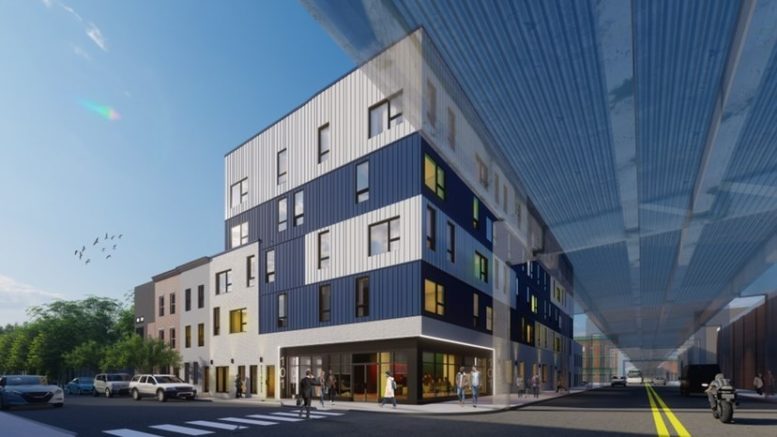 Construction is underway at a five-story, 38-unit mixed-use development at 1600 North Front Street in Fishtown, Kensington, next to the elevated Market-Frankford Street Line. Designed by KJO Architecture, the building will feature retail at the ground floor, which will contribute to the commercial corridor along the street.

The low-rise commercial building that stood at the site has been demolished over the course of 2020. Despite being a classic commercial/industrial building characteristic for the neighborhood, it offered no redeeming architectural qualities and its replacement with the worthy successor is a positive for the neighborhood. We only regret that the new building will block a mural located on an adjacent building on West Oxford Street, which has graced the site only since late 2017. 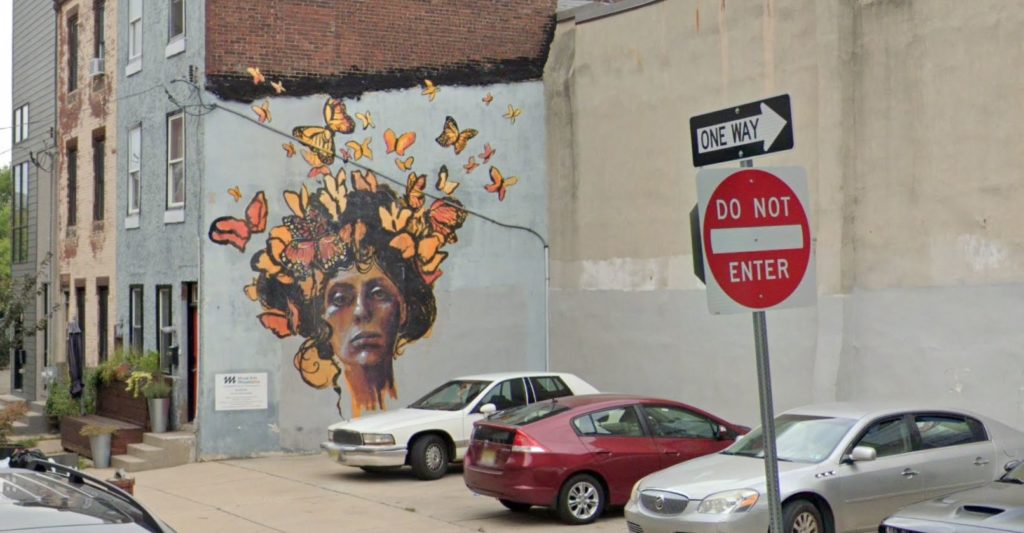 The project site is located at the northwest corner of North Front Street and East Oxford Street, near the junction of the Fishtown, Olde Kensington, and Norris Square neighborhoods. The project will add ample density and housing stock to the rapidly-growing neighborhood.

Be the first to comment on "Construction Underway on 38-Unit Residential Building at 1600 North Front Street in Fishtown, Kensington"