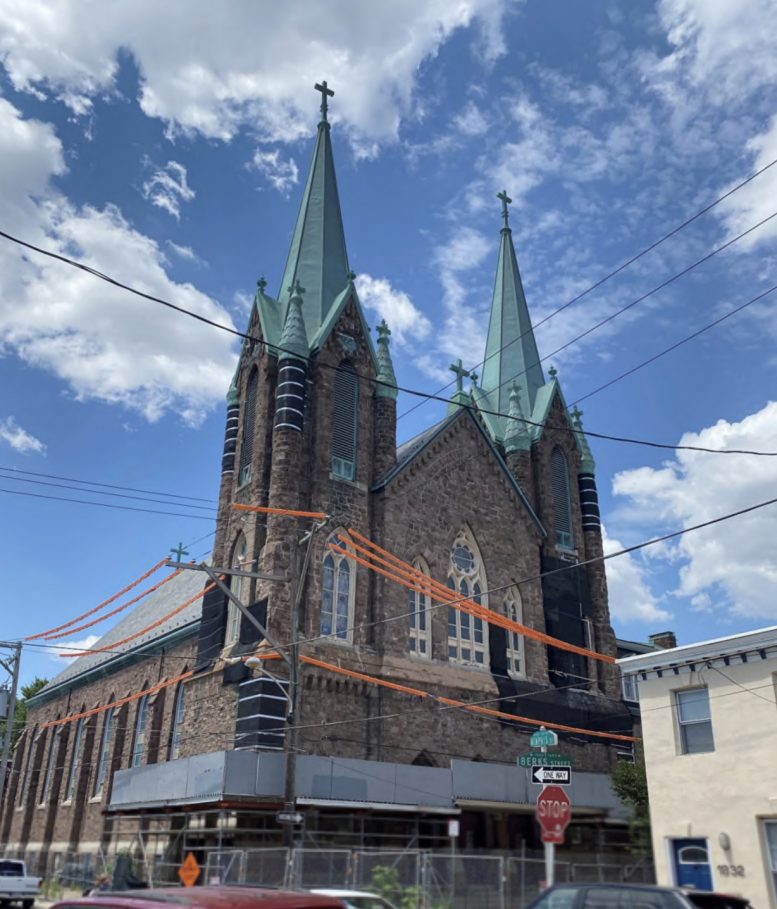 According to the demolition proposal provided to the City of Philadelphia, engineers predicted an 80 percent chance of collapse of the two main towers if not removed within three years, and a 100 percent chance of collapse if not removed within ten due to major cracking and lack of structural integrity. The demolition is under strict oversight from the Philadelphia Historic Commission and has a structured plan to ensure major portions of the building will be preserved, which include murals, stained glass, doors, and other items deemed historically significant. The structure is required to be scanned prior to demolition to preserve the facade digitally.

The church was created as a place of worship for the impoverished Catholic Polish community in 1882 after petitioning the Archbishop of Philadelphia James F. Wood. Architect Edwin Forrest Durang designed the Saint Laurentius which then became the oldest Catholic Polish church in Philadelphia. The building was officially closed in March of 2014. The City of Philadelphia and the owner of the property received proposals for a third party to renovate the structure and turn it into several residential units but all plans were unsuccessful due to rising costs and community intervention.

Demolition is slated to being in November 2021.