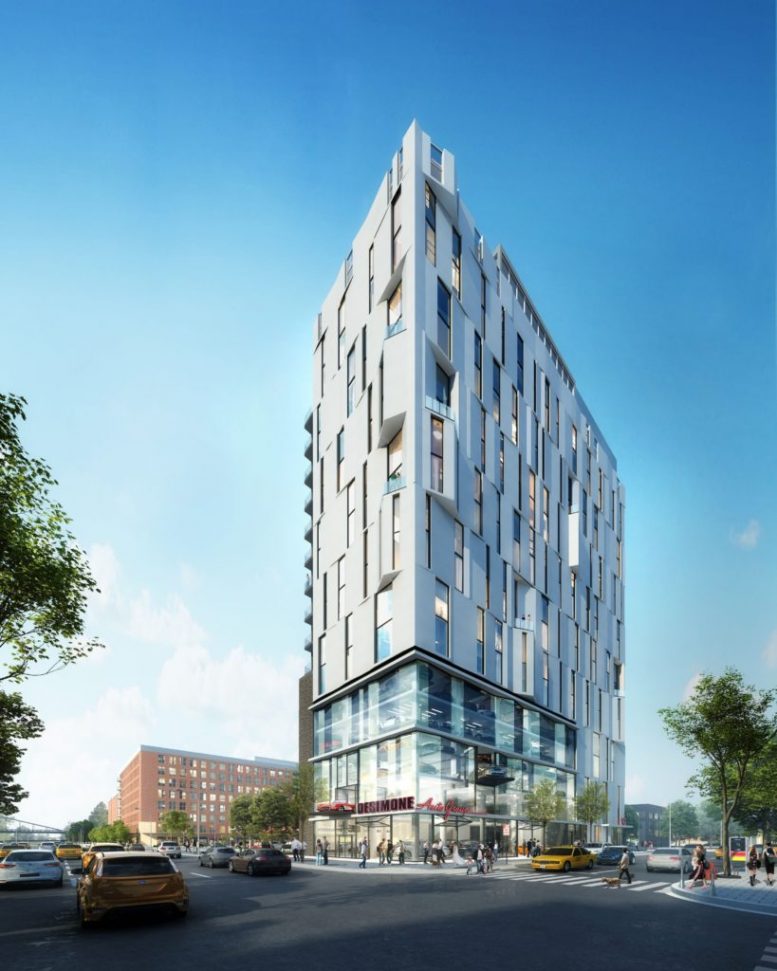 Philly YIMBY’s recent site visit revealed no new progress at the site of the DeSimone Tower, a 18-story, 96-unit mixed-use building proposed at 626 North Delaware Avenue in Northern Liberties, North Philadelphia. Designed by Coscia Moos Architecture, the building, also known under its full address of 626-30 North Delaware Avenue, is slated to rise at a site bordered by the Delaware Avenue to the east, Fairmount Avenue to the north, and North Front Street to the west, next to the Delaware River waterfront. The development takes its name from DeSimone Automotive Group, which plans to run a multi-level car dealership at the building base. Apartments will be located on the floors above. 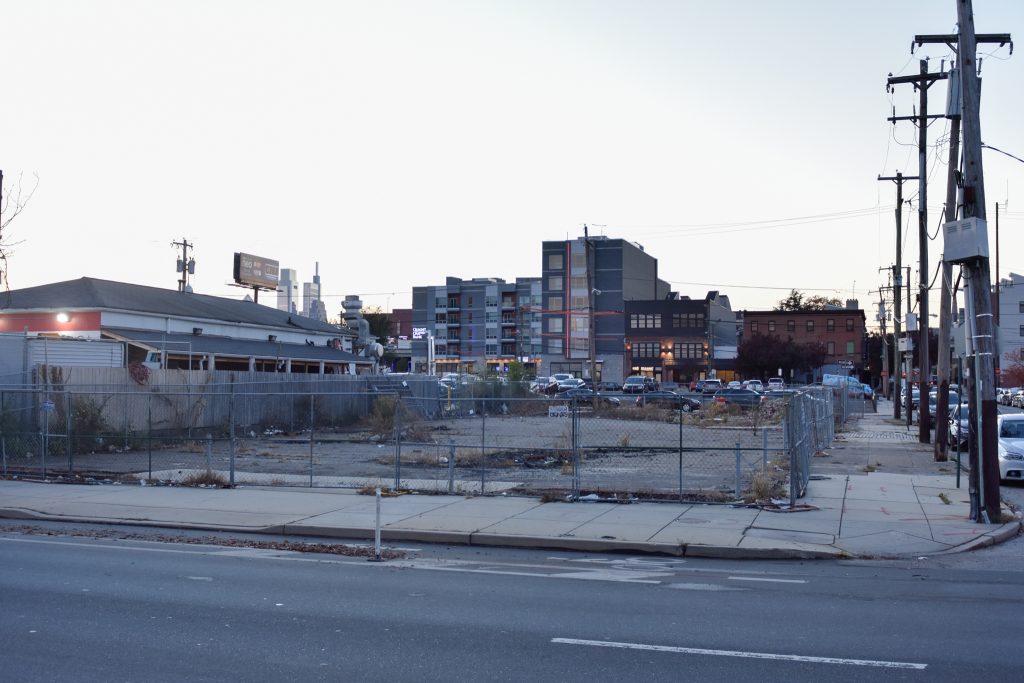 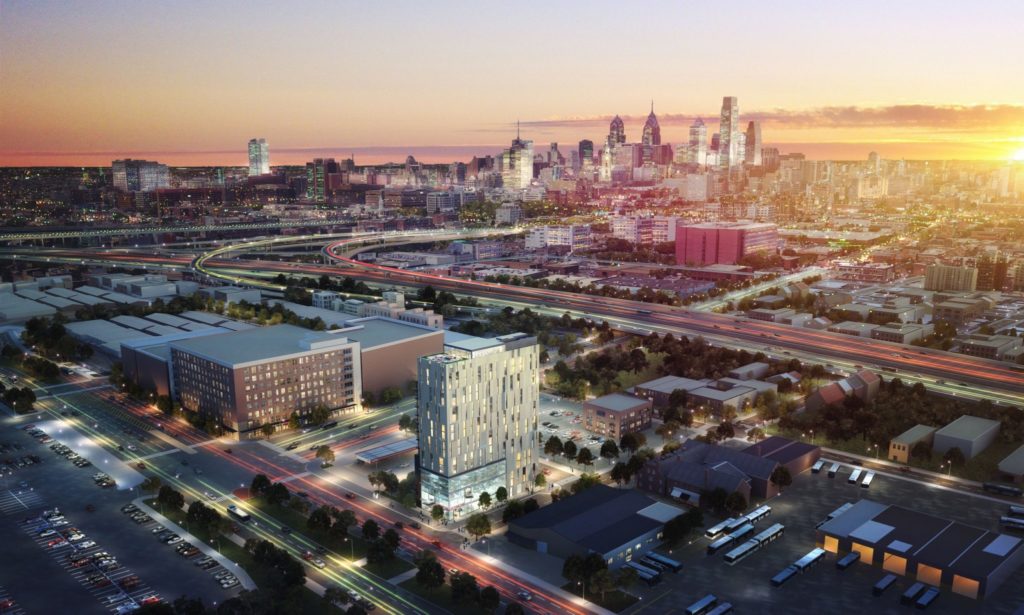 The building will feature a sleek, energetic design that will stand out from its surroundings. The lower levels will be encased in glass, displaying the cars on sale at the dealership. At certain locations, shelves will cantilever out above the sidewalk, showcasing select cars to passing pedestrians. The latter was confirmed to be more than an aesthetic flourish to spruce up renderings, but rather as a deliberate design gesture confirmed on the official architect description. 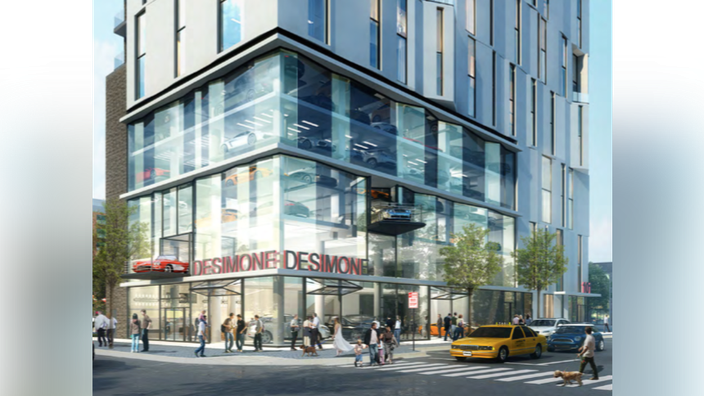 The upper residential floors will be clad in off-white precast and metal panels with staggering windows and angled protruding sections. A roof deck will sit at the pinnacle.

The development went through the Civic Design Review process and received approval during the July 10 hearing, and passed through the Zoning Board of Adjustment process in August. Progress has slowed since then, as construction permits were issued only two years later, in August 2020.

The process apparently continues to stall at a near-standstill, if not a full stop. Our recent visit to the site revealed no noticeable change at the site since our previous visit in November 2020, when we observed a cleared, torn-up lot surrounded with a chain link fence. 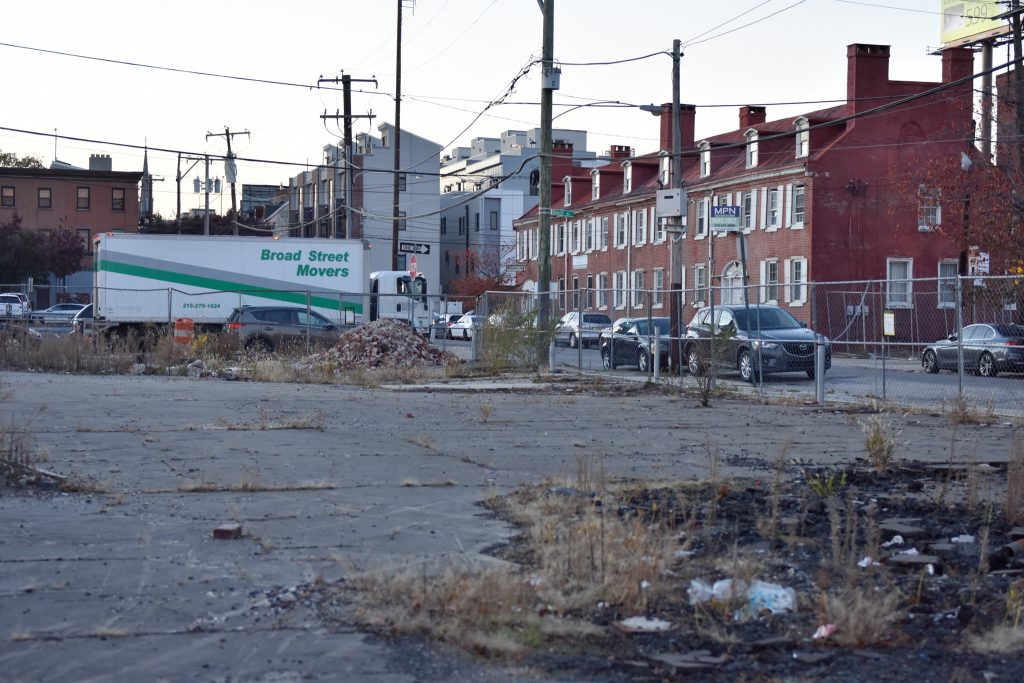 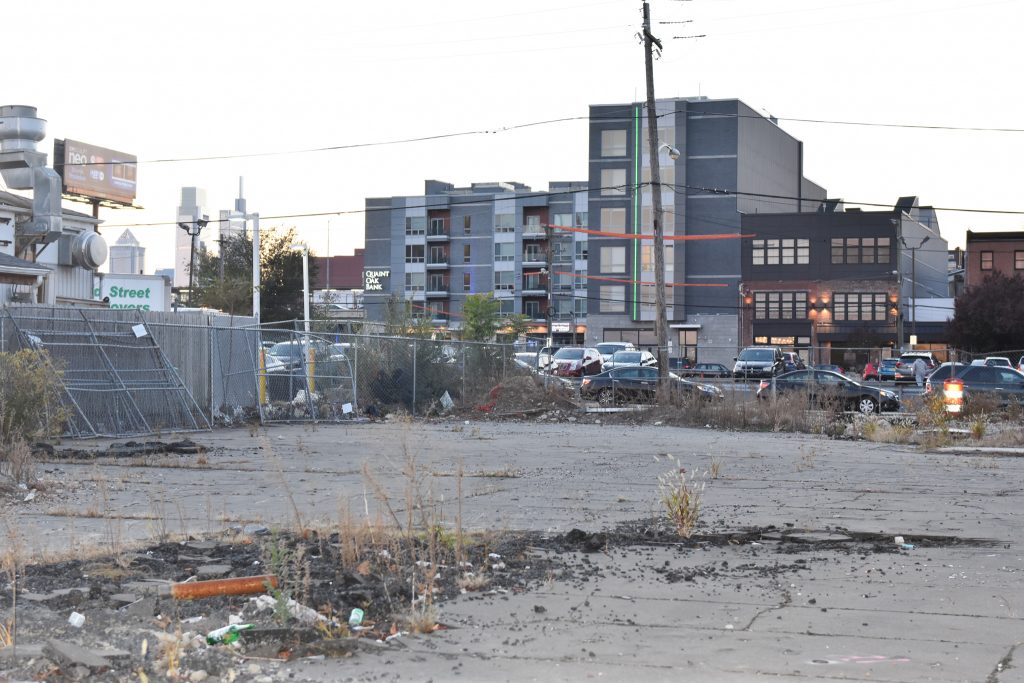 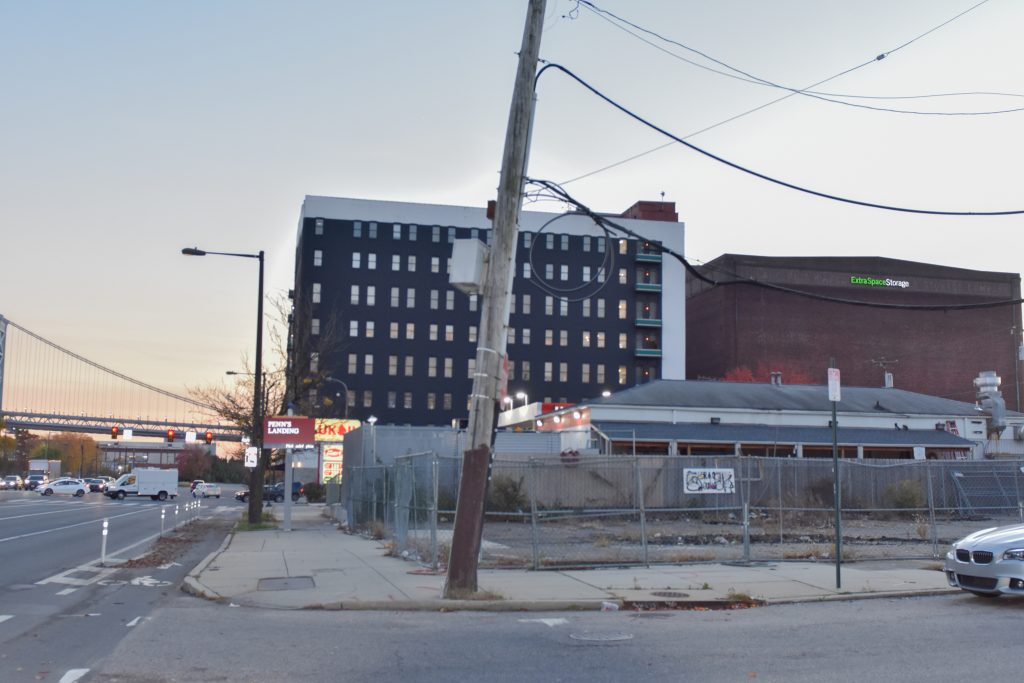 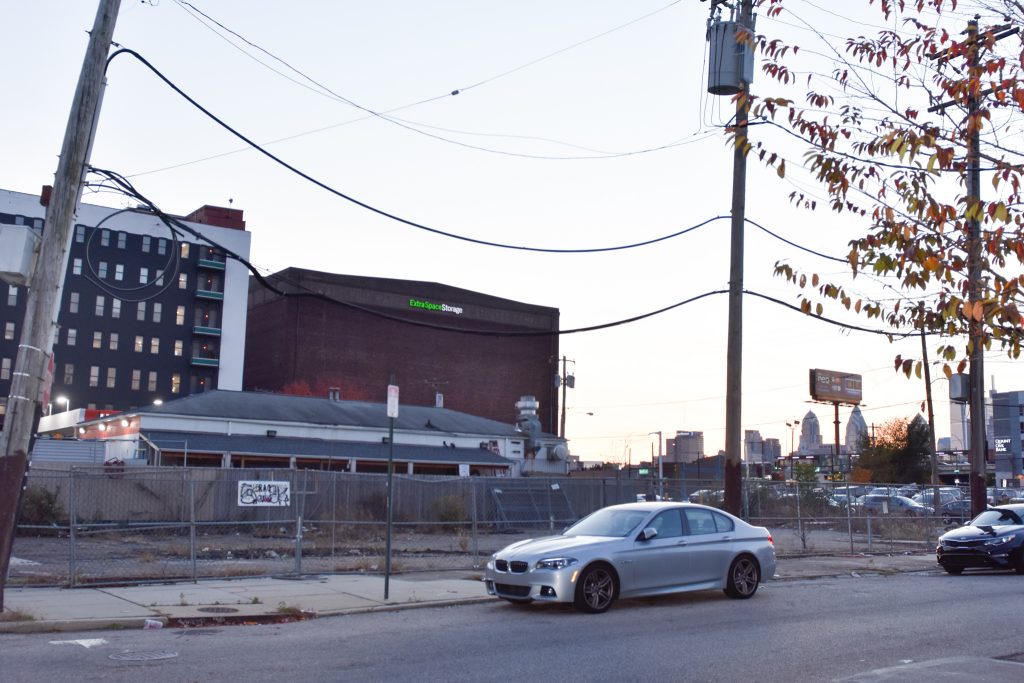 We hope to see progress at the site in the near future, as the development promises to be an an attractive and pedestrian-friendly addition to the rapidly growing neighborhood.