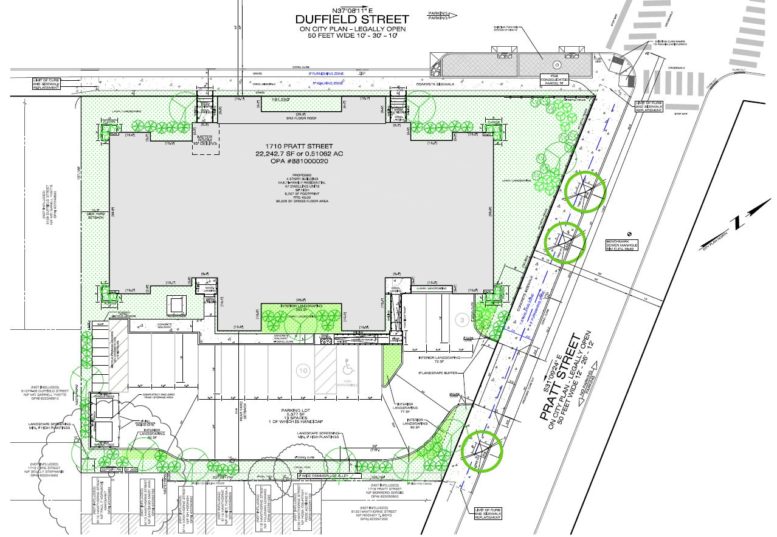 Permits have been issued for the construction of a four-story, 47-unit apartment building at 5127 Duffield Street in Frankford, Northeast Philadelphia. The development will replace an overgrown vacant lot at the southern corner of Duffield Street and Pratt Street. Designed by Ruggiero Plante Land Design, the structure will rise 38 feet tall (likely to the main roof, with possible overruns for parapets and bulkheads) and will span 36,708 square feet (or 36,205 square feet, according to the site plan), yielding an average of around 775 square feet per unit. The development will feature full sprinkling and outdoor parking for 13 cars and 16 bicycles. Permits list Gateway Court LP as the owner and Buckley Futures LLC as the contractor. The construction cost is specified at $2.15 million. 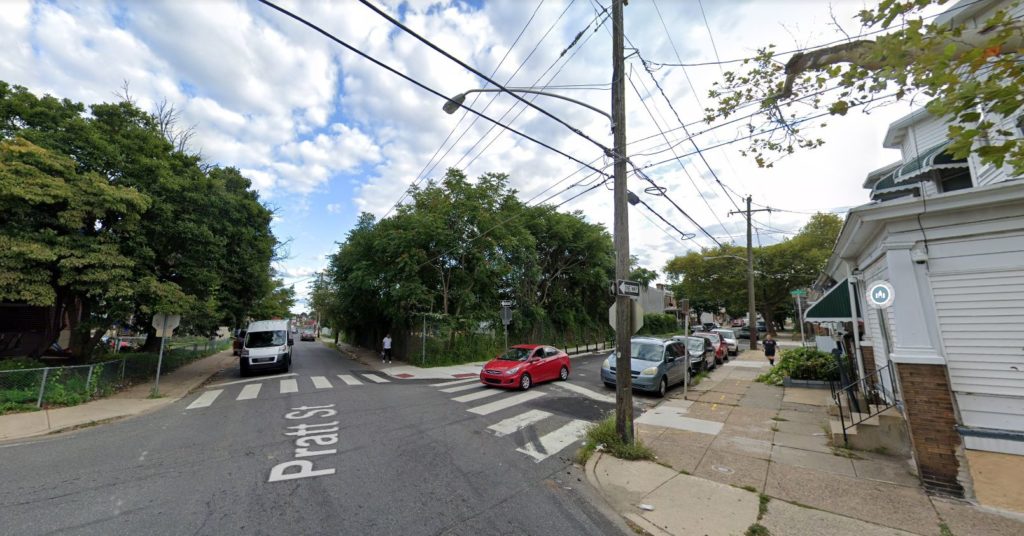 No building elevations or renderings are currently available, but a site plan submitted to the City of Philadelphia lends us a glimpse into the planned development. The structure will be situated in a detached, freestanding manner, set back by at least ten or so feet in most directions from both the sidewalk and adjacent properties. The parking lot will be situated in an interior portion of the lot, with access via Pratt Street. 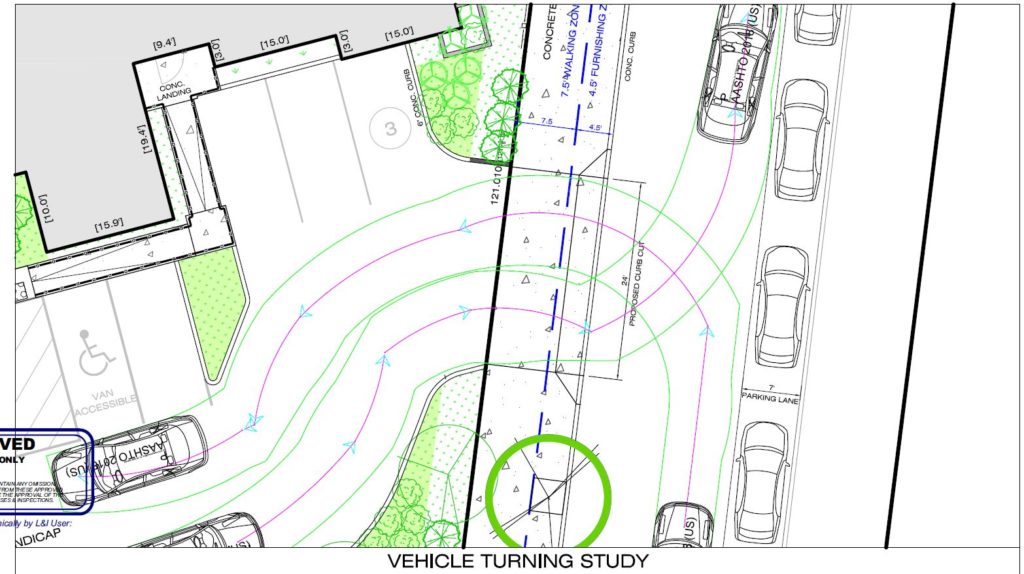 Although such setbacks would be detrimental to the urban fabric in dense inner-city neighborhoods, they are appropriate for lower-density Frankford, a Near Northeast Philadelphia neighborhood situated just to the northeast of Kensington. Frankford is a transitional neighborhood that channels an urbane ambience with rows of attached rowhouses, yet features larger-than-average yards and very few structures comparable in scale to the one proposed at 5127 Duffield Street. In addition, the building will indeed meet the sidewalk line by the main entrance on Duffield Street, a location where the structure’s interaction with the pedestrian realm matters the most.

The building’s articulated, multi-faceted cruciform footprint indicates that regardless of the specifics of the design, the structure is bound to be visually interesting, at least more so than the boxy buildings that predominate in new construction. On the other hand, judging by other new developments that fit four stories within the oppressively limiting, 38-foot height restriction, the building at 5127 Duffield Street will feature a low base and relatively low ceilings, which will likely rise within the eight-foot range.

As such, the proposal at 5127 Duffield Street can be added to the ever-growing roster of buildings that remind us that raising the city’s prevailing height limit to at least 45 feet will drastically improve the quality of new construction by allowing for higher base levels and taller ceilings.

Although the structure will be unusually large for the neighborhood, its density is justified by its two-block proximity to the Frankford Transportation Center, the northeastern terminus of the Market-Frankford Line, which offers a 20- to 25-minute direct commute to Center City, and a half-hour, transfer-free ride to University City.

Notably, the planned building is, by far, the largest residential proposal unveiled in the city so far this month. The majority of similarly-sized buildings received their permits last December, when an avalanche of residential permit issues roared in the wake of expiration of full ten-year tax abatement benefits for new construction at the start of this year. So far, February saw minimal permit issues in the beginning of this month, and permits for only a handful of residential buildings, all under ten units, in the past week or so.