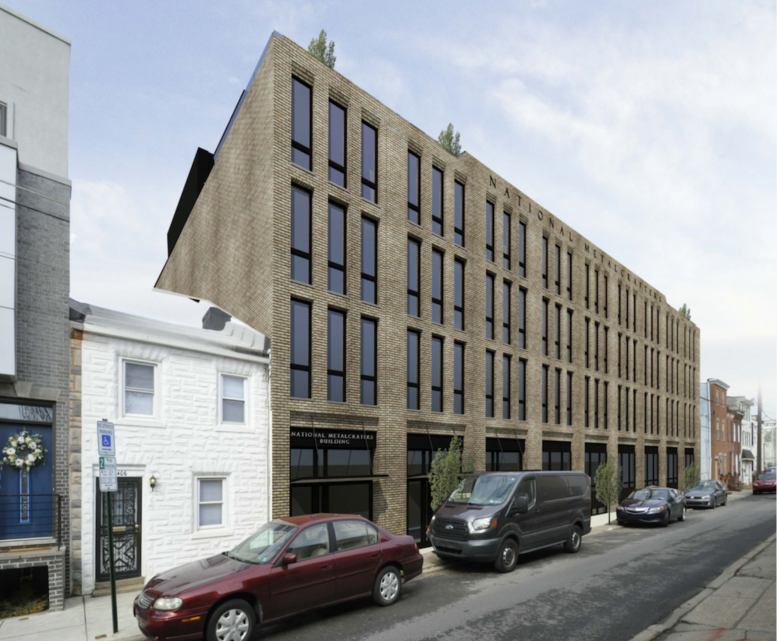 Construction continues to make steady progress at a four-story, 42-unit residential development at 1408-18 East Oxford Street in Fishtown, Kensington. Designed by Ambit Architecture, the development will span 41,211 square feet and feature 32 parking spaces and full sprinkling. Renderings indicate that the project will be called the National Metal Crafters Building, as seen from a large marquee at the parapet and a smaller sign at the street level. Permits list Level Up Development as the contractor and a construction cost of $5.25 million. 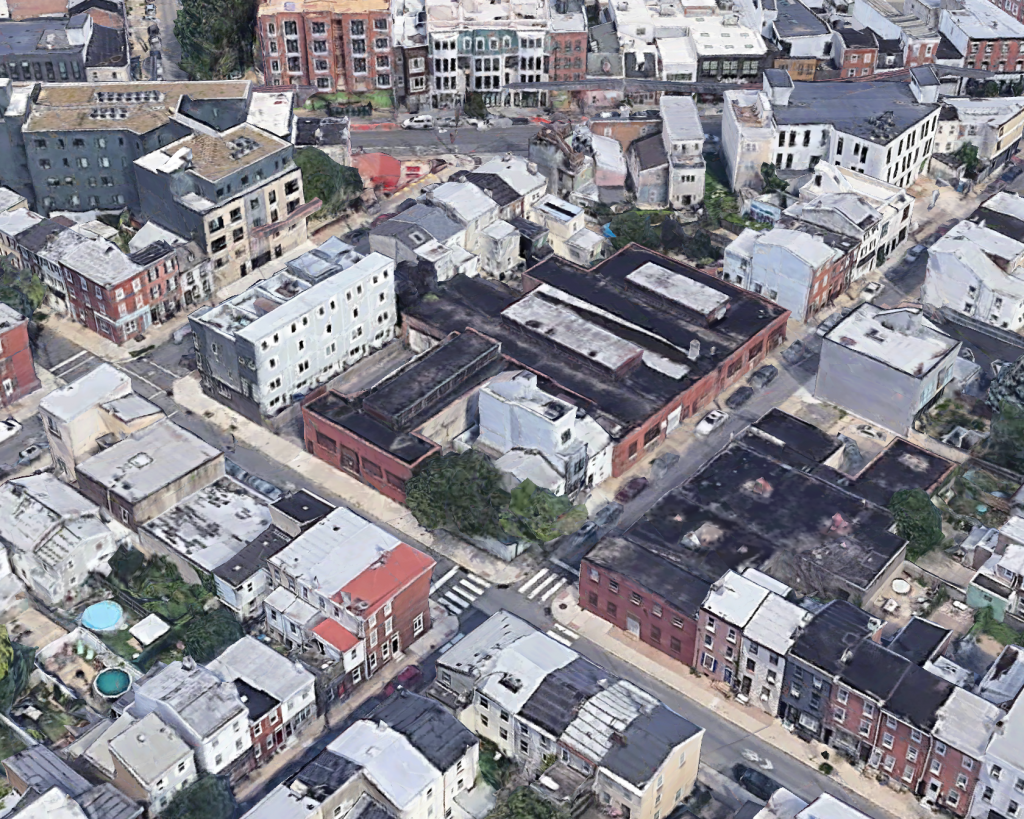 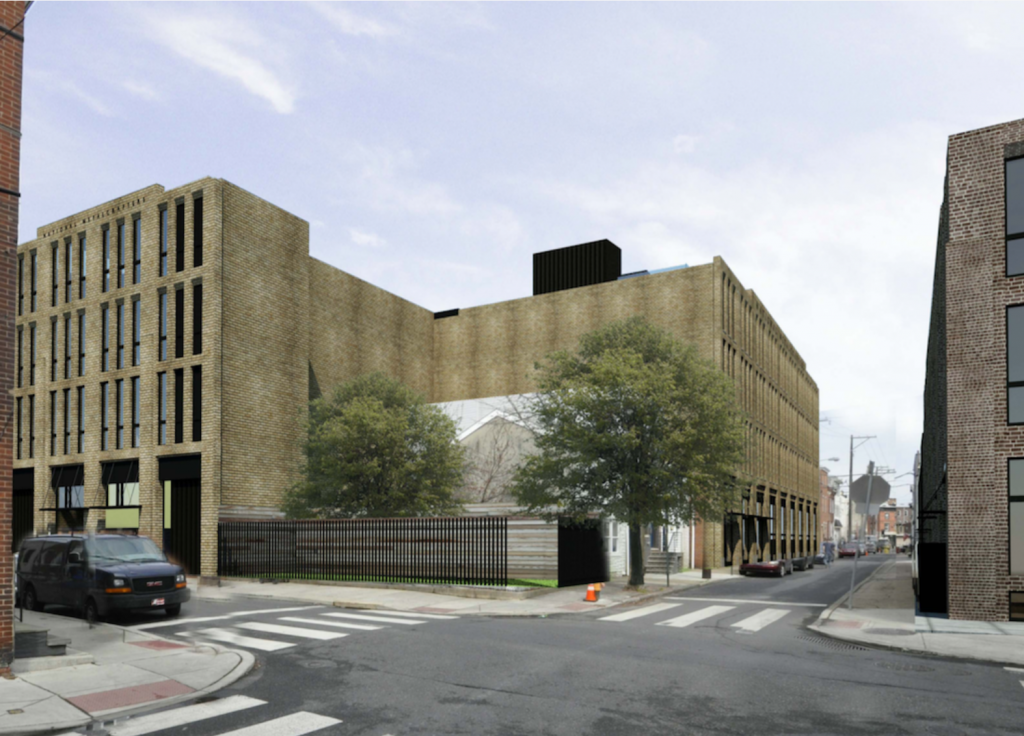 The building will feature an astute exterior that is modern yet grounded in local context. The regular, minimalist facade grid is decidedly contemporary, yet the beige brick facade pays homage to the neighborhood’s established prewar architecture. Similarly, floor-to-ceiling windows are definitely a feature of our time, yet their narrow proportions are reminiscent in spirit of classic rowhouse sash windows. Renderings also show trees at the roof, suggesting a roof deck, although no such deck is indicated in permits.

When we last visited the site in January, we found one of the masonry service cores topped out and steel assembled for the ground floor. Our latest visit revealed little progress since that time, as is expected for the winter months, yet we did spot new steel assembly at the second level. 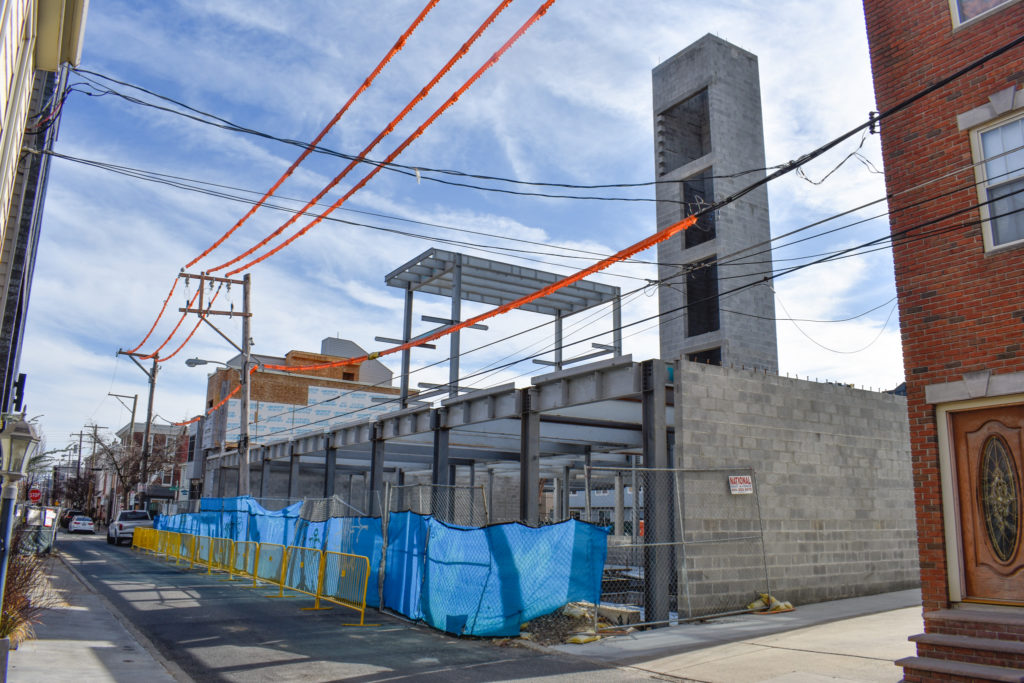 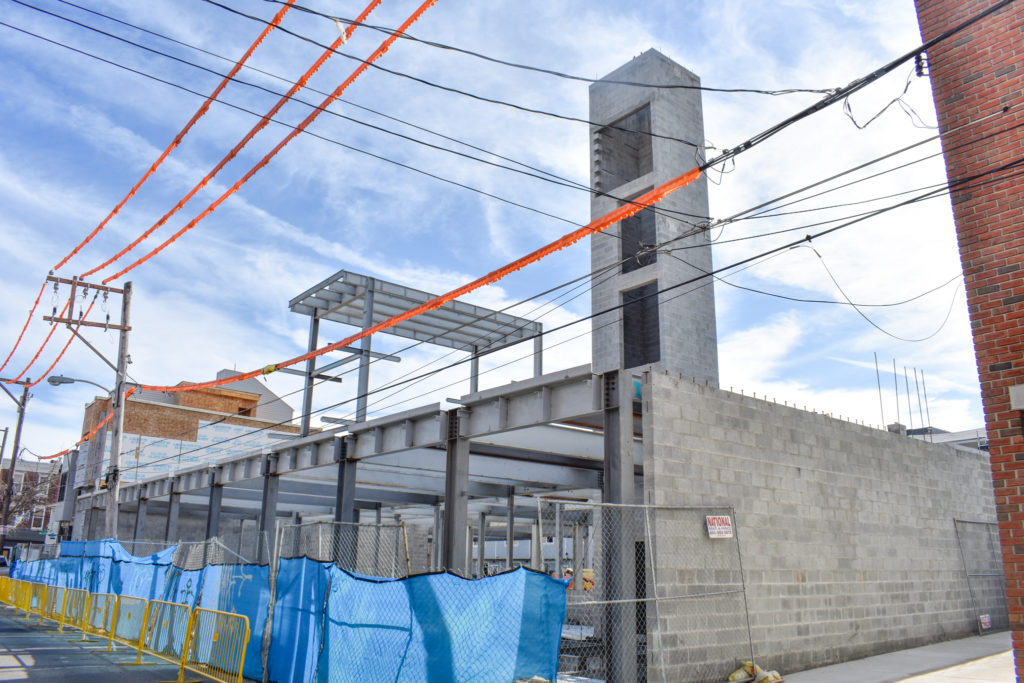 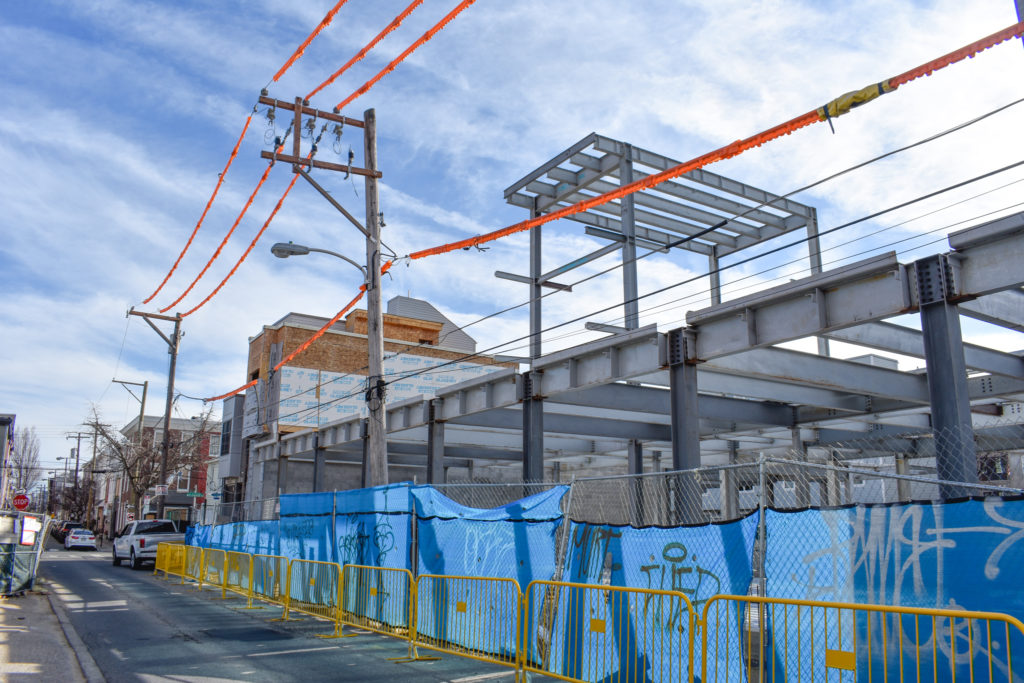 The project rises from an L-shaped site that faces Oxford Street and Belgrade Avenue, replacing a single-story warehouse. The development sits half a block away from Frankford Avenue and another block away from North Front Street, two major thoroughfares that offer ample retail, dining, and cultural establishments, as well as subway service via the Market-Frankford Line (the Girard Station is situated within an under-ten-minute walk to the southwest).