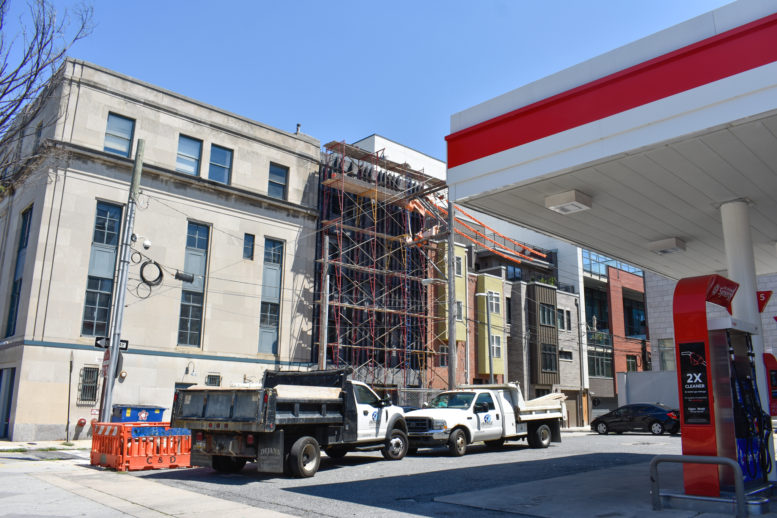 A recent site visit by Philadelphia YIMBY has documented that construction is nearly complete at K House, a four-story single-family townhouse at 1355-57 Kater Street (alternately 1355-1357 Kater Street) in Hawthorne, South Philadelphia. The structure replaces a pair of rowhouses on the north side of the block between South Clarion and South Broad streets. Designed by Moto Designshop, the development spans 4,700 square feet and will feature a cellar, a roof deck, and parking for two cars. Permits list Made Construction as the contractor. 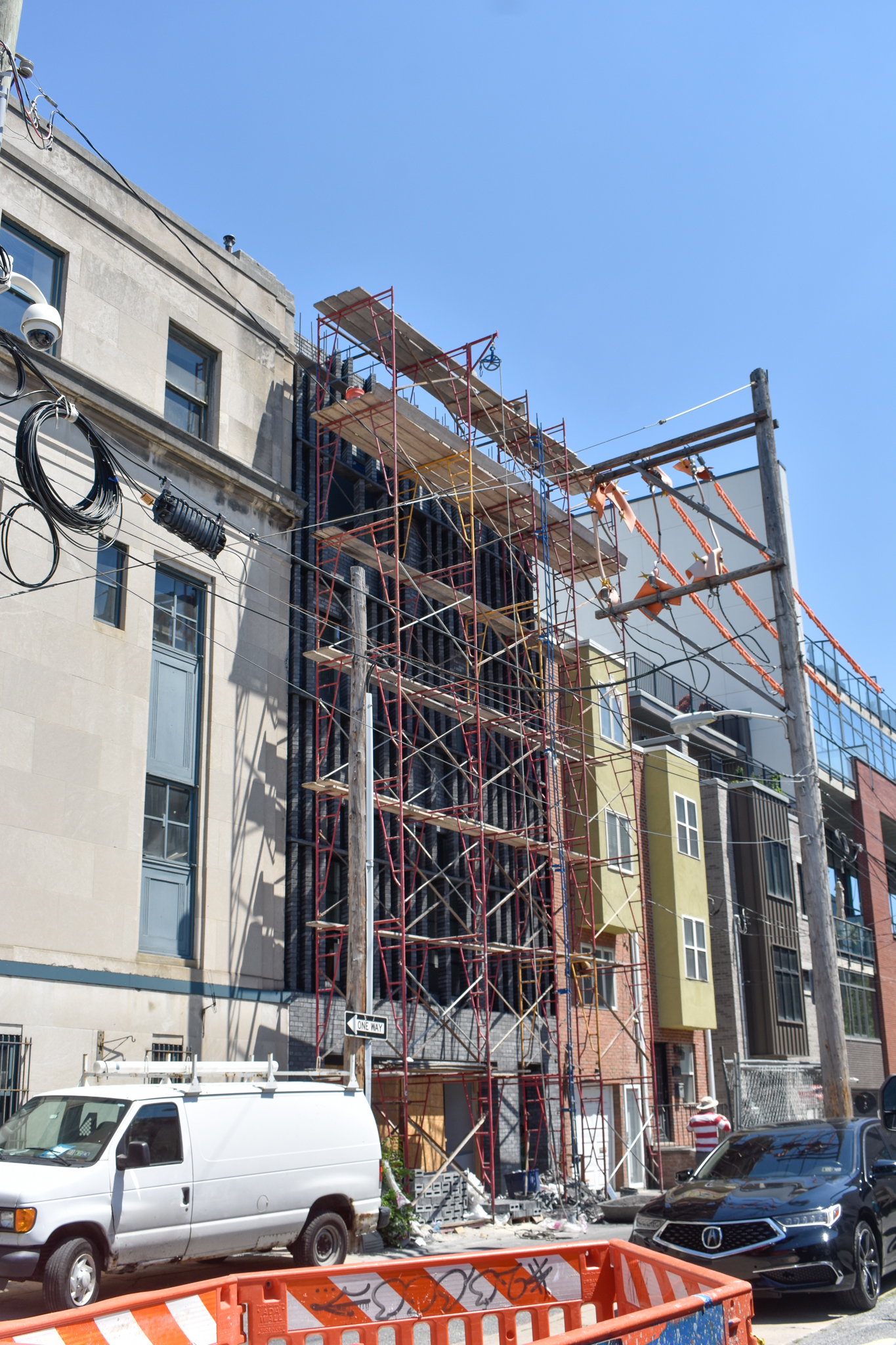 The development is notable for its understated yet striking exterior of dark gray brick arranged in vertical piers, and makes for a fine addition to the block. However, the site, situated steps away from the Lombard-South Station on the Broad Street Line, just to the south of a high-rise residential cluster along the Avenue of the Arts, clearly calls for development that offers much higher density than single-family housing. Although we are quite pleased with K House in its own right, in the future we wish to see development in the immediate vicinity with much higher densities, such as that at Broad and Lombard, the 43-story, 463-unit high-rise recently proposed a block to the northwest.