Philadelphia YIMBY has been covering the rise of the Philadelphia skyline over a year now. Today we observe the skyline from the Girard Point Bridge, which connects South Philadelphia with Southwest Philadelphia. The bridge had started construction in 1968 and was completed in 1973, just after the completion of One Meridian Plaza and while Centre Square was on the rise. The bridge, which is a double-decker cantilevered truss structure, was repainted in 2011, as it was previously coated in a fading green color. The bridge runs over the mouth of the Schuylkill River, just to the west of the Navy Yard. 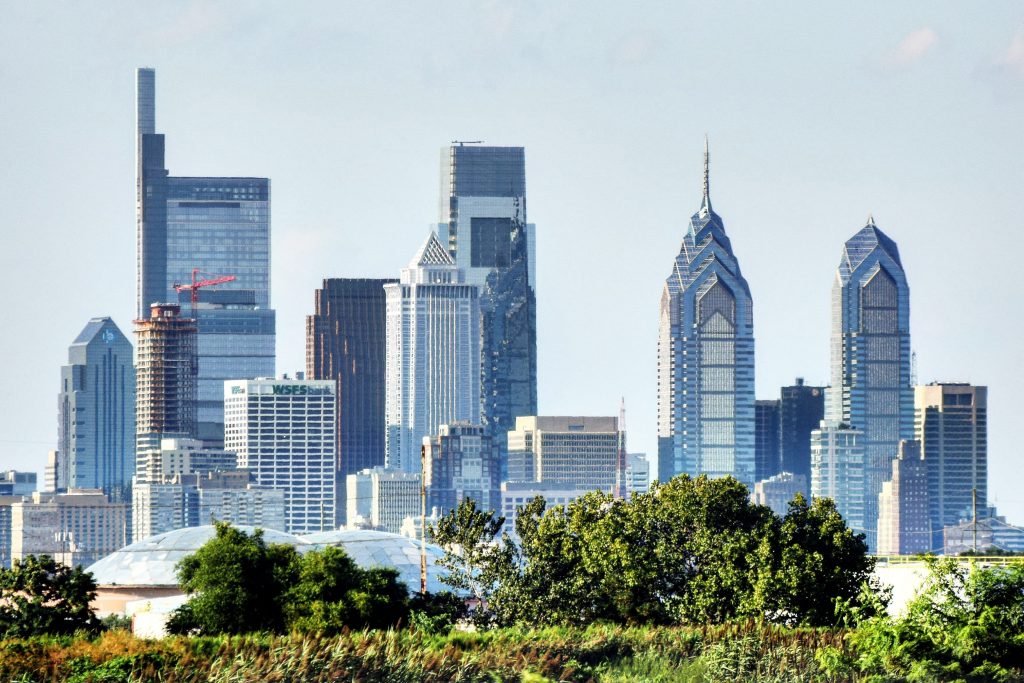 The Laurel Rittenhouse and the Center City towers from the Girard Point Bridge. Photo by Thomas Koloski 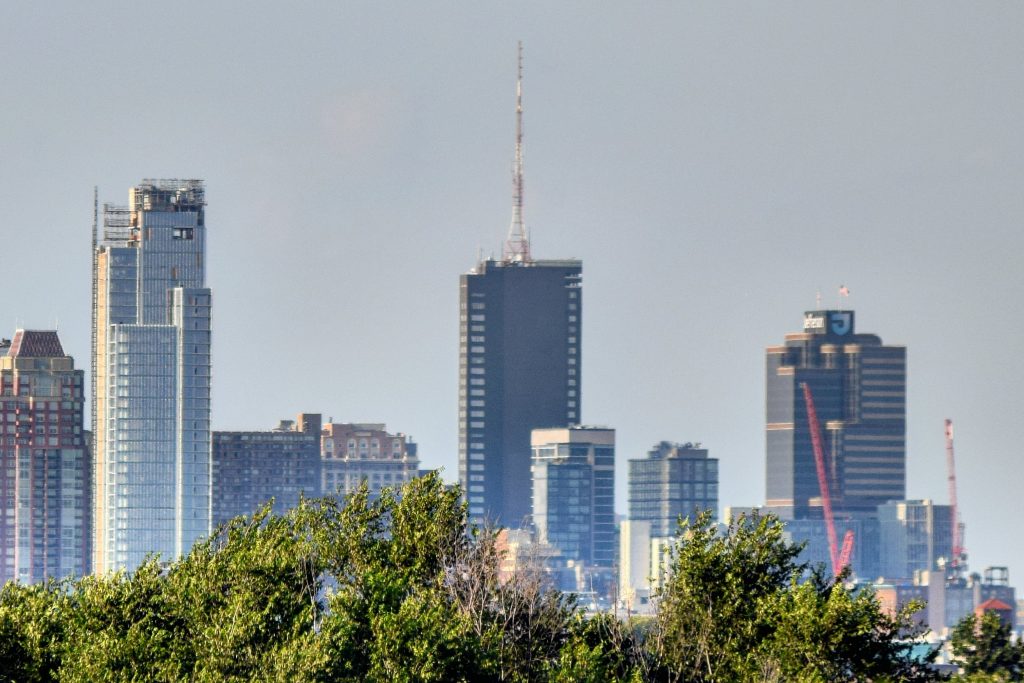 These images were taken from the lower level of the bridge, where the roadway descends to the streets of South Philadelphia. On the driver side, the skyline rises sharply into view as the towers combine and extend nearly all the way across the vista. In the foreground, several rowhomes are visible, which then stack up to bulkier and taller mid-rise towers, then eventually leading to the tallest Center City towers. 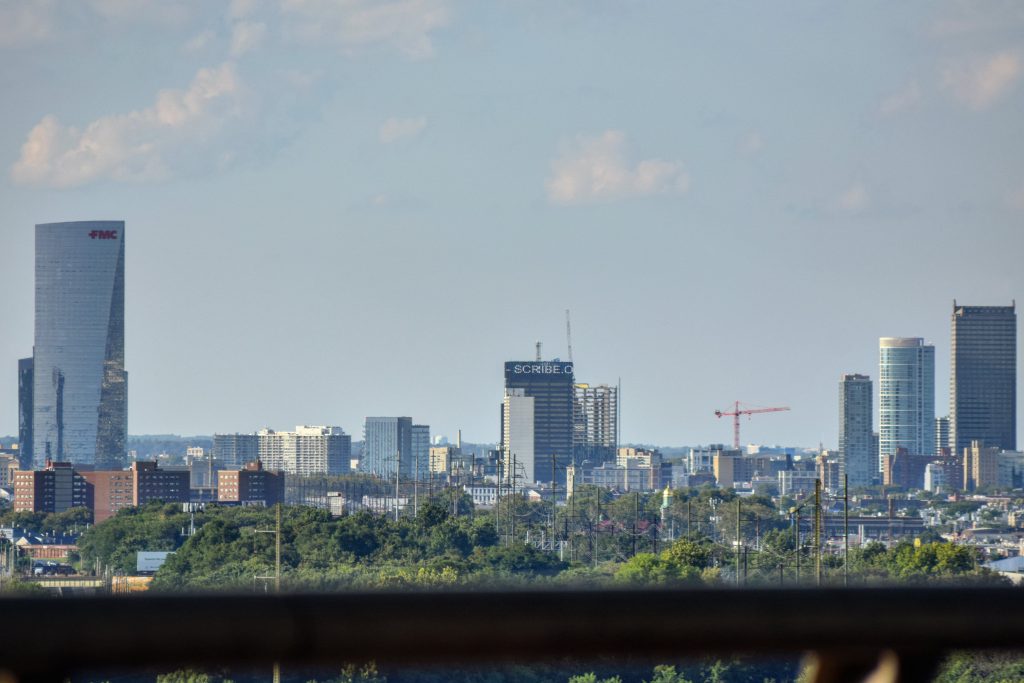 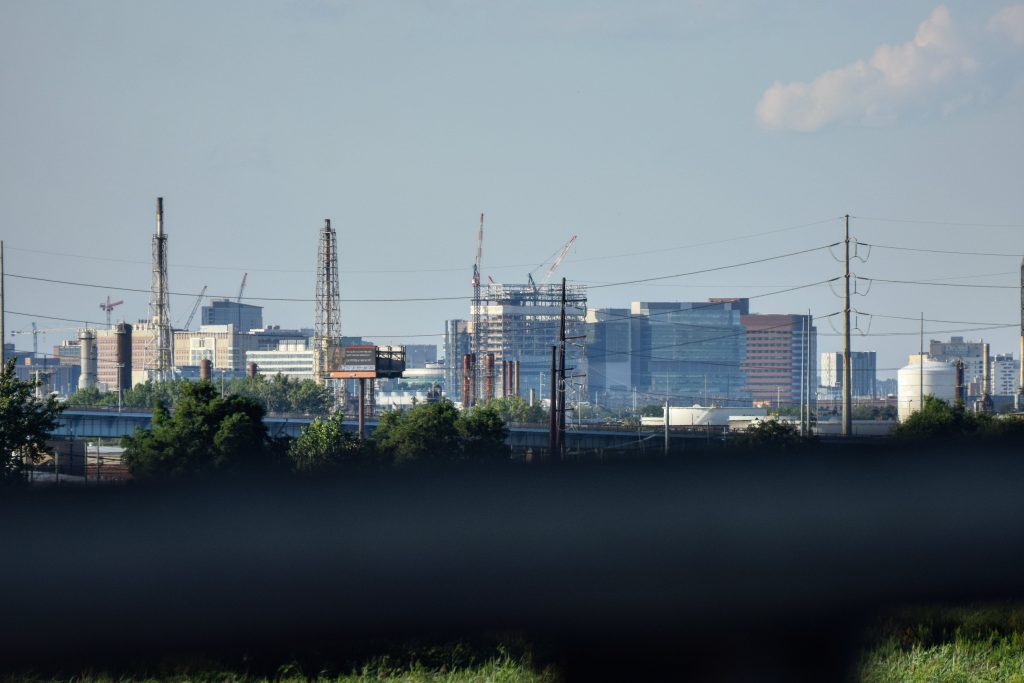 In this view, multiple under-construction buildings can be seen to have made progress. Next to the Independence Blue Cross Tower, The Laurel Rittenhouse has reached the roof and the crown is in preparation for construction. On the east side of the city, Arthaus has reached its final height, and the cladding has also reached the very top. Also in the view, next to the Schuylkill River, which divides Center City and University City, we can see the south Riverwalk tower, which has been topped for over a month. Multiple cranes are also visible for projects such as uCity Square, 2222 Market Street, and the Thomas Jefferson Specialty Care Pavilion.