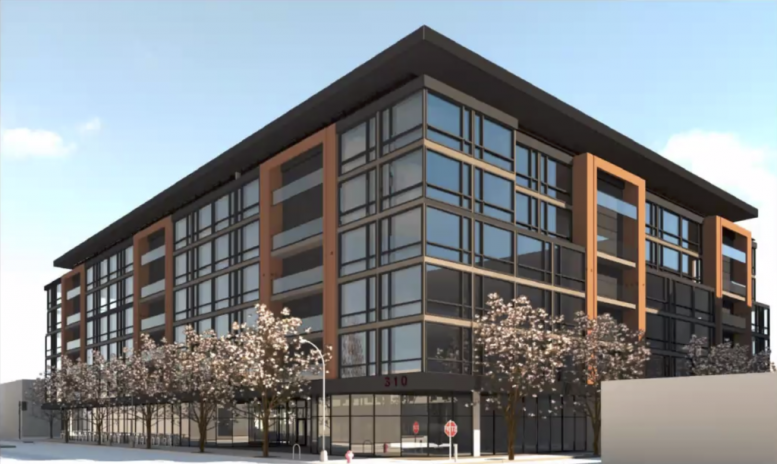 Philly YIMBY’s recent site visit revealed no signs of new activity at 310-30 West Girard Avenue in Northern Liberties, North Philadelphia, where construction is anticipated for a seven-story mixed-use building. Although no construction permits have yet been filed at the 30,102-square-foot lot, which has sat vacant for around three years as of now, a proposal surfaced earlier this summer. Designed by T + Associates Architects, the development will feature 189 residential units, 10,330 square feet of commercial space, an underground garage with 65 spaces, and parking for 68 bicycles. 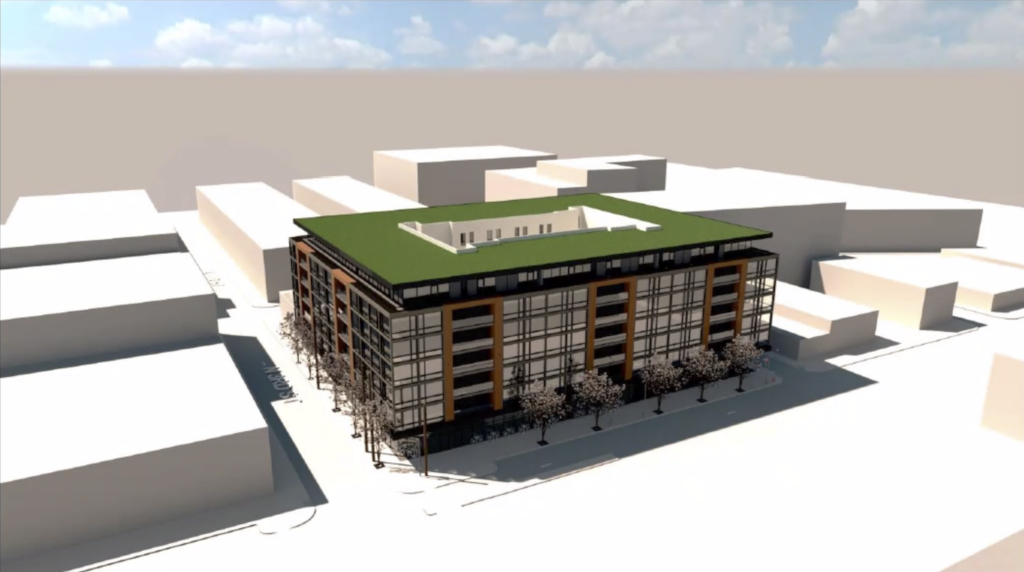 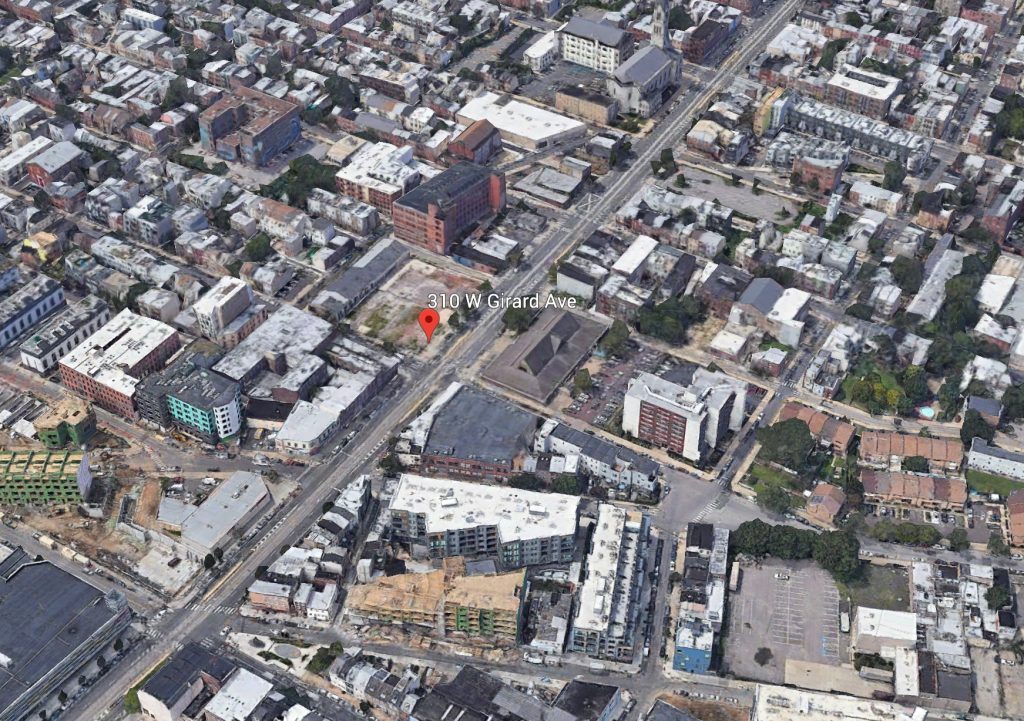 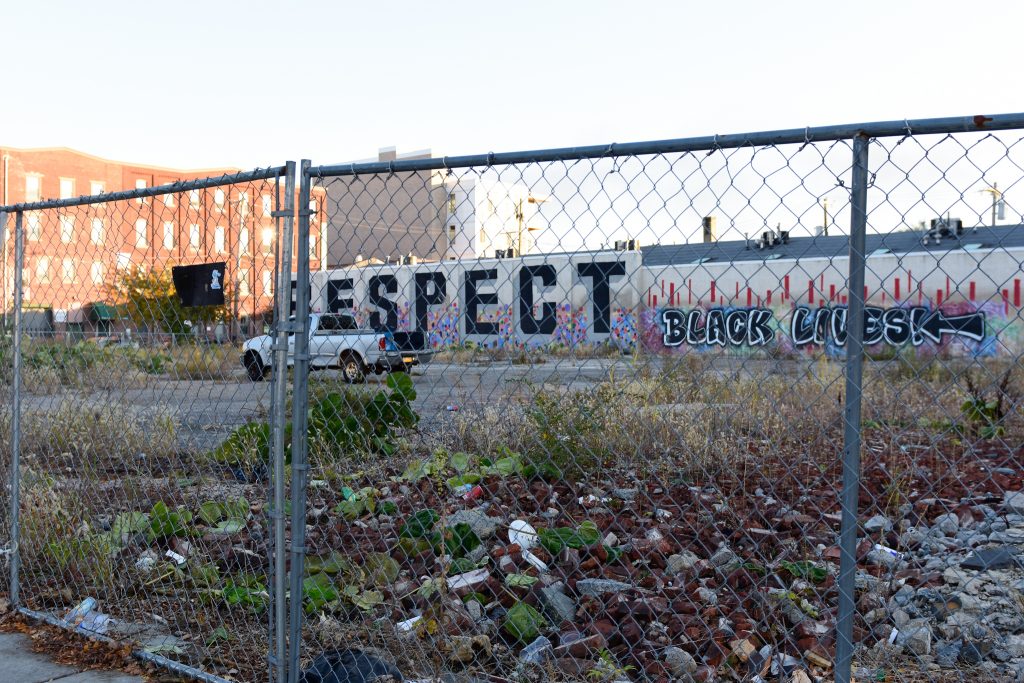 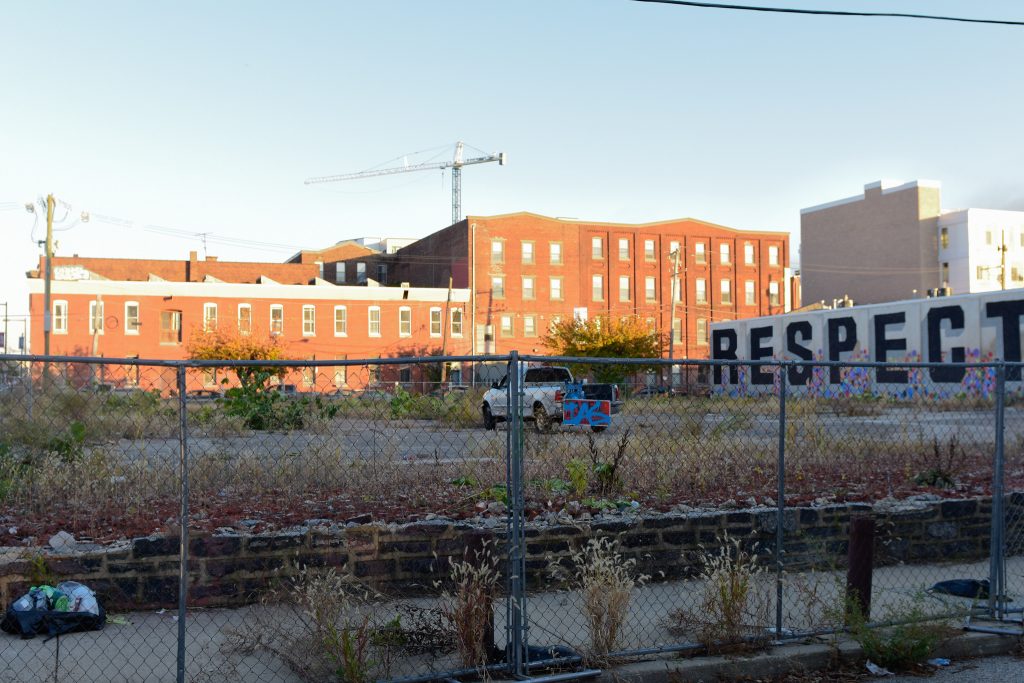 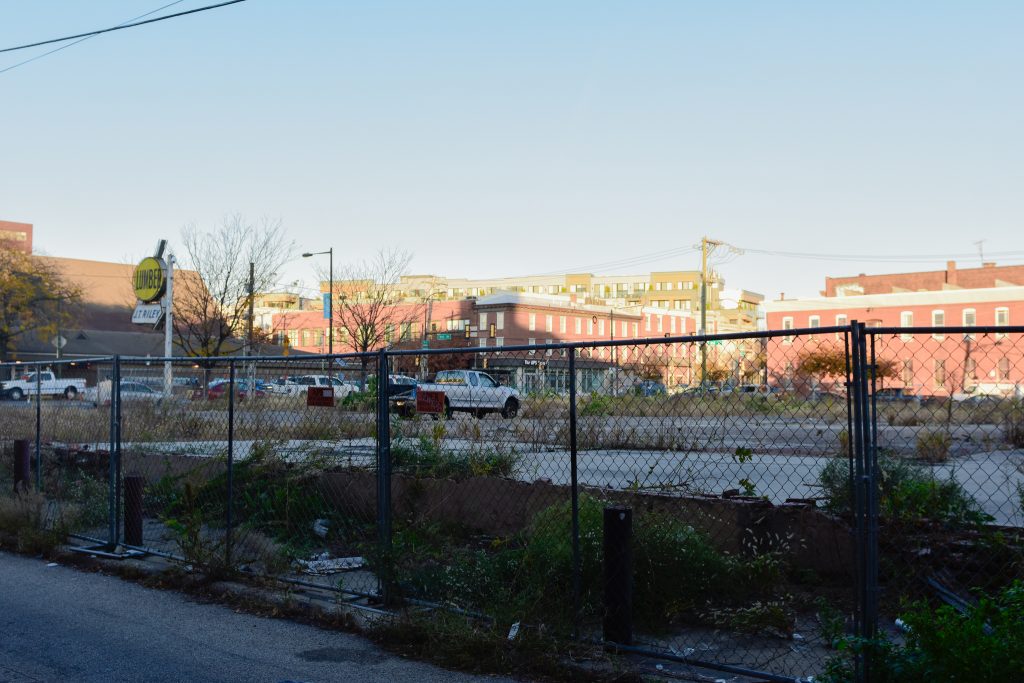 The site, also known by its shortened address of 310 West Girard Avenue as well as another at 1176 North 3rd Street, is located on the south side of the busy thoroughfare, flanked by North 3rd Street to the east and North Orianna Street to the west. The renderings appear rather plain and, dare we say, lifeless, particularly the earlier variants that showed flat wall surfaces, reflective windows, featureless boxes for the surrounding buildings, and a complete lack of pedestrians and vehicles on the monotone gray streetscape.

Fortunately, the design itself appears rather attractive, if understated. Earth-toned, brown-orange loggia bays provide a warm contrast to the sleek floor-to-ceiling windows and cool metallic spandrels. All-glass storefronts and common areas at the ground floor will contribute to a transparent, welcoming streetscape. 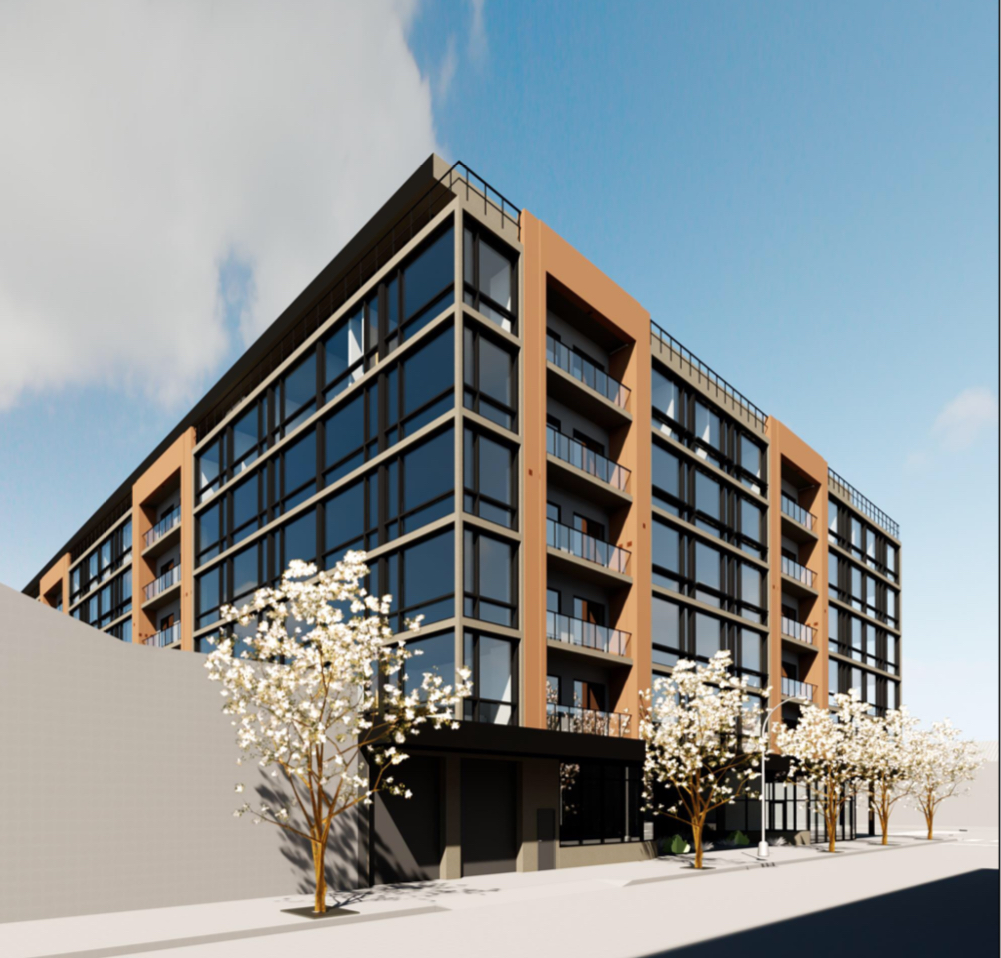 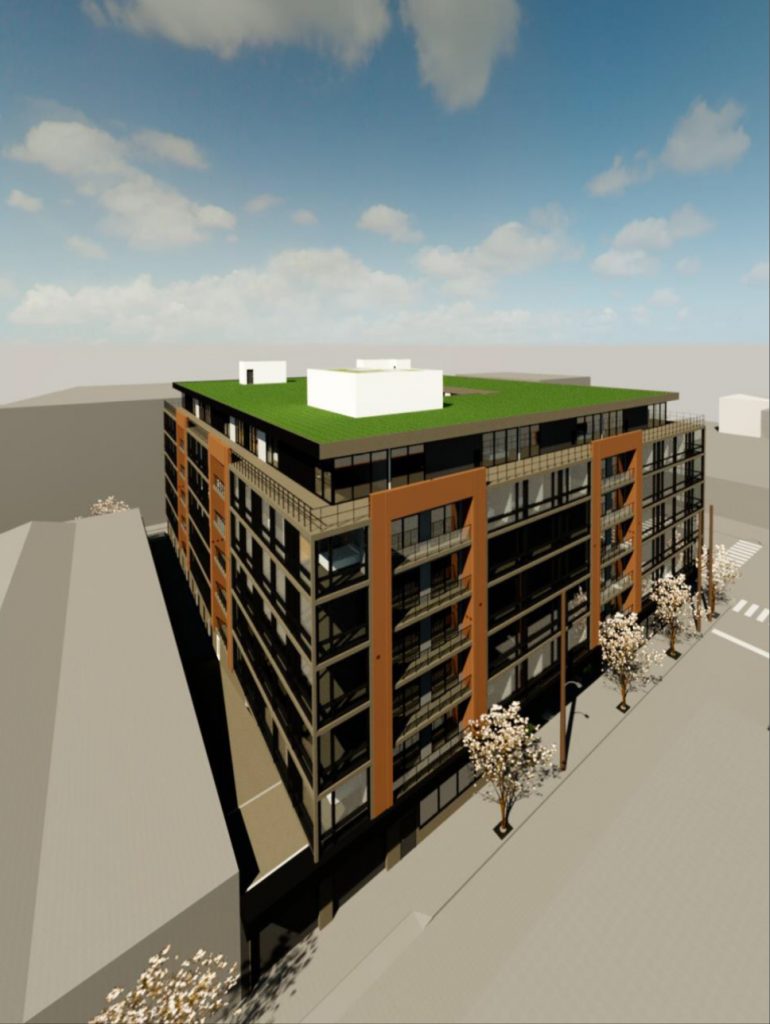 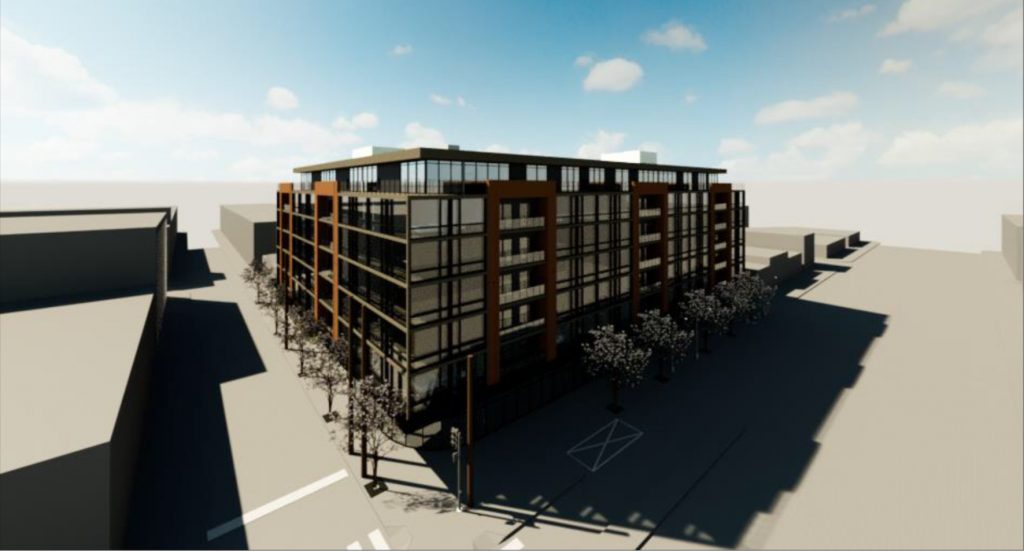 The site has a somewhat bumpy development history with a series of starts and stops. A 2015 proposal called for a development with commercial space, 53 apartments, and 37 parking spaces. At the time, the site was smaller than its current iteration, not yet extending to North 3rd Street. Images of a proposal that are still available on the DesignBlendz website, apparently made for KJO Architecture, show a plan that is consistent with the numbers shown above, displaying a three-to-five-story-tall building with a cheery white facade and a rear courtyard. 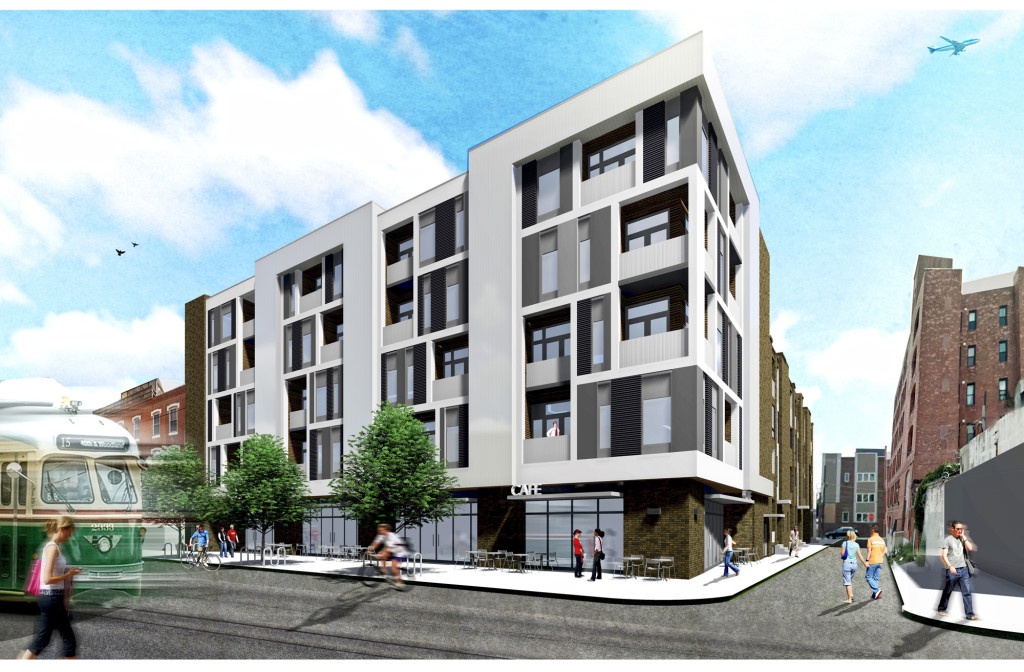 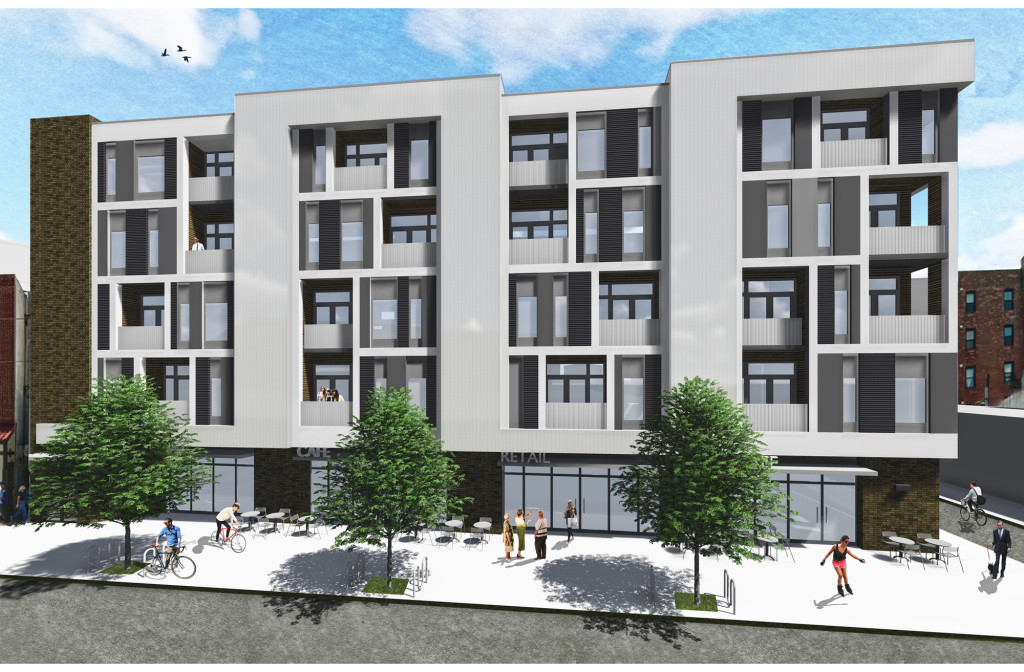 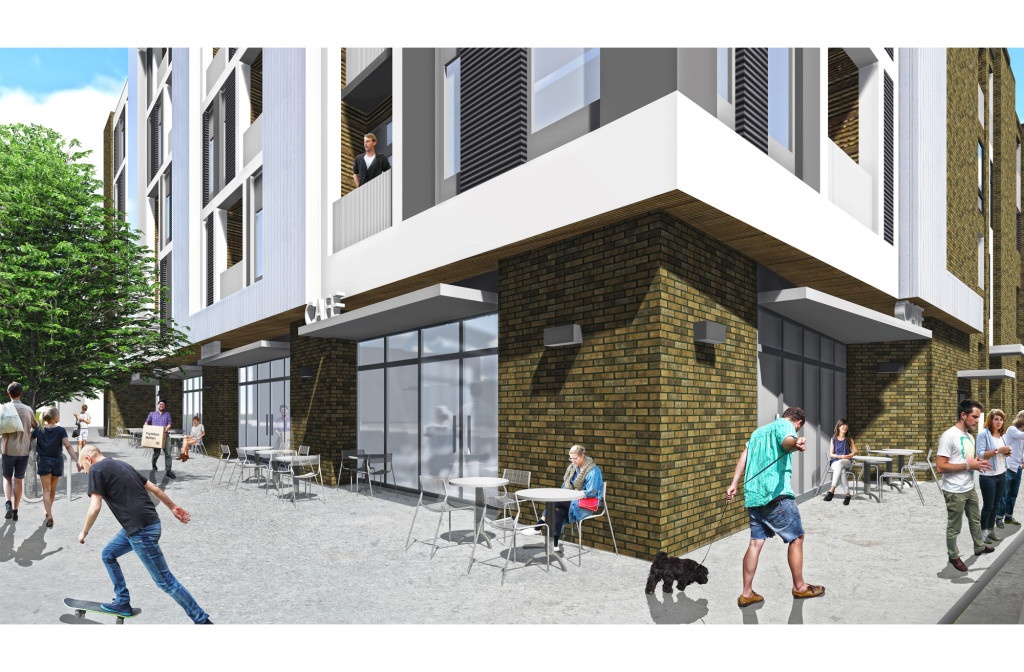 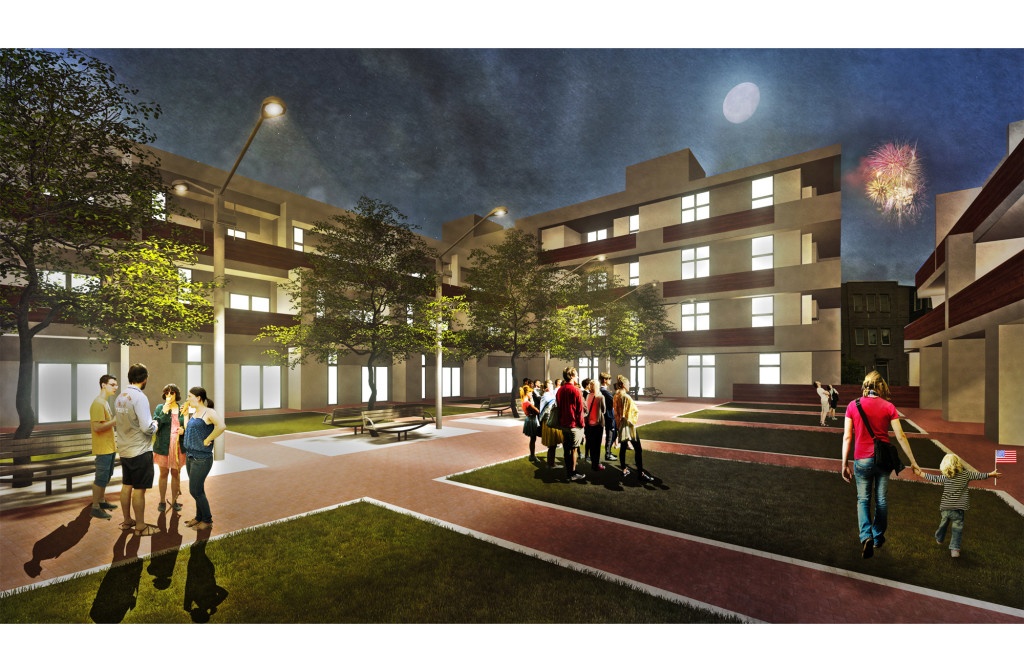 The site was cleared some time around the start of 2018. However, no activity followed in the demolition’s wake, and no new permits have been issued since. A listing was created on Loopnet in January of this year, noting the site’s I-CMX Industrial Commercial Mixed-Use designation, a maximum occupied area of 100 percent, a floor-to-area ratio of 5:1, and development rights for over 150,000 square feet of floor space. 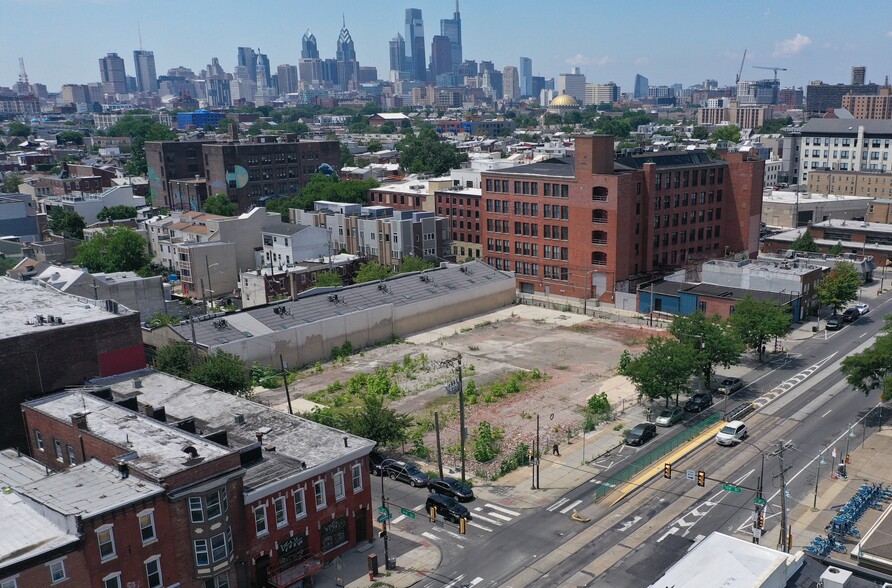 The listing was last updated in July, a month after the latest proposal surfaced. However, no new permits have been issued since, and our recent site visit confirmed that the property still looks largely as it did three years ago.

Prior to demolition, a major portion of the site housed the J.T. Riley lumber yard. Its weathered, Googie-style sign still stands at the site as the sole reminder of its former occupant. We can easily say good riddance to the sprawling facility with a sprawling warehouse and a surface lot, which did no favors to the streetscape of the otherwise vibrant neighborhood.

We are, however, more saddened about the loss of a pair of prewar buildings at the site’s northeast corner. The corner buildings rose three stories, sported a red brick facade with arched windows, and housed the 3rd & Girard Bar, a local favorite nighttime hangout spot.

310-30 West Girard Avenue, with the #rd & Girard bar on the left and a stop of the Route 15 trolley on the right. Looking southeast. October 2016. Credit: Google Street View 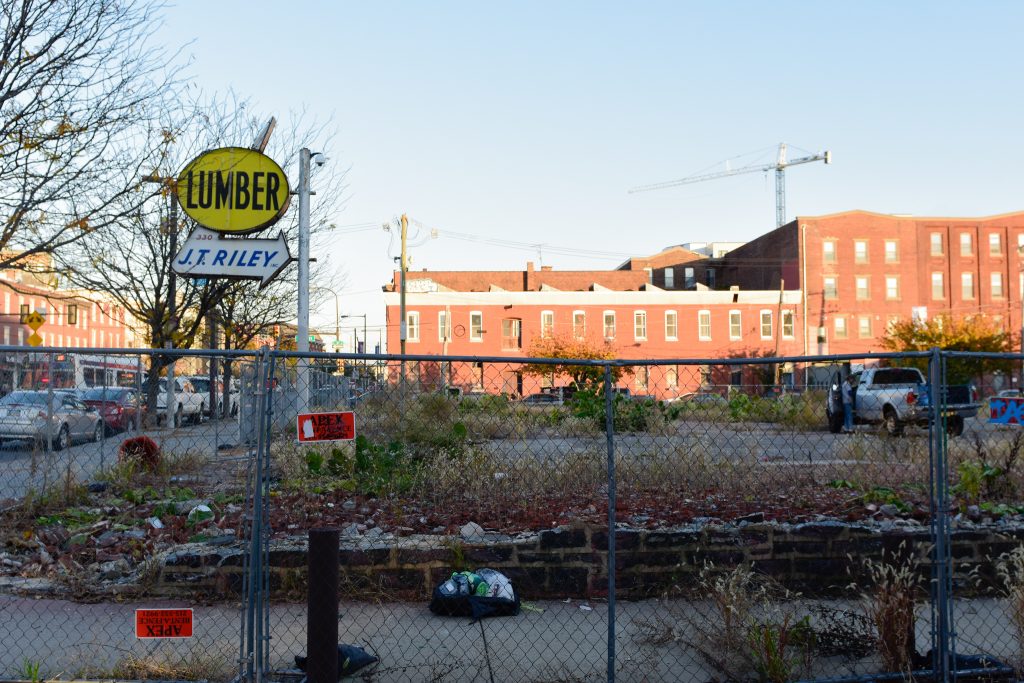 The latest proposal for the site is attractive, if somewhat anonymous, and will be a major improvement for the block, the loss of the corner bar notwithstanding. However, we can comfortably argue that the site can easily support a larger development, given its ample size, location on one of North Philadelphia’s widest and most important thoroughfares, and transit adjacency (the Route 15 Trolley stops right next to the site and the Girard Avenue Station on the Market-Frankford Line is situated within a few short blocks to the east).

An increase in scale would not be out of character for the location, as several high-rise buildings are already under construction just a couple of blocks to the southeast, notably at the Piazza Terminal. Ideally, for the site at 310-30 West Girard Avenue we would envision a taller yet slimmer building, possibly flanked by a low- or mid-rise component, that allocates a portion of the site for a public plaza, perhaps as a promenade that extends the North Galloway Street to the south all the way to Girard Avenue. A pedestrian area like this would have the potential to become as vibrant of a privately owned public space as Liberties Walk two blocks to the southeast. 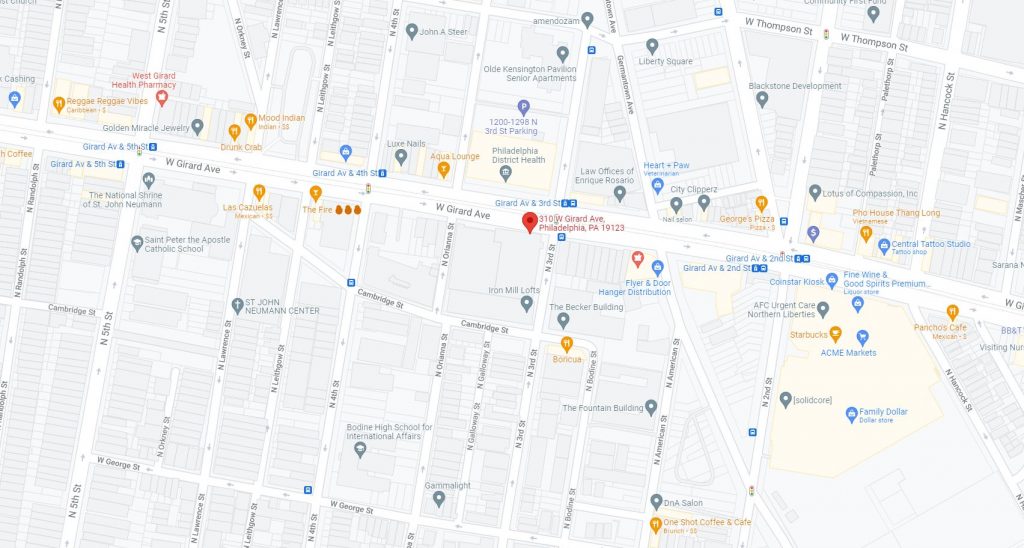