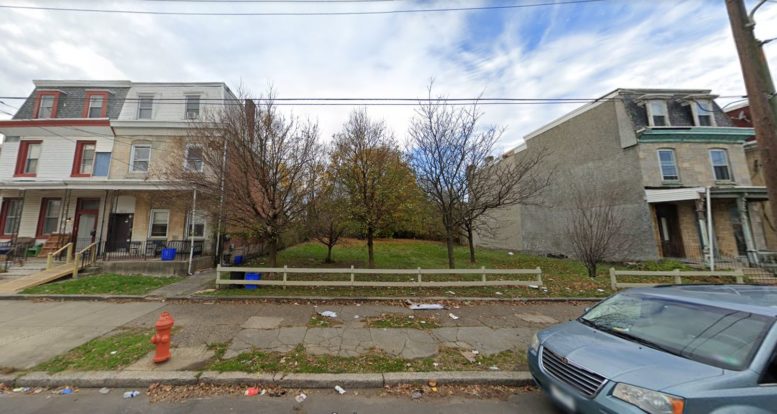 Permits have been issued for the construction of a three-story, 12-unit residential building at 746 North 40th Street in Belmont, West Philadelphia. The structure will replace a vacant mid-block lot situated on the west side of the block between Aspen Street and Brown Street. The structure will span a 2,880-square-foot footprint and will contain 8,640 square feet of floor space, which translates to an average of just over 700 square feet per typical residence. The building will be fully sprinkled. Permits list Francesco Zampetti as the design professional and James Clancy as the contractor. Total cost of construction is specified at $500,000.

The block was once continuously lined with stately three-story rowhouses, many featuring deep covered porches, mansards at the third story, and dormer windows. A period depopulation and disinvestment in the postwar era, with only half or fewer of the original structures still standing to this day. Trolley tracks running down the street, where a trolley service no longer operates, are another bitter reminder of the neighborhood’s prewar heyday. 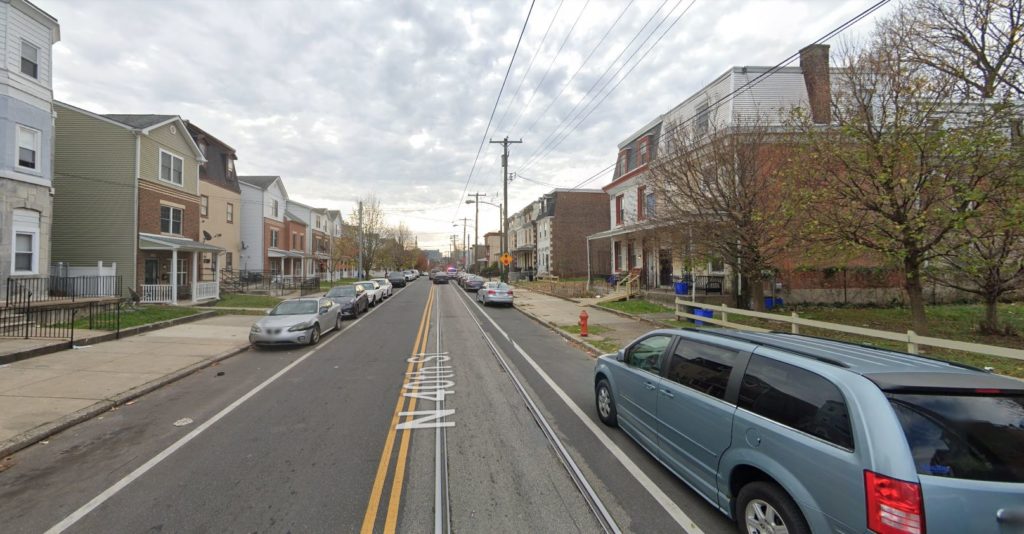 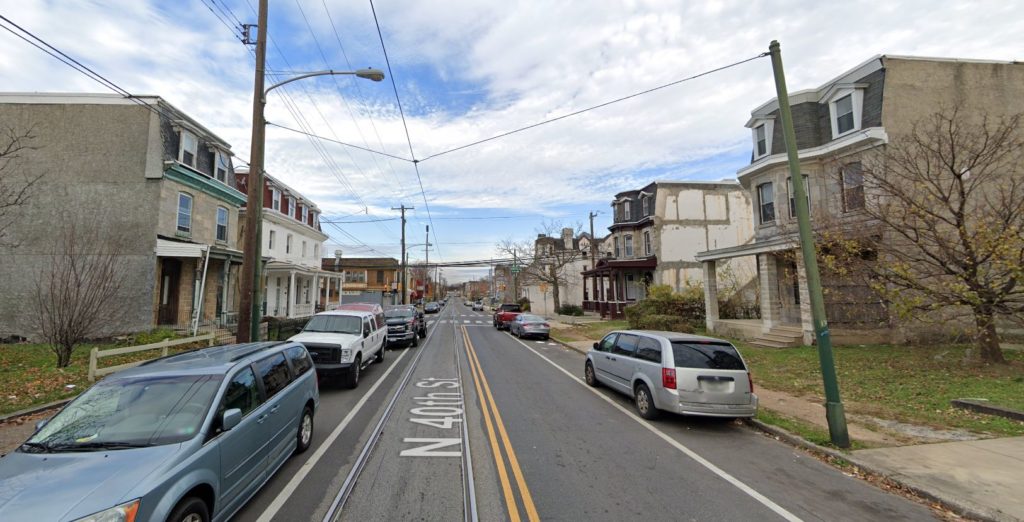 At the end of the 2000s, a number of three-story residential buildings filled some of the vacant lots. While they retained some basic features of their prewar neighbors, such as deep porches and partial brick facades, their plain ornamentation, lack of raised basements, vinyl siding at the top floors and on the sides, and featureless green lawn exude a cheap, suburban feel. We hope that the proposal at 746 North 40th Street will exhibit a higher, more site-appropriate degree of design.

Although the block has clearly seen better days, the location remains promising and attractive for future development. The proposal site sits within a 15-minute walk of University City, where a construction boom is underway. The location is also situated a few blocks away from the busy commercial corridor along Lancaster Avenue, where the route 10 trolley offers direct commute to University City and Center City. Perhaps one day we will see restoration of trolley service along 40th Street, as well, returning the neighborhood to its glory days as a streetcar commuter community.

Be the first to comment on "Permits Issued for 12-Unit Building at 746 North 40th Street in Belmont, West Philadelphia"