Renderings have been revealed for The Bordeaux, a five-story mixed-use building planned for 2600 West Girard Avenue in Brewerytown, North Philadelphia. Designed by Ambit Architecture and developed by Argo Property Group, the structure will yield 16 units and 20,938 square feet, including a 3,500-square-foot ground-floor retail space. Amenities include bike and tenant storage and a shard roof deck with skyline views. 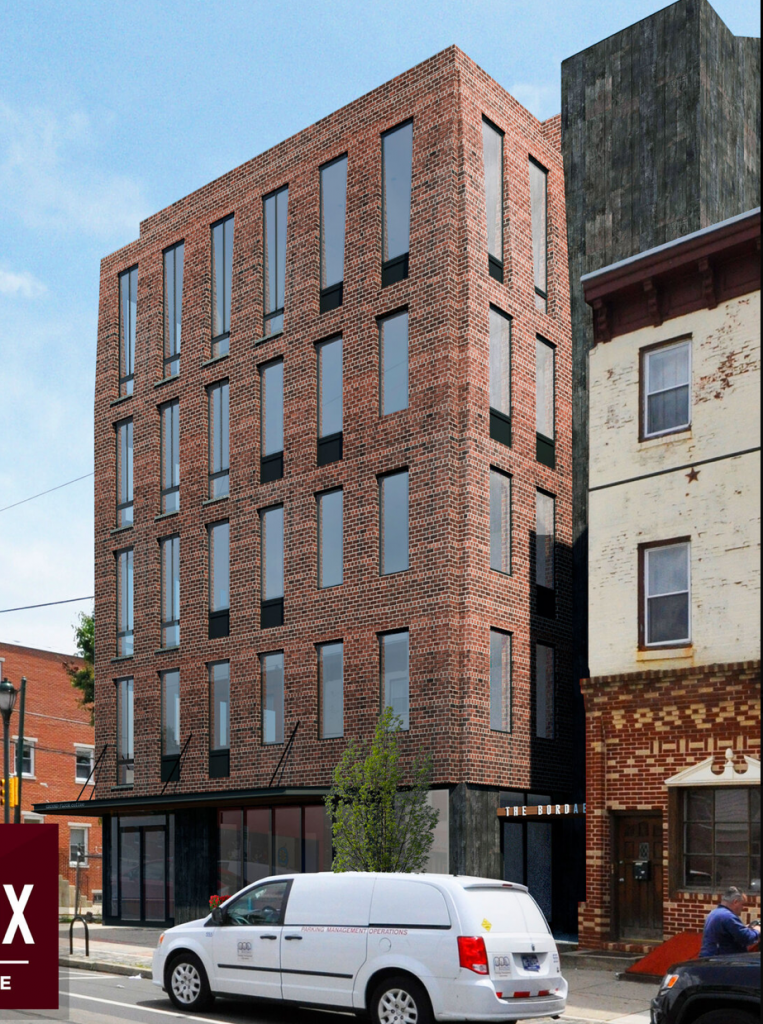 The renderings depict a modern structure with a façade of composed of red brick and dark cladding at the base. Narrow floor-to-ceiling windows are featured throughout, allowing for ample natural light. The ground-floor retail space is enclosed almost entirely in glass, as is typical for such activation.

Small but noticeable accents added to the structure help make the design more attractive. Dark gray cladding is located at the bottom of some windows, while others have gray mullions. A slight inward slant is present at the façade at the fifth floor, creating a modern shape. Ground-floor awnings shade the entrance area of the retail space, enhancing the sidewalk ambiance. 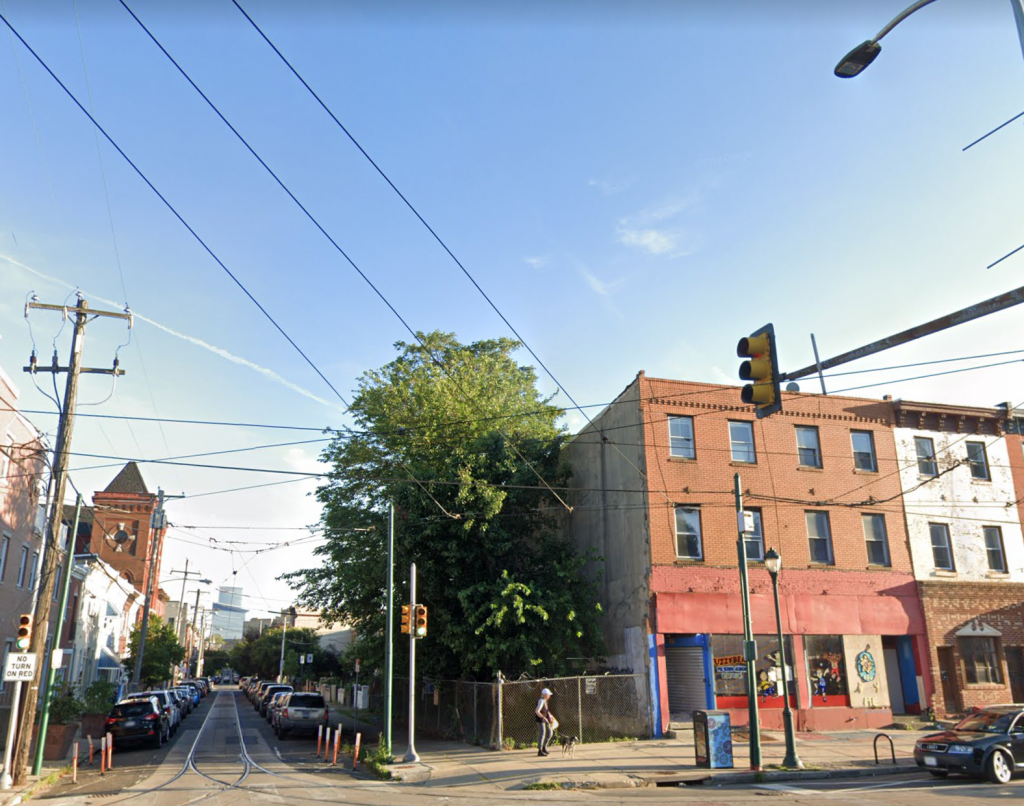 The site of The Bordeaux via Google.

The property is located at the corner of North 26th Street and Girard Avenue, a major local thoroughfare. The new building will replace a narrow vacant lot as well as a pair of three-story rowhouses. Said homes each feature brick façades with small ground-floor retail spaces. The project will improve both the overall aesthetic and liveliness of the neighborhood with its addition of density and height and by eliminating the vacant parcel. Transit access is available via the Girard Avenue Trolley running directly in front of the building.

The project site sits at the opposite end of the block from The Fairmount, a multi-family building also developed by Argo Property Group that is nearing completion. It will also be the second development on the block for Tester Construction, the project’s contractor. A 160-unit, mixed-use complex is proposed at 2630 West Girard Avenue across the street from The Fairmount to the west.

The Bordeaux is expected to be completed in the first quarter of 2022.

1 Comment on "Renderings Revealed for The Bordeaux at 2600 West Girard Avenue in Brewerytown, North Philadelphia"