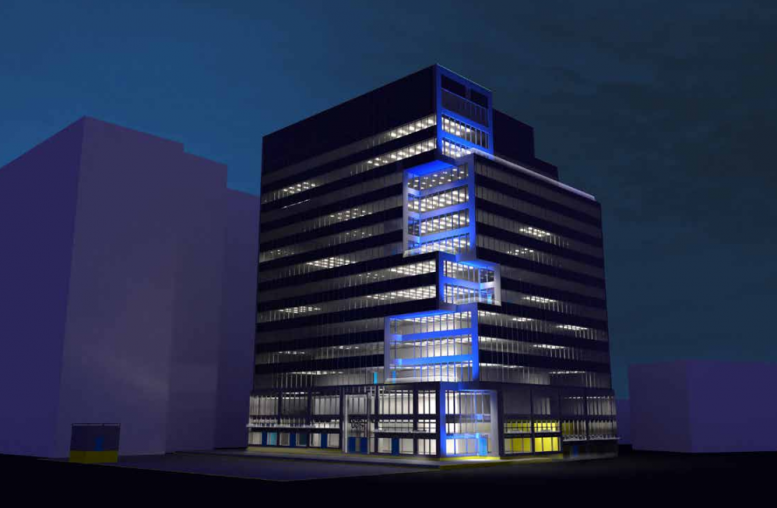 Concrete work has begun for the foundation at the 13-story One uCity Square in University City, West Philadelphia, after months of excavation. Designed by ZGF Architects and developed by Ventas Inc., the project is a key component of the 14-acre uCity Square development that will span multiple blocks. The building will eventually rise 250 feet tall and will feature office and lab space with Century Therapeutics and Integral Molecular, as well as retail space.

Some of the other buildings currently under construction in the uCity Square development include the 12-story, 185-foot-tall Drexel College of Nursing and Health Professions and the six-story, 463-unit residential development at 3700 Lancaster Avenue, with a number of other massive structures under planning. 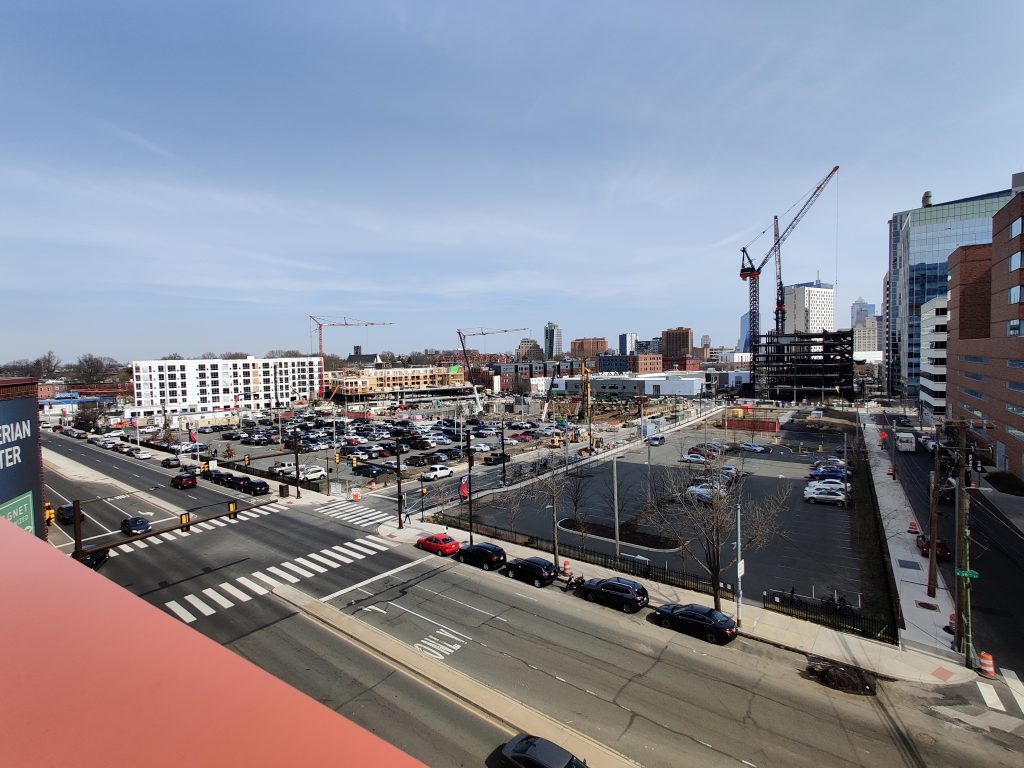 Much construction progress has been made since the last Philadelphia YIMBY update in January, when excavation of the towers foundation was nearly finished, with drilling and caisson installation underway. By now, excavation has been completed, aside from a dirt ramp at North 37th Street. When observed from above, concrete structures and formwork is clearly visible, and the foundation anticipates the erection of the structural skeleton. Floor may begin construction by the end of spring, with the structure possibly topping out before the end of the year. 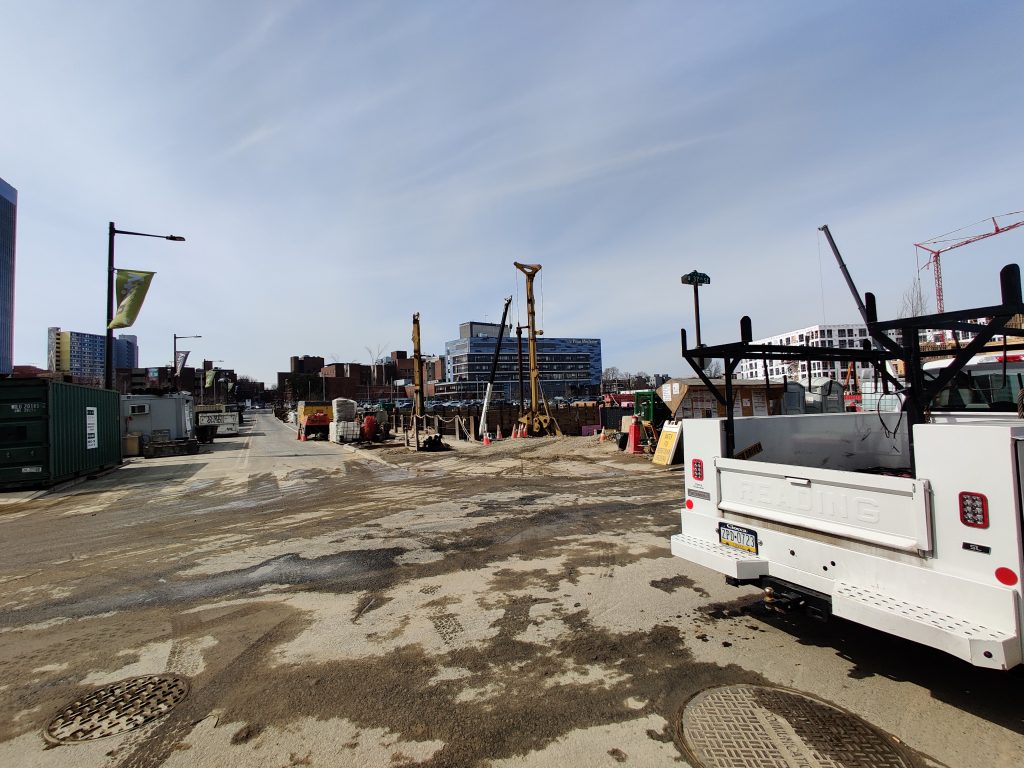 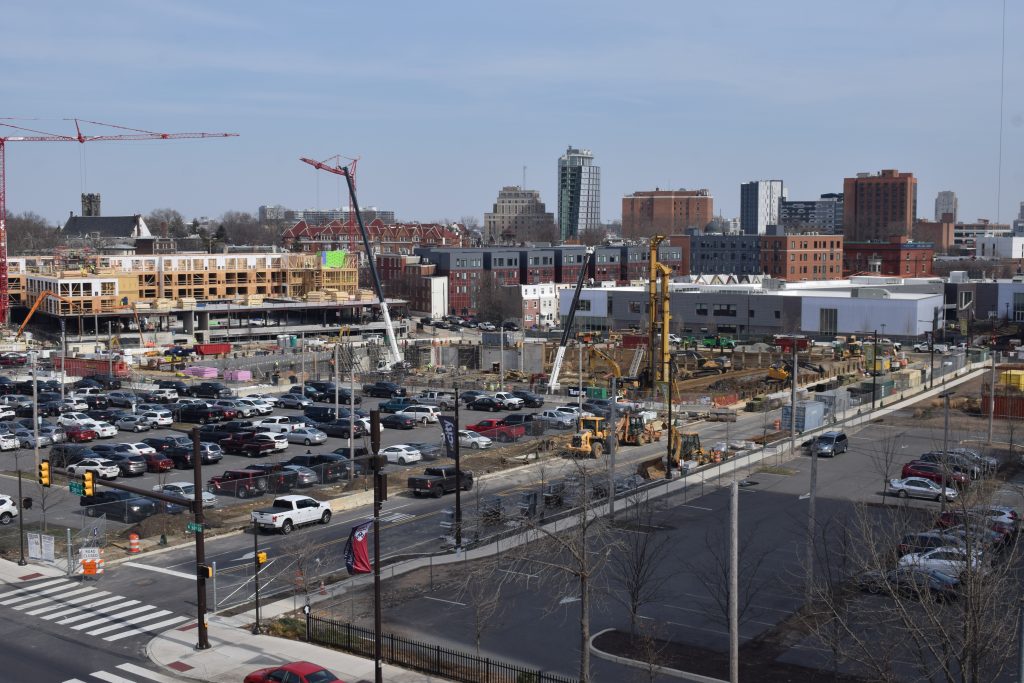 One uCity Square site from a nearby parking garage. Photo by Thomas Koloski

The building was originally scheduled for completion in 2022, but an earlier construction pause may push the completion to 2023.