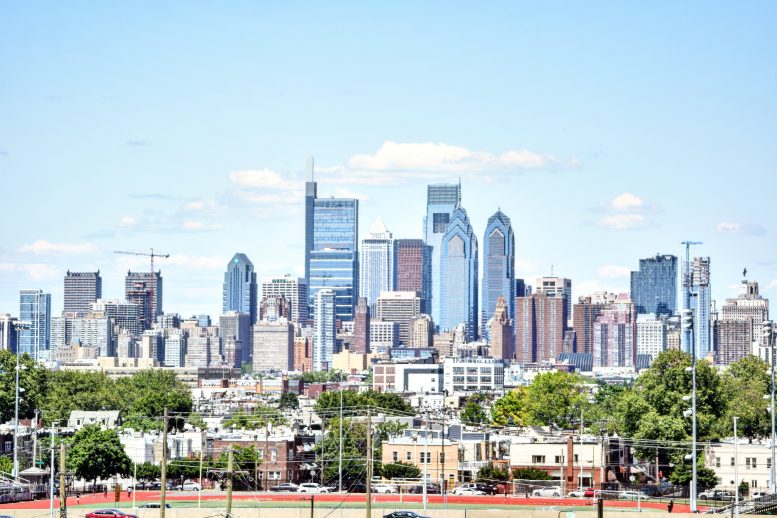 The growth of the Philadelphia skyline has significantly accelerated in the past five years, with projects like the Comcast Technology Center, FMC Tower, W/Element Hotel having been recently finished and more new towers currently under construction. Of course, tower cranes have a prominent presence at each high-rise construction site, whether freestanding or attached to the skeleton of the building. This collection of photos observes the tower cranes that are currently rising in the Philadelphia skyline in areas ranging from Center City to West Philadelphia and even North Philadelphia. 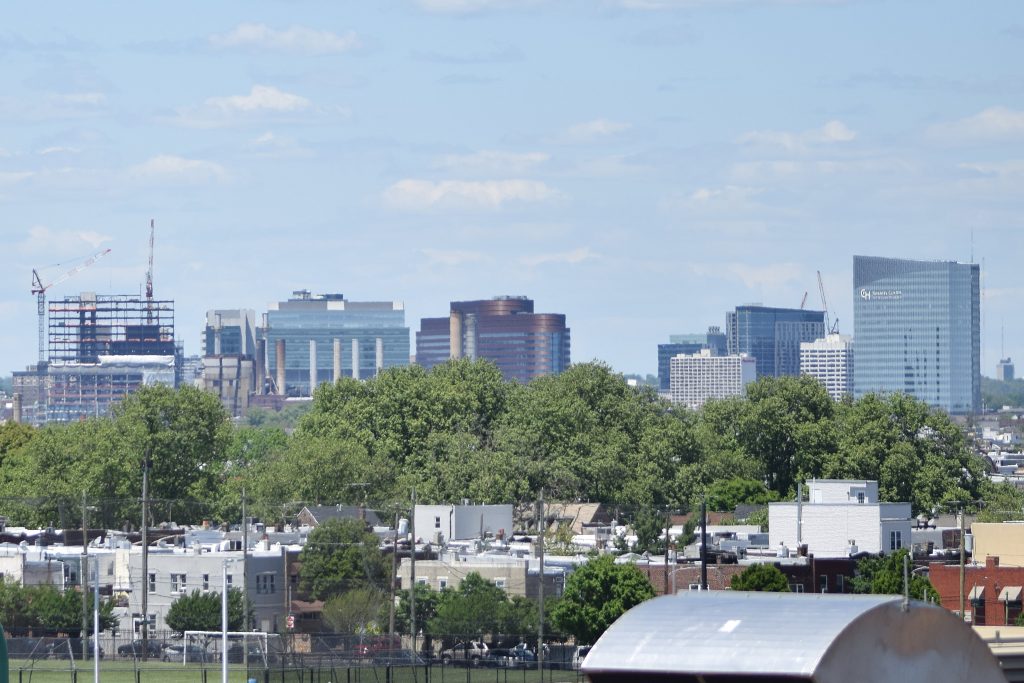 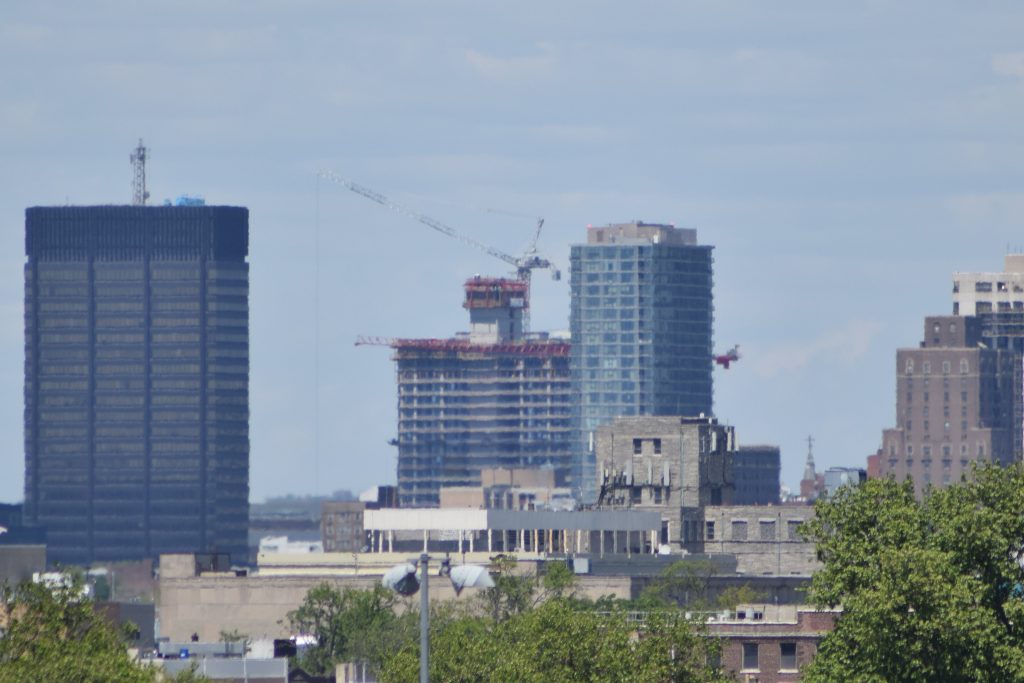 The first project observed is the CHOP Hub for Clinical Collaboration in West Philadelphia, where the steel has risen up to the top of the core, with the three tower cranes still attached to the structure. Visible to the left of the CHOP Roberts Center are the two tower cranes for Drexel College of Nursing and Health Professions, where the tower is about to top out. 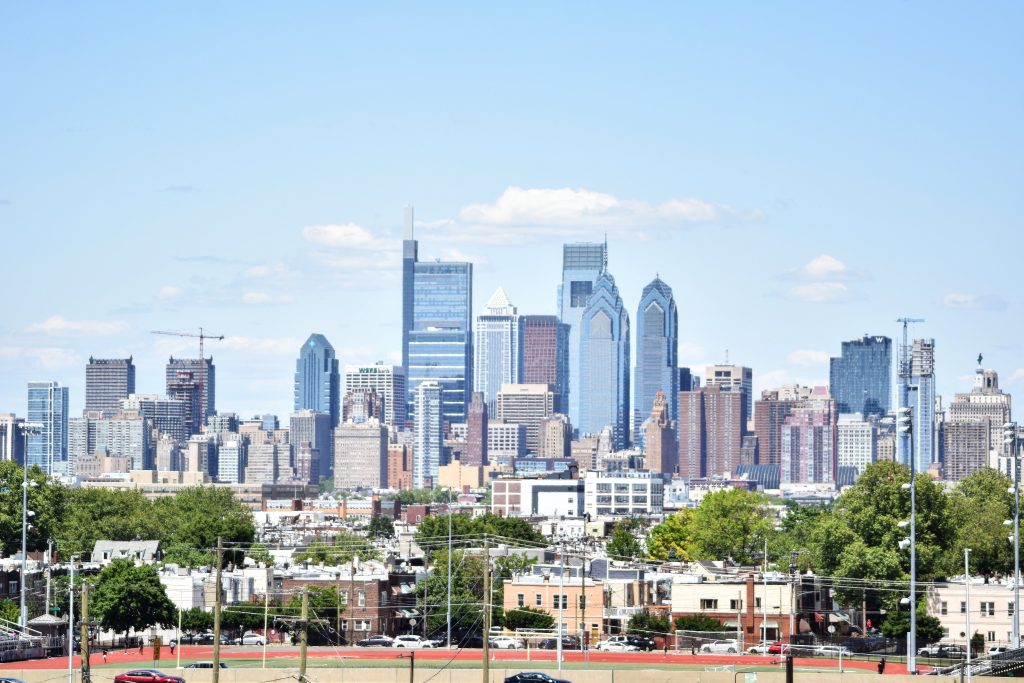 Center City has the most tower cranes popping out of the skyline, with the first crane seen in front of Cira Centre for construction on the Schuylkill Expressway, which will be complete in 2023. ust to the right in Center City West, the Riverwalk south tower eclipses the north tower as the white crane stands high, along with the red tower crane for 2222 Market Street in front of Riverwalk. Another red tower crane that is visibly poking out in the skyline is the crane attached to The Laurel Rittenhouse Square. The crane rises around 620 feet tall, well above the roughly 500-foot-tall structure of the tower. Visible between the partially completed W/Element Hotel and City Hall is the nearly topped Arthaus condominium, with the blue tower crane extending up to around 575 feet high. 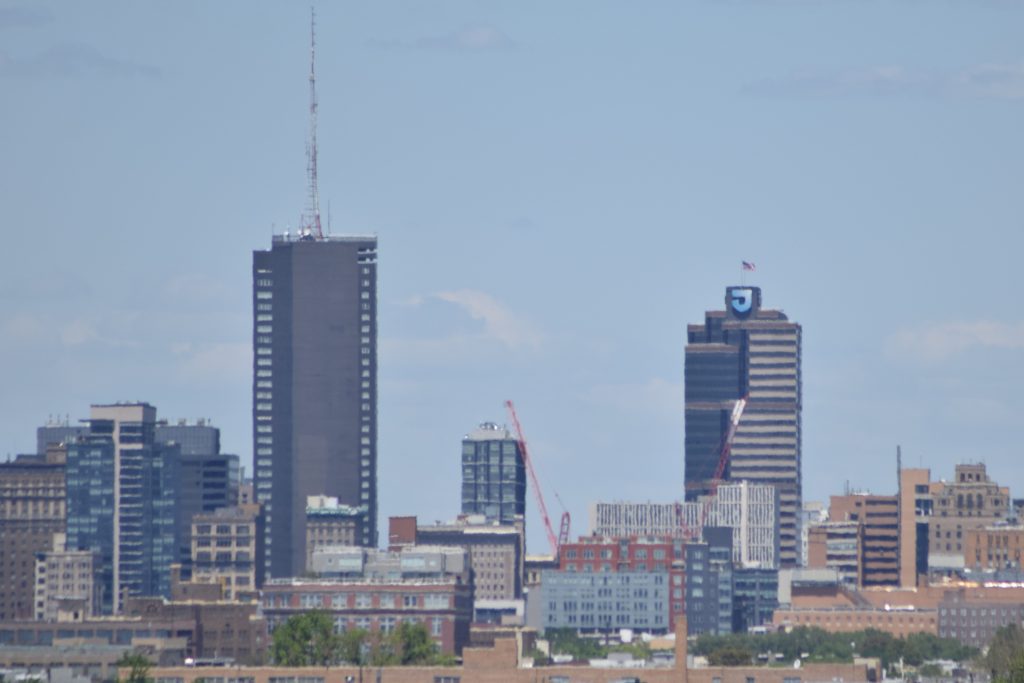 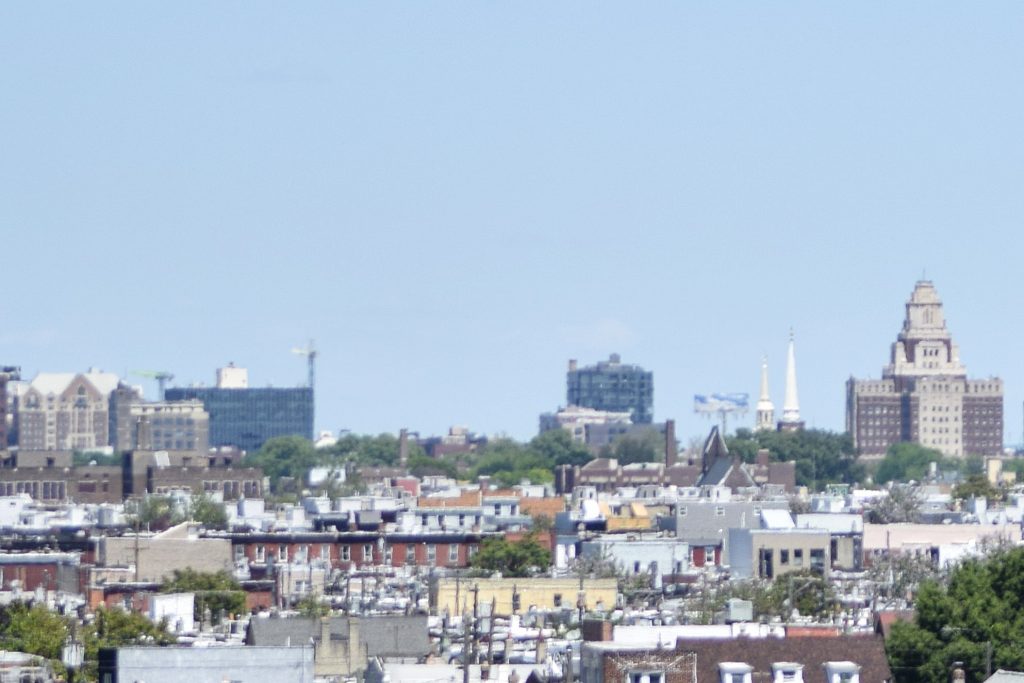 In Market East, the only tower cranes that stick out in the skyline are the two tower cranes that are currently building the foundation for East Market Phase 3, where the Thomas Jefferson Specialty Care Pavilion will sit on the east side of the site. But when looking to the right at Old City, further to the north is the tower cranes for Piazza Terminal surprisingly popping into view. A tower crane that is blocked from view is the red crane for Cathedral Square Phase 1. In total, 12 tower cranes are currently visible in the Philadelphia skyline from this vantage point in South Philadelphia.