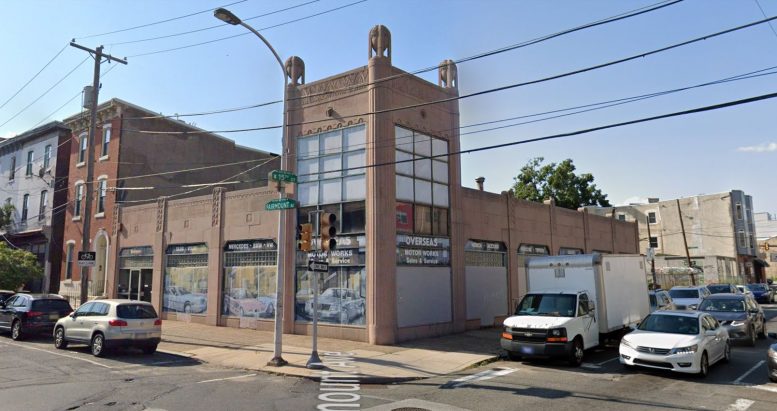 Permits have been issued for the construction of a three-story, 20-unit vertical addition atop a prewar Art Deco commercial building situated at 1501-05 Fairmount Avenue in Fairmount, Lower North Philadelphia. The project will add 20,558 square feet of space to the existing structure, bringing the total to 26,025 square feet. Existing commercial space at the ground floor will be renovated and expanded, and seven bicycle parking spaces will be added. Permits list 1500 Fairmount LLC as the owner, Brett Harman as the design professional, and Construct Design Corp. Inc. as the contractor. Construction costs are specified at $2.7 million. 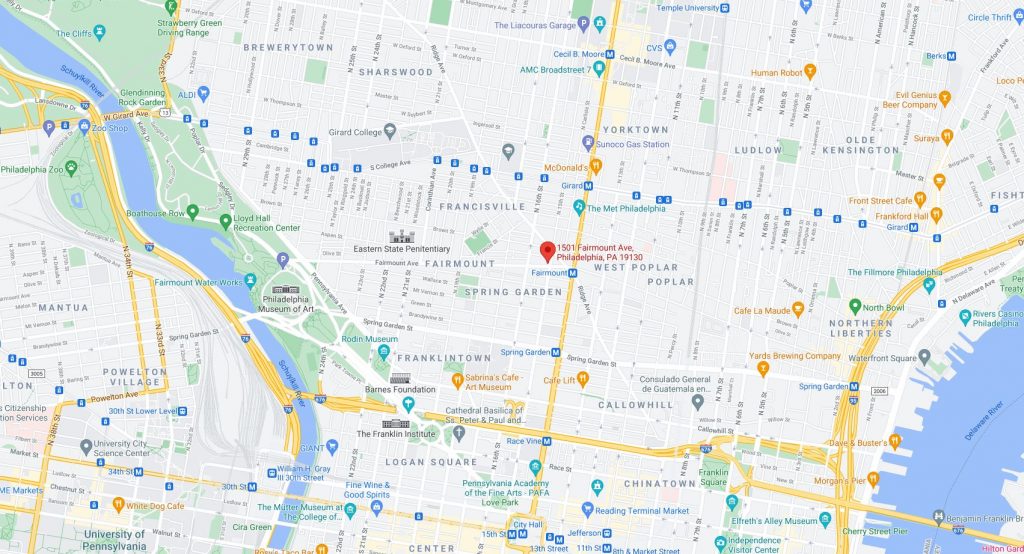 The building that currently stands at the site was built in 1929 as a car showroom, at a time when the automobile was taking the country by storm. Predating the current associations of auto-centric development with cheap, schlocky Modernism and Postmodernism, architect Samuel Baylinson decked out the building with ornate Art Deco motifs, embracing the style that was reaching all-time highs in popularity.

The building’s salient feature is a triumphant, two-story-high turret at the corner of Fairmount Avenue and North 15th Street, topped with sculpted urns that are reminiscent of the finishes atop the original Hearst Magazine Building in New York City (another Art Deco masterpiece that, incidentally, also received a vertical extension in 2006). 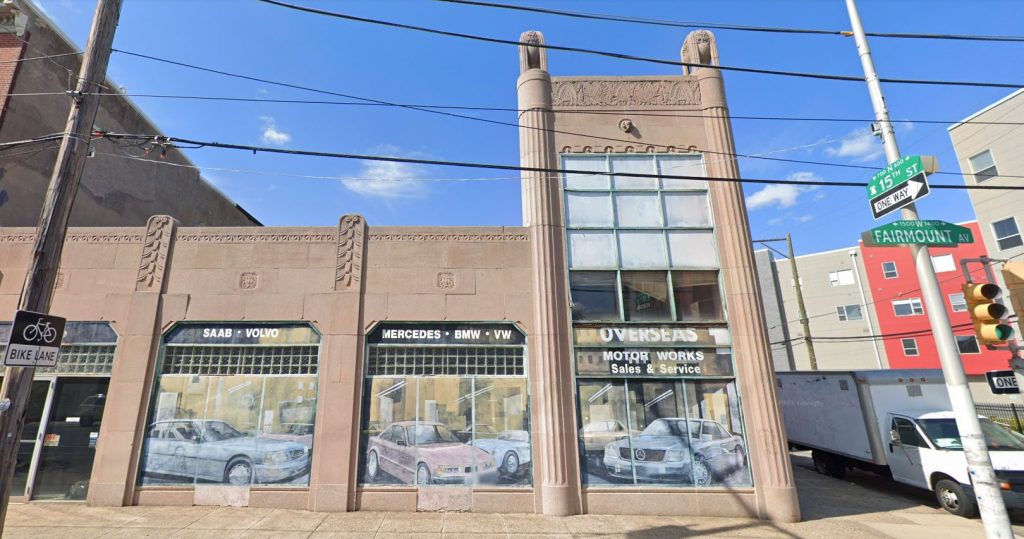 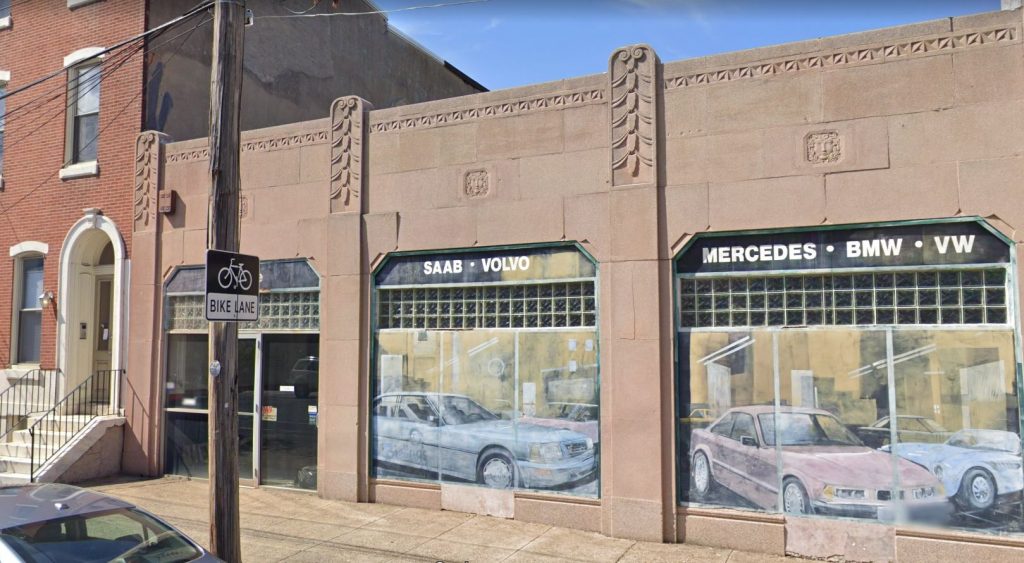 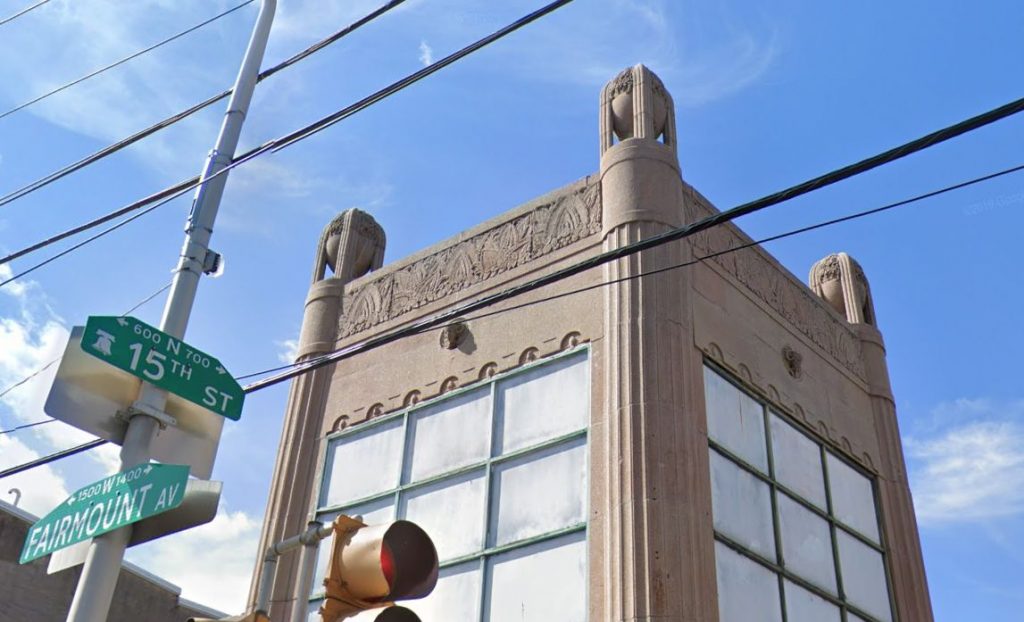 While the prosperity of the 1920s allowed ever greater numbers of Americans to buy personal vehicles, the car sales market surely took a turn for the worse during the cash-strapped, Depression-era 1930s. Surprisingly, the building has persisted as an auto showroom to present day.

Rumors regarding development at the site have circulated since at least 2015, so it is encouraging to see permits finally issued for the property. Surprisingly, the permits explicitly state that there will be no roof deck, although such a feature would have been obviously beneficial for the development and would have offered dramatic views of the nearby Center City skyline.

Although we do not exactly expect a vertical addition comparable to the Hearst Tower (don’t get us wrong, that would be fantastic, but we’re being realistic), the development is a fine example of combining new multi-story construction with historic preservation. In this instance, the developer did not have a choice, as the building was added to the city’s Register of Historic Places. However, we would love to see more developers taking the initiative to incorporate existing historic structures into new development even when they are not required to do so, and urge the city to provide strong incentives for such development.