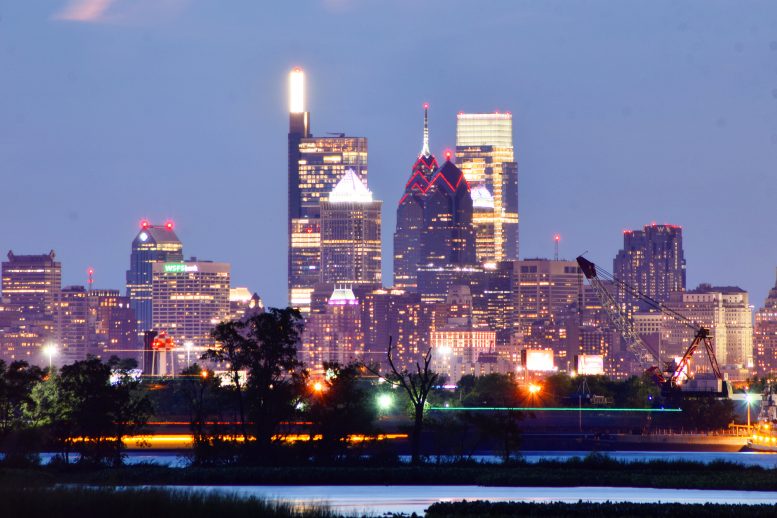 The city of Philadelphia has been booming recently with skyscrapers and buildings of all shapes and sizes. While most of the new buildings have been proposed and built in Center City, the skyline is extending in all directions. The skyline made its first significant leap across the Schuylkill River back in 2005 with the 437-foot, 29-story Cira Centre; now, the area boasts three towers over 400 feet all within a few blocks of one another. The district may soon add a new supertall at the site of Schuylkill Yards, as seen on SHOP Architects renderings from 2016 (though the tower has been excluded from recent renderings).

The ongoing, massive extension of the skyline has added height and bulk like never before. The most attention was generated by the Comcast Technology Center, which transferred the highest point of the city from 975 feet (Comcast Center) to the 1,121-foot tower designed by Norman Foster, currently the tallest building in the nation outside of New York and Chicago, which houses both office and hotel space, Still, more developers and architects are also looking to leave their mark of the rapidly growing skyline. 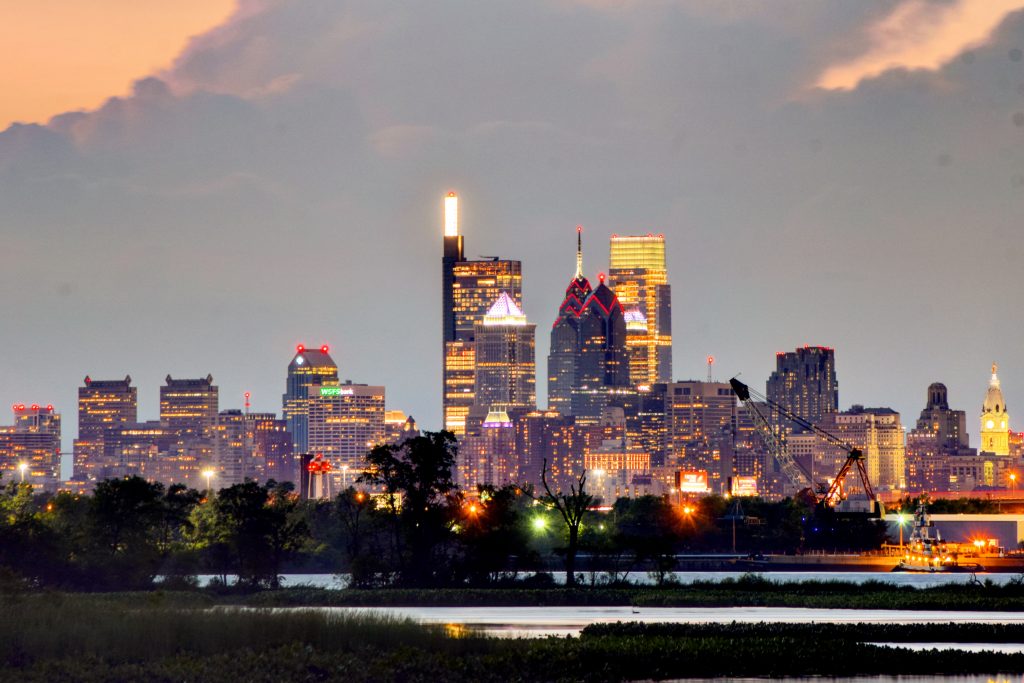 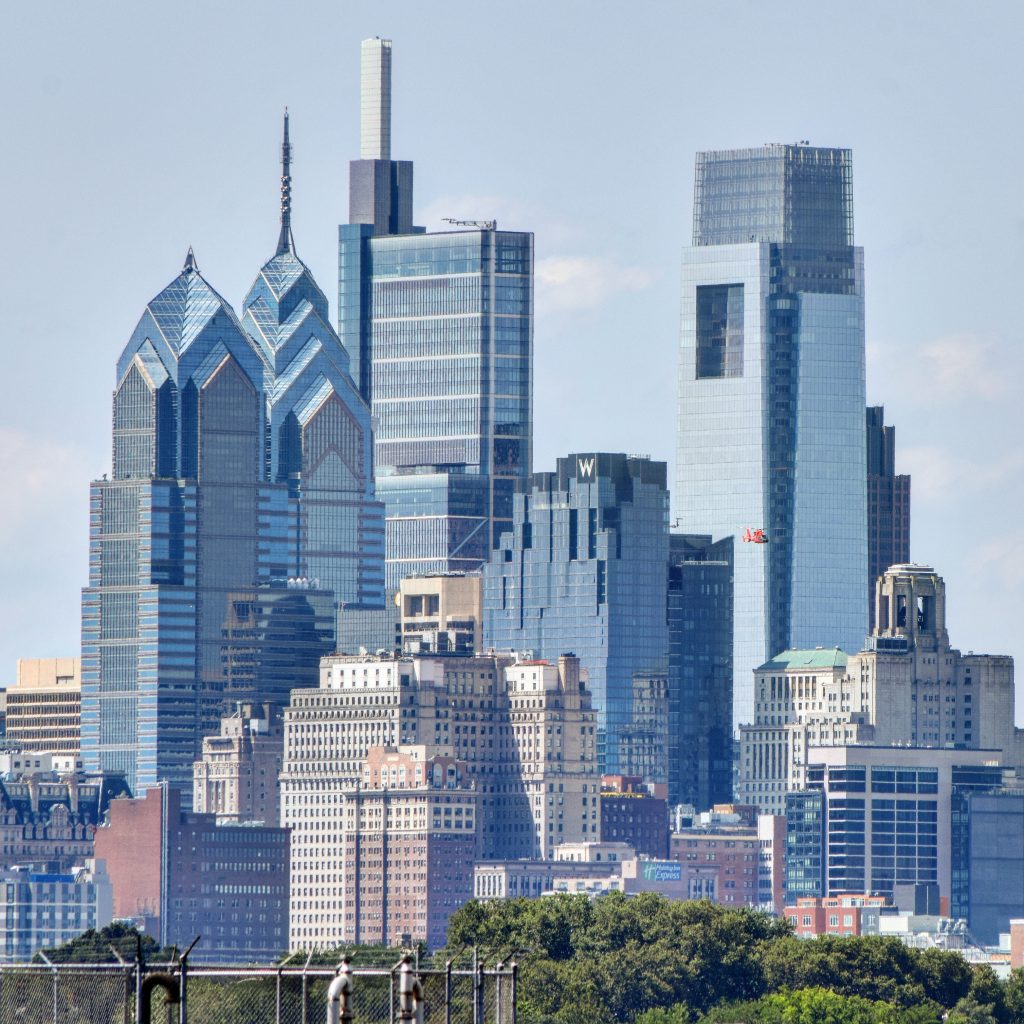 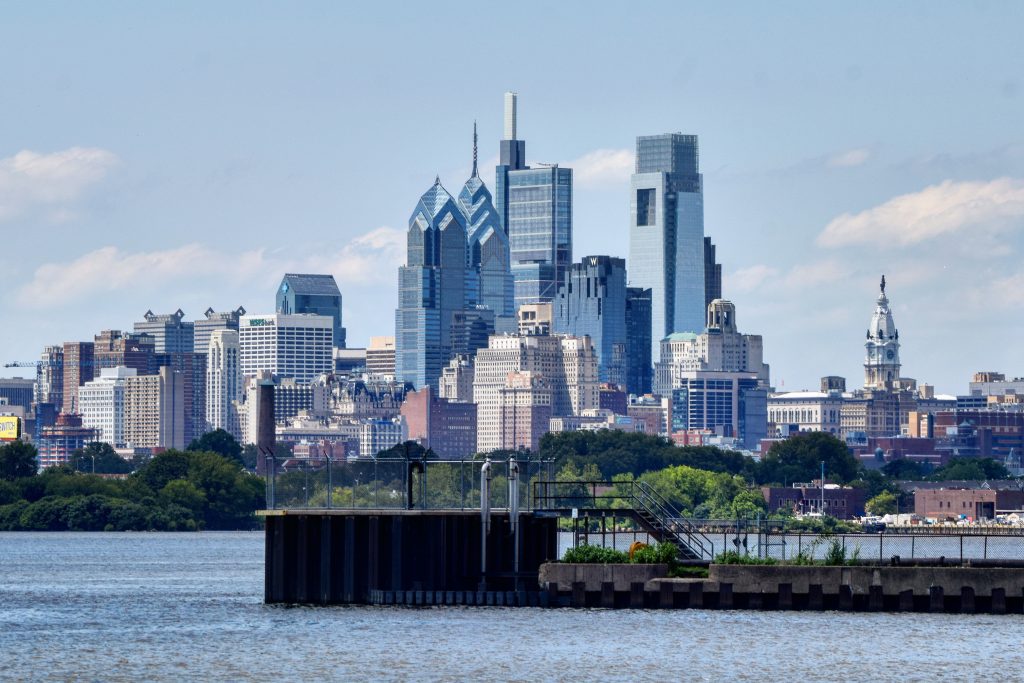 Numerous new developments are currently under construction. In Center City, two major residential projects are rising to reach their final heights over 500 feet. Though the 582-foot W/Element Hotel is finishing up at 1441 Chestnut Street. At 311 South Broad Street, Arthaus has been at a steady climb as it has reached its residential floors. While Arthaus is currently on the 16th floor, The Laurel Rittenhouse at 1911 Walnut Street next to Rittenhouse Square has been rising at a slower pace as it accommodates its complex cantilever support floor. The tower has a massive footprint and the residential floors will be erected on the cantilever, while the three-story podium to the north that will have an Equinox Gym. While citywide construction is moving at a brisk pace, proposal releases also have been on the rise recently. 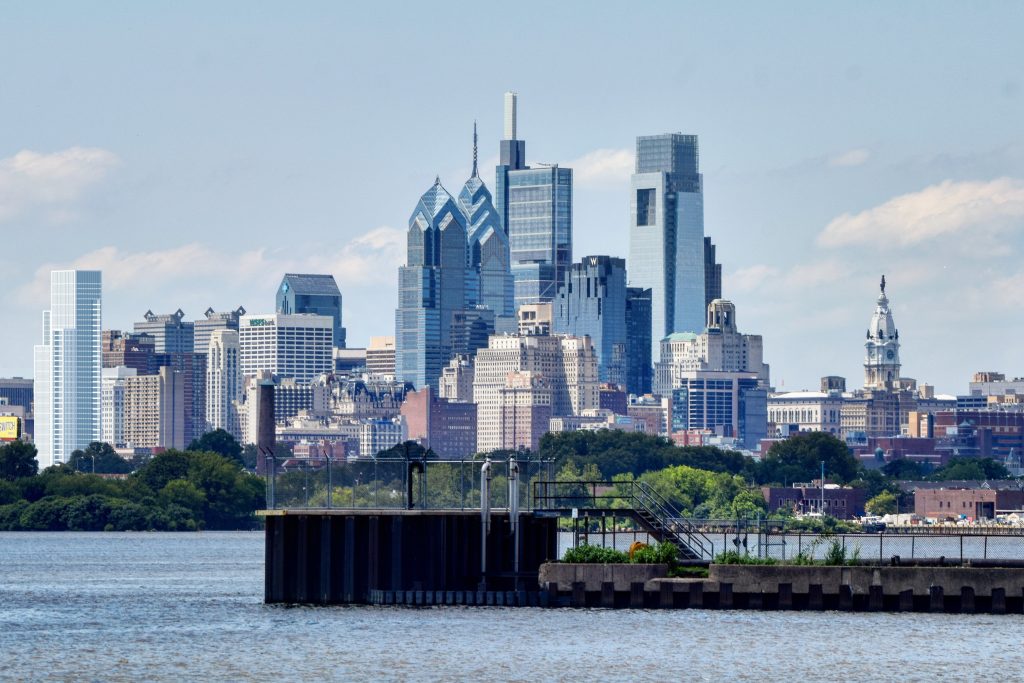 Arthaus from Camden, NJ. Rendering and photo by Thomas Koloski

In Center City, there are currently eight buildings that are proposed to rise above 300 feet. While 1620 Sansom Street and 1810 Chestnut Street will be hidden within the district’s massive building cluster, a large empty lot just to the east of City Hall next to the Residence Inn by Marriott is awaiting for construction to start of the 400-foot-plus 1301 Market Street office tower. Around Cathedral Basilica, two towers have been proposed this year to take up empty lots, as well. While the first Cathedral Place tower is just under 300 feet, the hulking second tower will bring a massive amount of space with a height of 685 feet. Though the tower is still in designing stages, the massing model has been released showing that the tower has a podium to the west with the tower stepping up to the top. 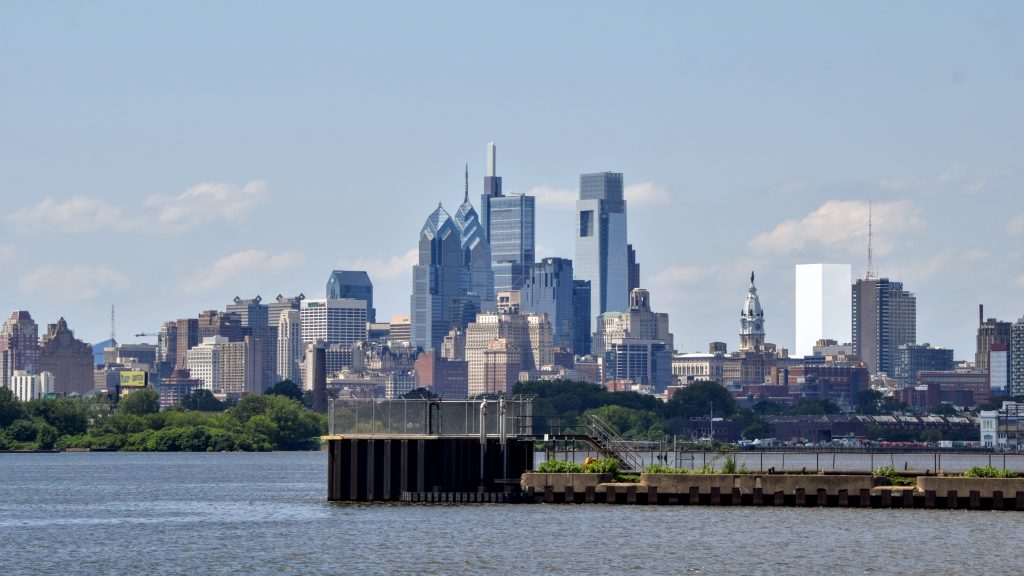 Near the Schuylkill River, a new cluster of towers will change the riverfront view for commuters driving through the city and taking trains to their destinations. While the Riverwalk towers by PMC Property Group are well under construction, the same developer has just revealed their beautiful 303-foot tower at the 2300 block of of John F. Kennedy Boulevard. The tower was first shown  earlier this year with a more blocky shape, but the current iteration features curves that tuck inside the structure, allowing for many balconies on each residential floor. 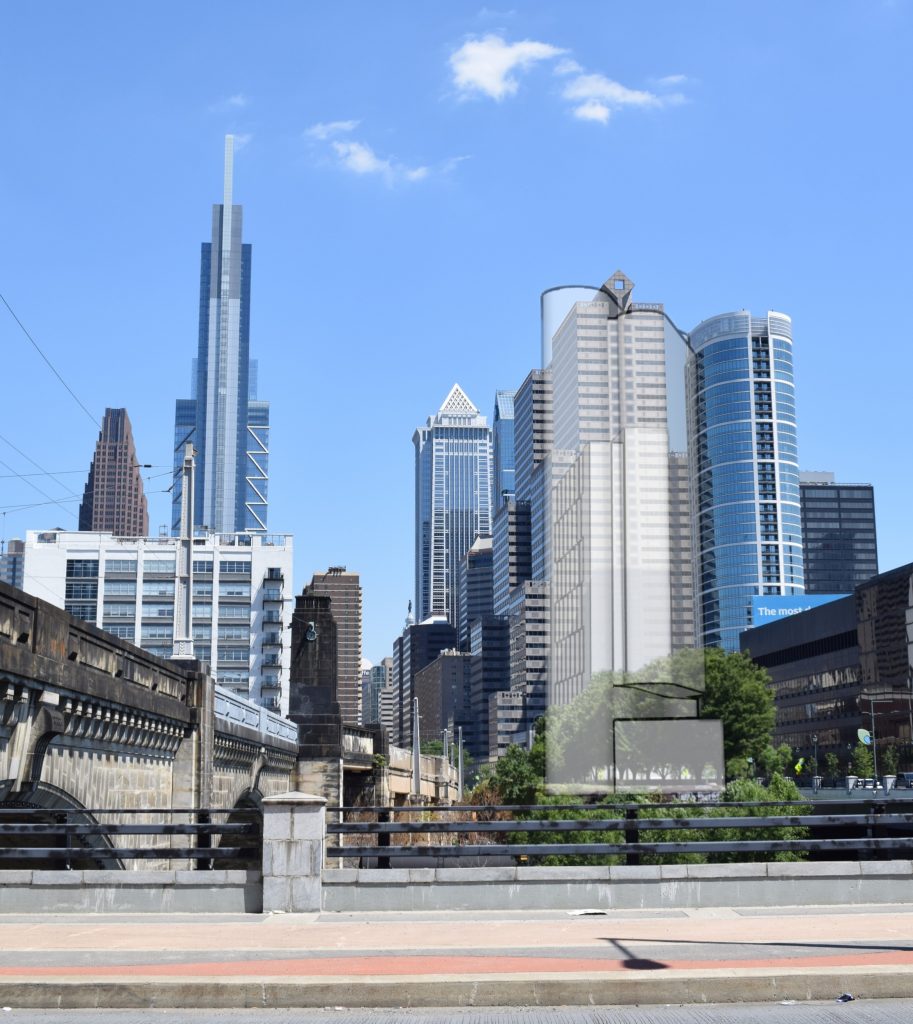 In the same area, there will be one more residential tower and two new office towers. Another one of the residential towers was just revealed at 33 North 22nd Street, the 316 foot tower that will sit just to the northwest of the 450-foot Murano tower. 33 North 22nd will feature glass ridges as every other section is moved over by around 10 feet to create a jagged pattern. At 2222 Market Street, the law firm Morgan & Lewis will lease 331,000 square feet of space. The building is composed of by six stacked blocks, with some sides pushed back and on an angle. The facets are outlined and split by rows of stone cladding. Another tower proposed to the east of 2222 Market will also breach 300 feet, but the original design of 2100 Market Street is being downsized and redesigned. Below you can see the possible design on the 3D model. 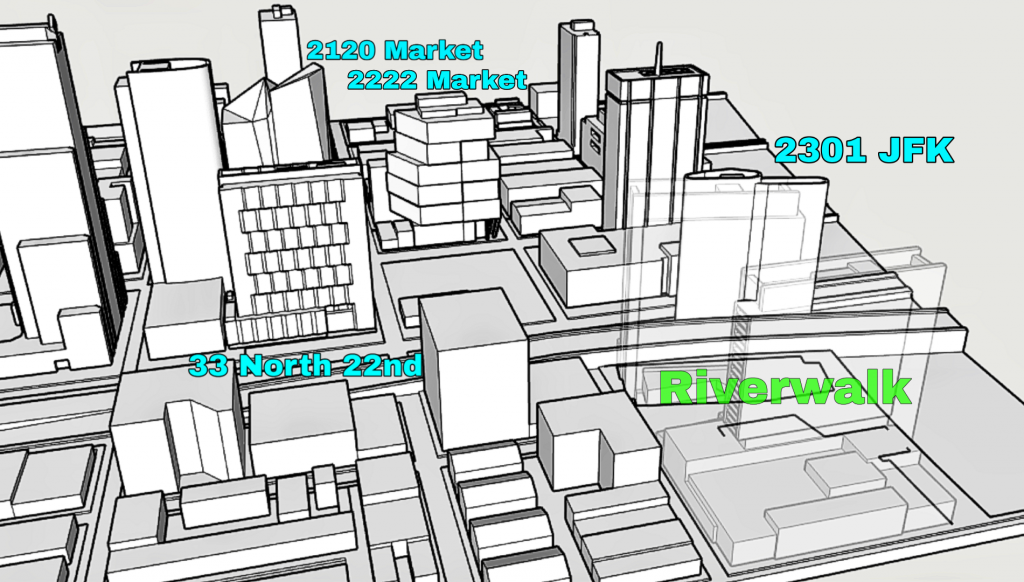 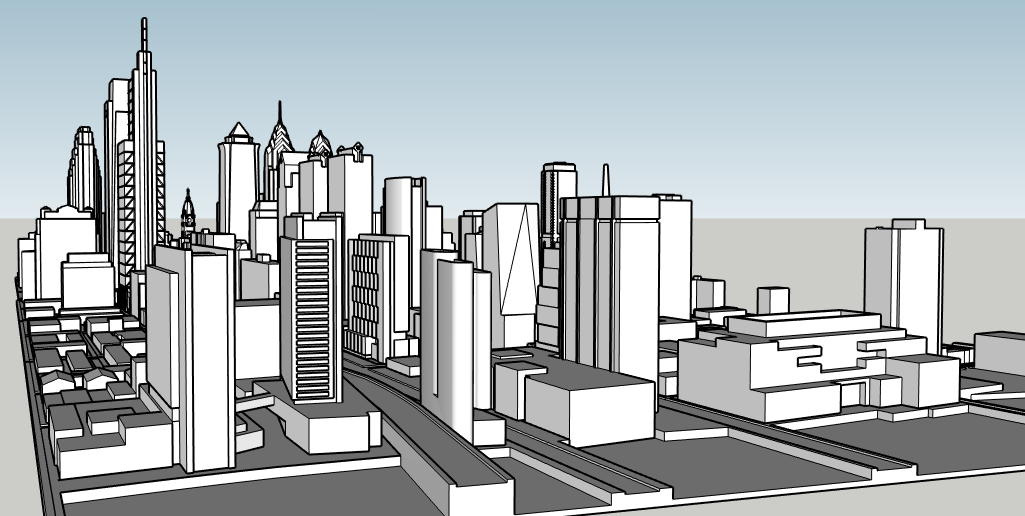 5 Comments on "Checking In On Philadelphia’s 2020 Skyline"