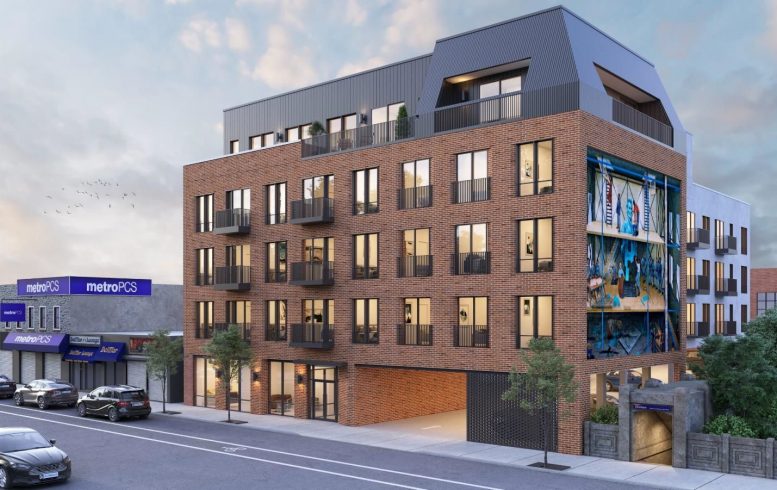 Designed by Coscia Moos Architecture, the building will hold 42,459 square feet of interior space. In addition to apartments, the structure will also feature commercial space and parking. Permits estimate construction costs at $6.5 million. 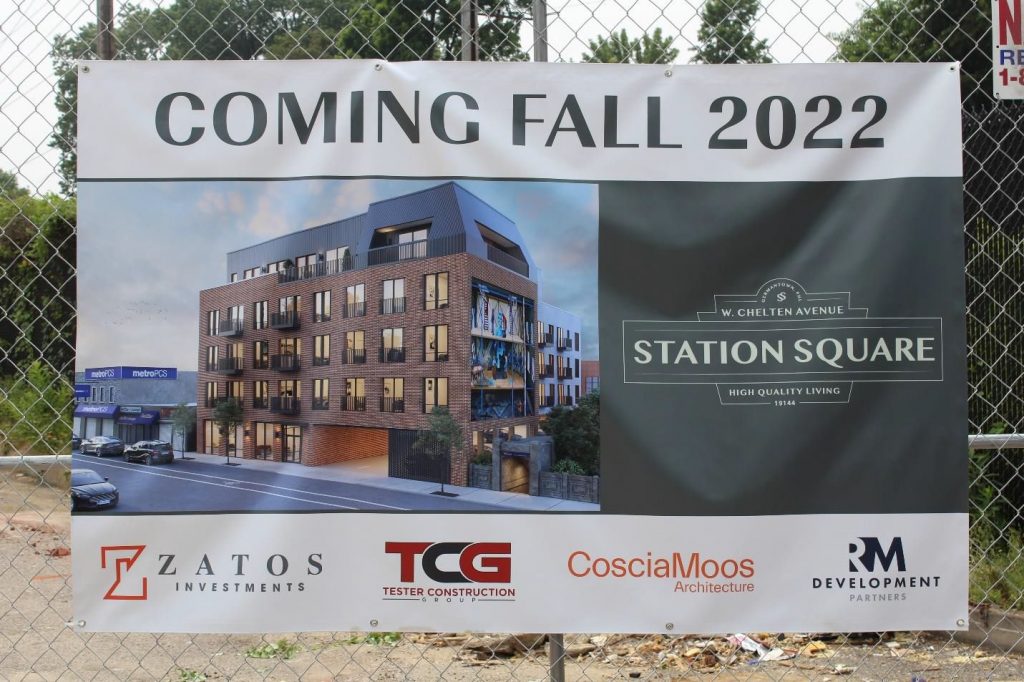 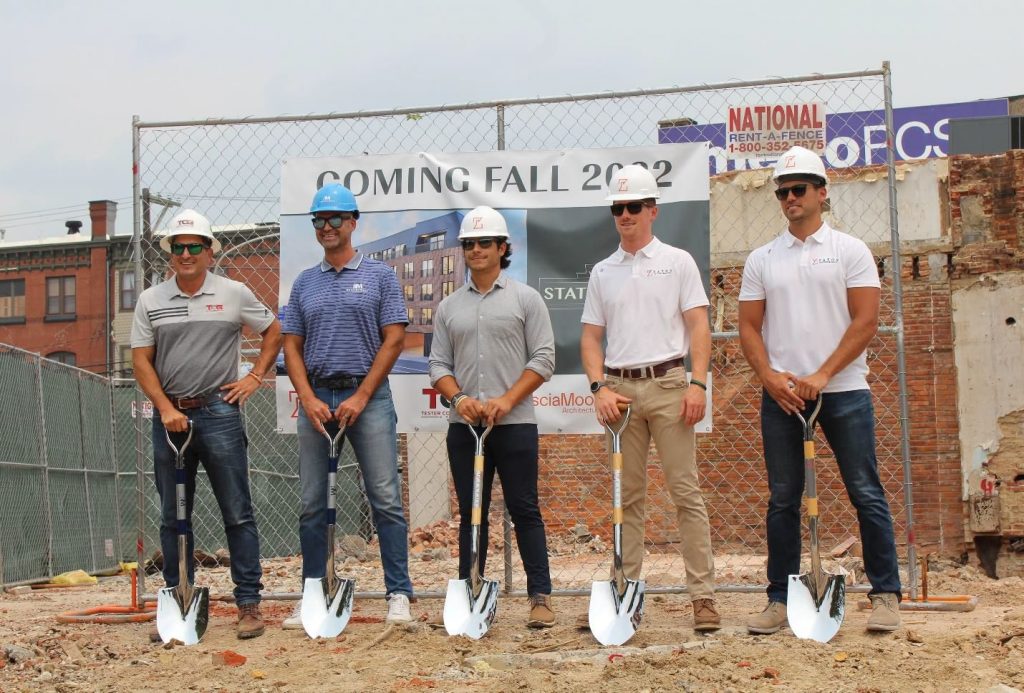 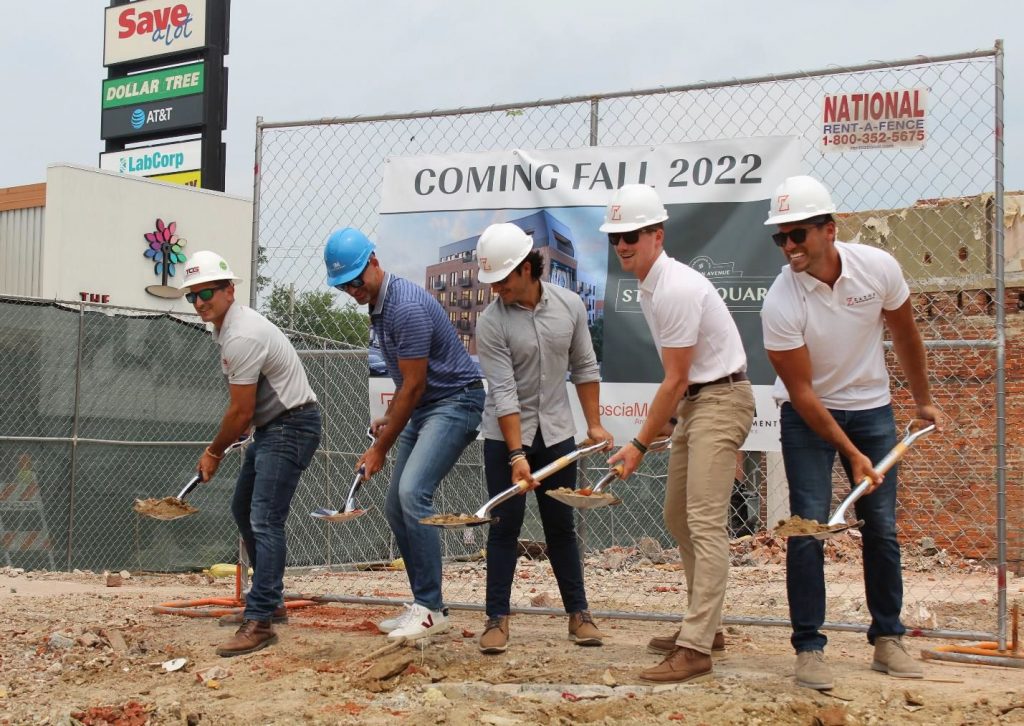 Michael Tester, the President and owner of the Tester Construction Group, shared the following statement: “Station Square is a prime example of how strong partnerships can lead to great projects. We are really looking forward to building with long time clients/partners of R+M Development Partners and Zatos Investments. This is also our 5th project for Coscia Moos Architecture, and we are really looking forward to bringing their vision to life. We have been building in the Germantown for over 5 years and look forward to completing another luxury apartment building to the community.”

At the time of the ceremony, where five members of the development team overturned ceremonial shovelfuls of dirt, the building site sat largely vacant, with some brick rubble still strewn across the ground. According to Tester Construction, completion is expected in fall 2022. 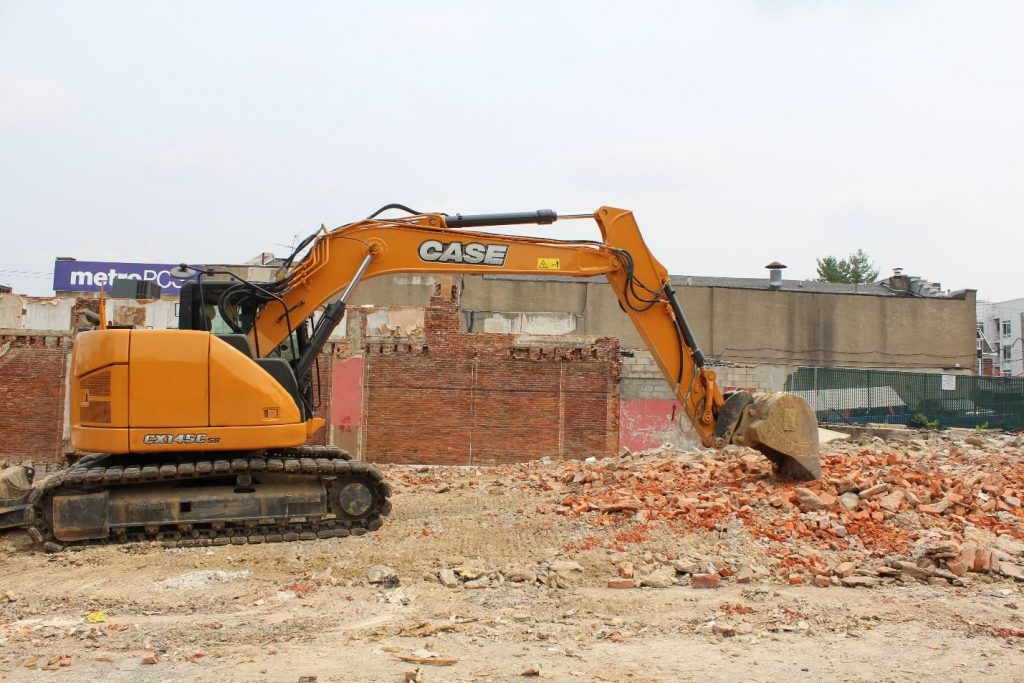 The site at the time of the groundbreaking ceremony at Station Square at 308-16 West Chelten Avenue. Credit: Tester Construction Group

As commuters continue to revert from traffic-clogged highways to fast and reliable rail transit, dense, mixed-use development such as Station Square are vital to the ongoing construction boom in the Philadelphia metropolitan area. We look forward to covering the project as it continues to rise.