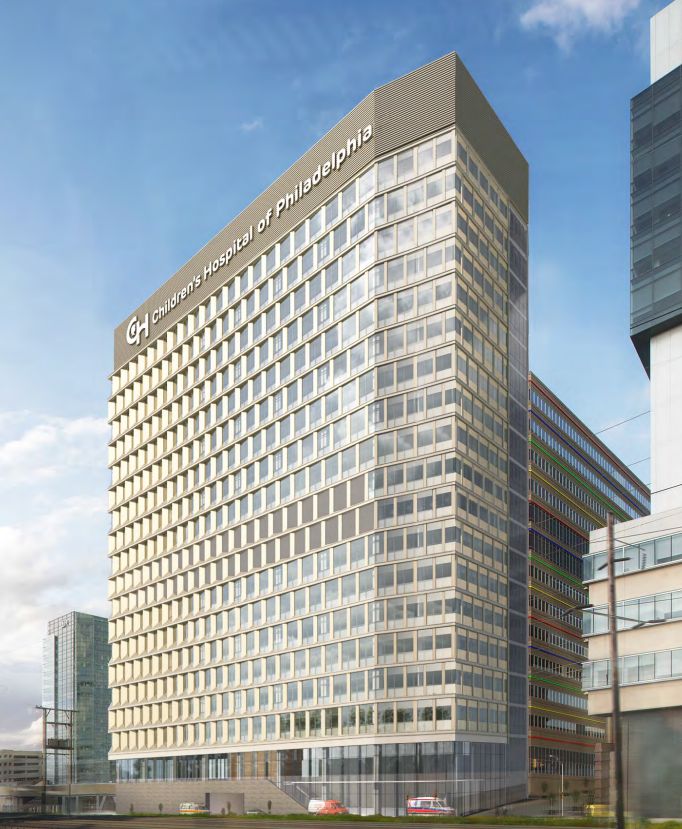 The $4 billion Children’s Hospital of Philadelphia expansion is underway at 3501 Civic Center Boulevard in University City, West Philadelphia, and one of the buildings within the project will soon complete construction. Designed by Perkins + Will, the CHOP Hub for Clinical Collaboration rises just to the south of the CHOP Buerger Center. The building rises 377 feet and 19 floors high. 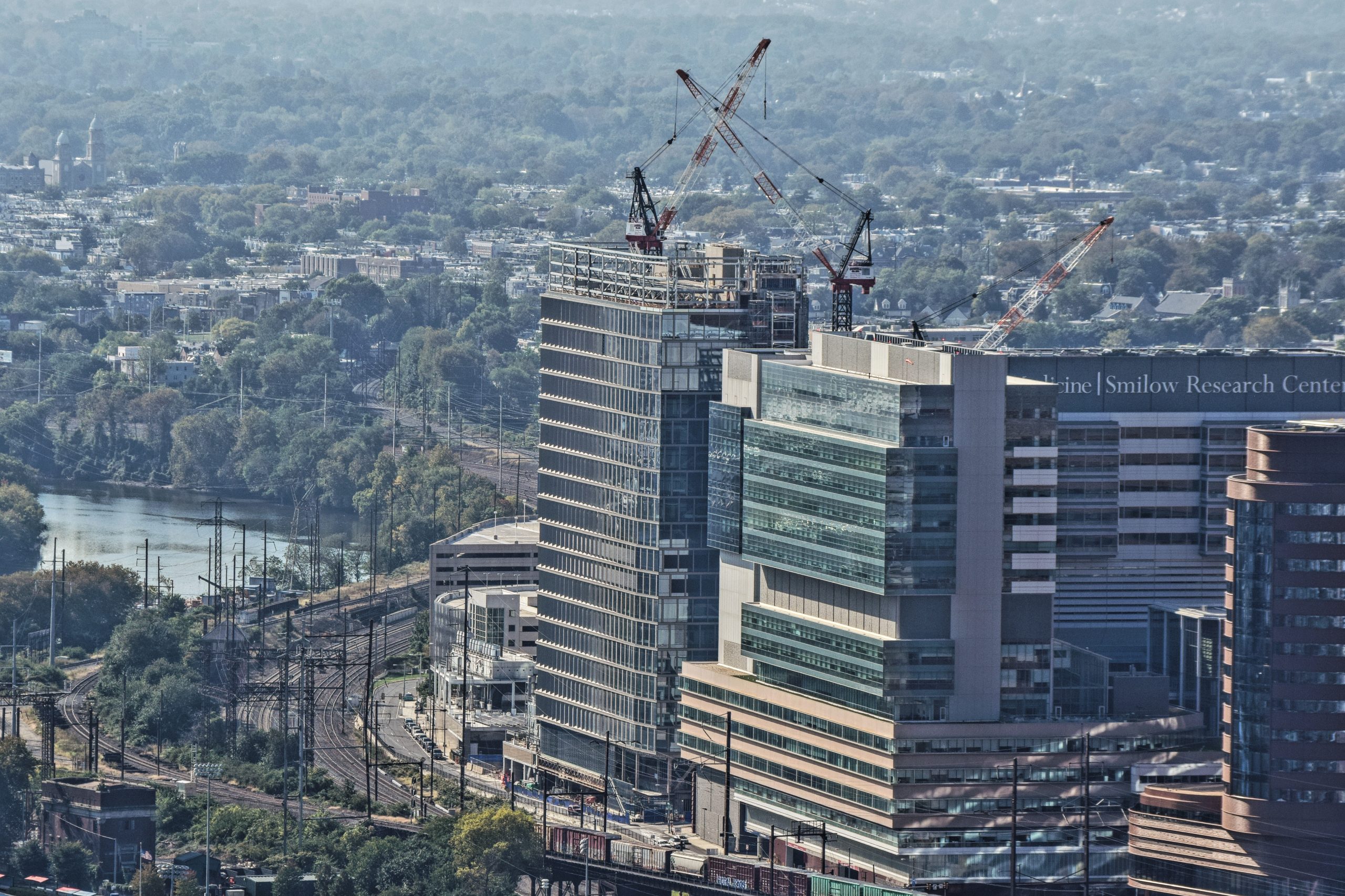 The CHOP Hub for Clinical Collaboration at 3501 Civic Center Boulevard, the newest addition to the Children’s Hospital of Philadelphia complex in University City, West Philadelphia, is looking nearly complete. Designed by Perkins+Will, the building stands 377 feet tall, with 19 high-ceiled floors. The modern structure will add over 550,000 square feet of space and 560 new beds for future patients. 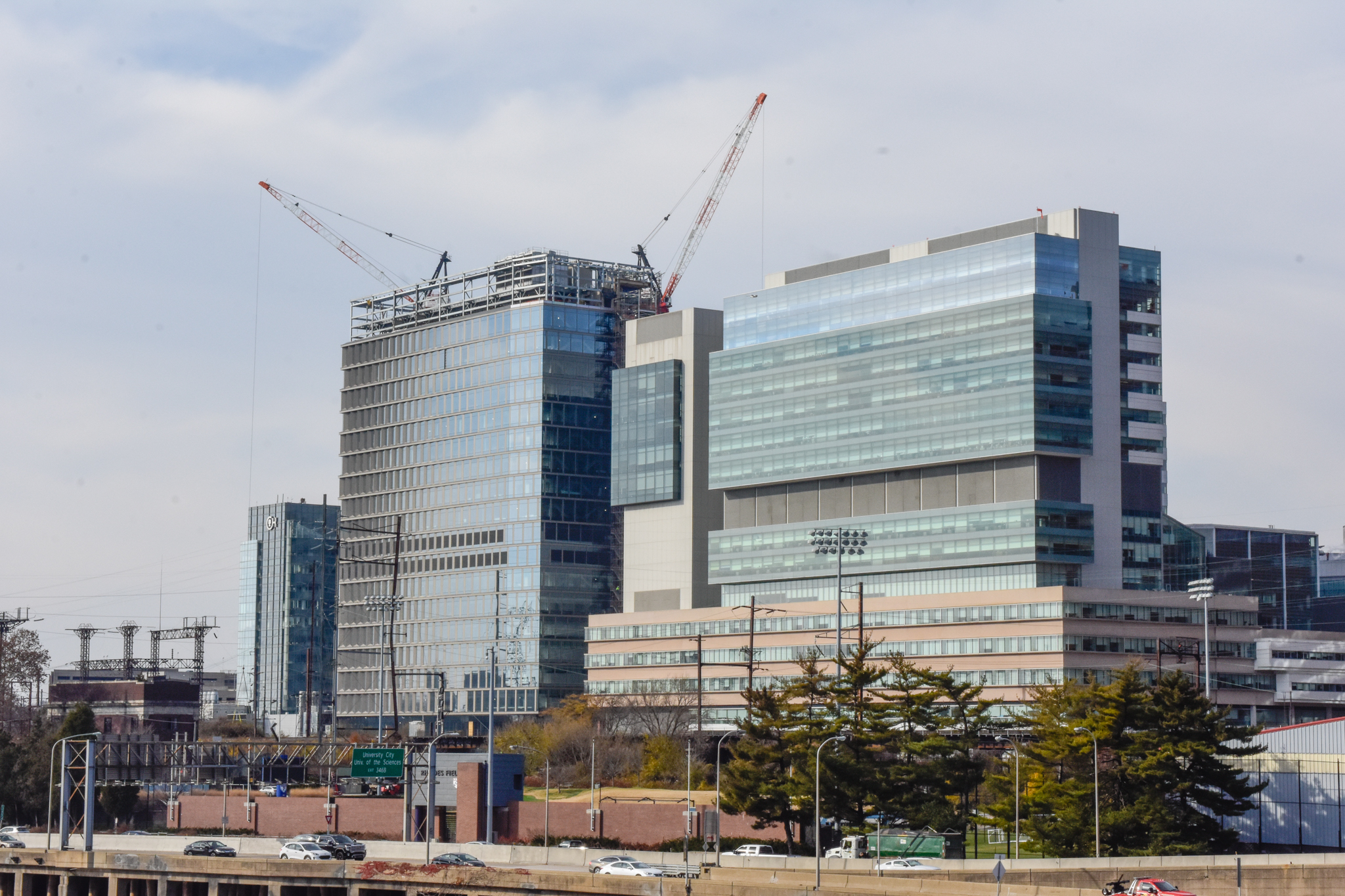 The 9th place on Philadelphia YIMBY’s December 2021 Development Countdown goes to the 377-foot-tall, 19-story CHOP Hub for Clinical Collaboration at 3501 Civic Center Boulevard in University City, West Philadelphia. Designed by Perkins+Will, the building is a part of a $3.4-billion expansion for the Children’s Hospital of Philadelphia and will connect to the existing hospital complex. 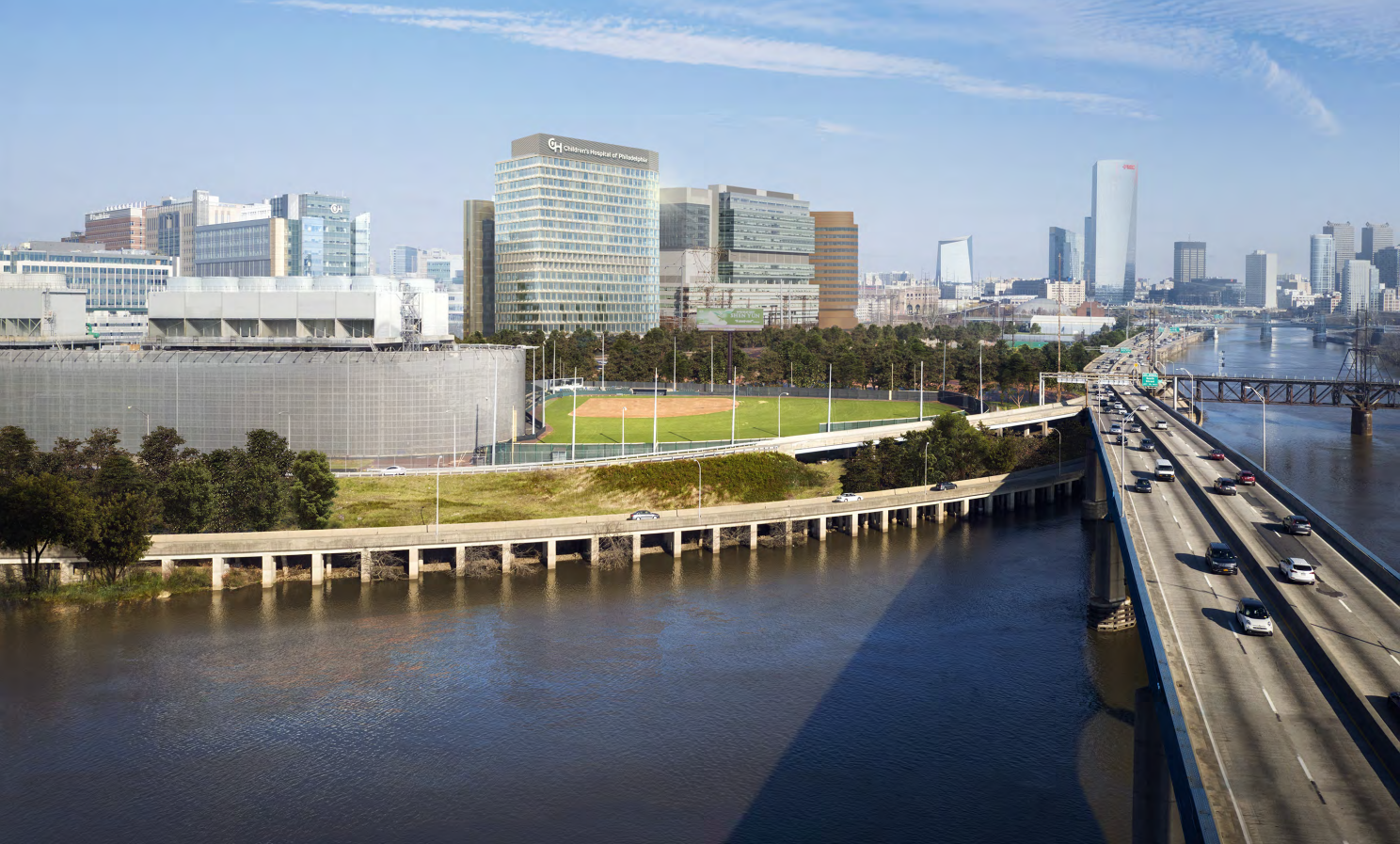 The CHOP Hub for Clinical Collaboration at 3501 Civic Center Boulevard is starting to look like the projected renderings as facade work is making steady progress. Located in in University City, West Philadelphia, the massive structure is the first phase of the Children’s Hospital of Philadelphia’s expansion plan and is being built at a cost of $4 billion. Designed by Perkins+Will, the structure now stands at its final height of 377 feet and 19 stories.

Over the past year, Philadelphia YIMBY has showcased the skyline on a constant basis, which has seen nearly a decade of constant construction. A number of projects have spawned all around the city, producing massive growth. Center City of course receives the most developments, as it is the busiest neighborhood. Other nearby neighborhoods are also joining in on the growth, such as University City. In this feature, Philadelphia YIMBY compares sections of the Philadelphia skyline via photographs taken this and last year.