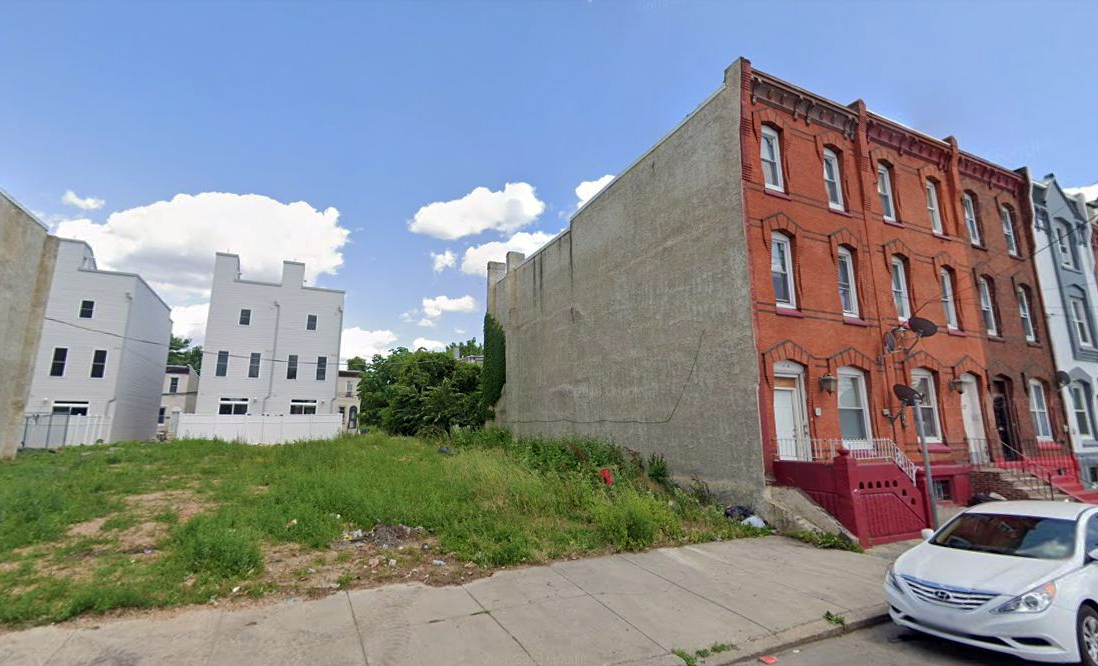 A zoning permit has been filed for the construction of a six-unit residential structure at 1721 North 21st Street in the Cecil B. Moore neighborhood in North Philadelphia. Since the lot was merged with the adjacent 1723 North 21st Street earlier this year, the proposal may likely consist of a joined three-story townhouse pair situated within an attached or a merged structure, given that the permit calls for two roof decks. The combined structure will span a total of 2,000 square feet of ground space. Aberra Negash A is the listed owner.