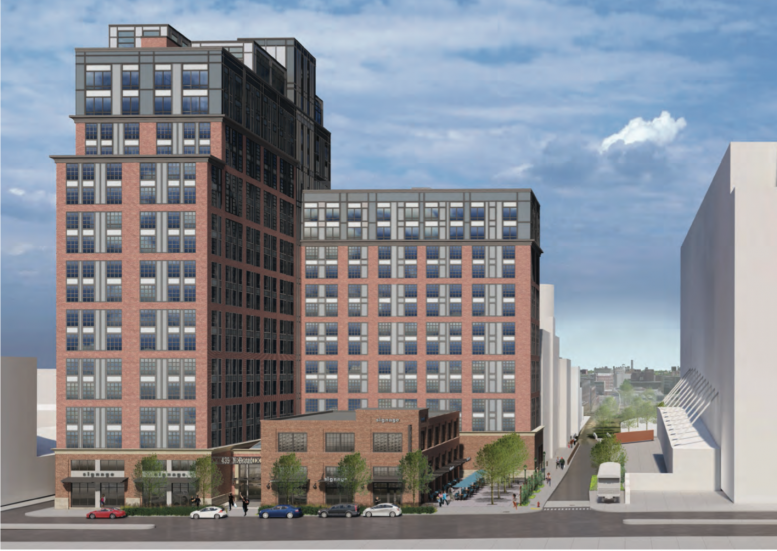 Broad And Noble via Barton Partners.

Philly YIMBY’s recent site visit has observed no construction activity at the future site of Broad and Noble, a high-rise development proposed at 435-43 North Broad Street in Callowhill, North Philadelphia. Designed by Barton Partners and developed by Toll Brothers, the project will rise 231 feet and 19 stories and will include 344 apartments within the 371,302 square feet of residential space, as well as 23,647 square feet of amenity space, 46,275 square feet of parking and loading space, 10,574 square feet of retail, 8,351 square feet of office space, and 107 underground parking spaces. The proposal gets its name from its location at the northeast corner of North Broad Street and Noble Street, half a block away from the entrance of the elevated Rail Park. 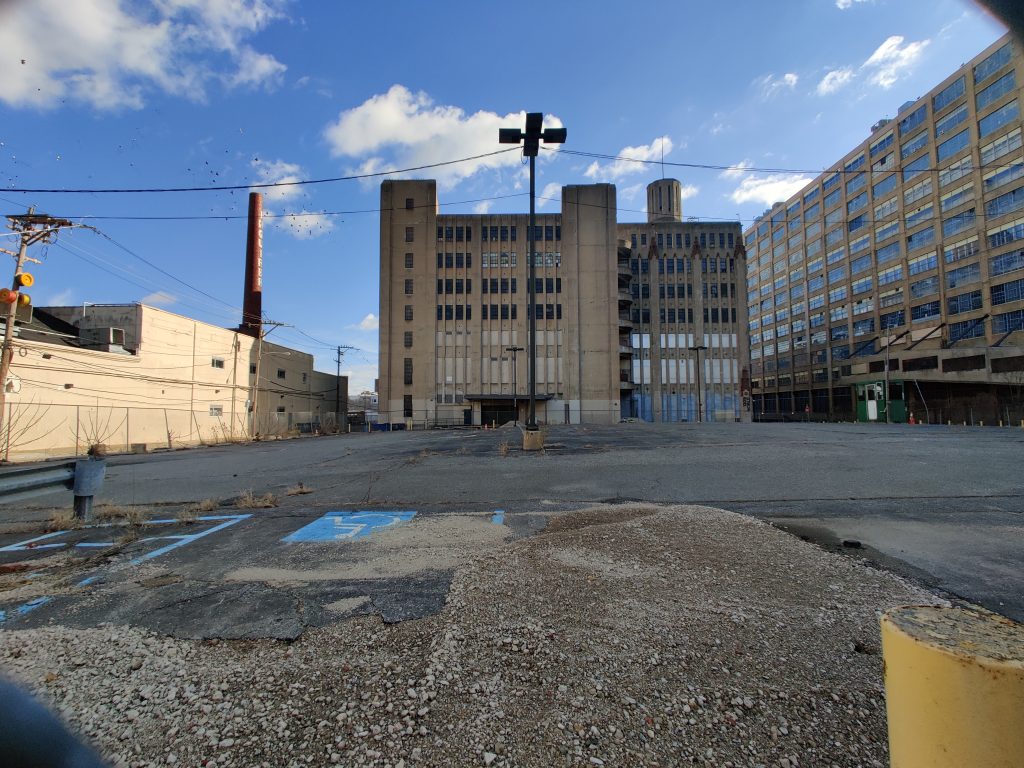 The proposal was unveiled at the end of October 2019, with permits for rezoning the site posted two months later. The renderings show an L-shaped building clad in brick with gray and white highlights. Construction permits were filed in December 2020, and groundbreaking was expected to take place early this year, so we may see the event in the near future.

The areas around both lower North Broad Street, Spring Garden Street, located three short blocks to the north, and Rail Park are seeing a massive surge of proposals. One of the most proximate such projects is the 275-foot-tall, 17-story high-rise planned two blocks south at 619 North Broad Street.

No completion date has been announced, though completion by 2023 is feasible.

1 Comment on "Site of Broad and Noble Remains Inactive in Callowhill, North Philadelphia"