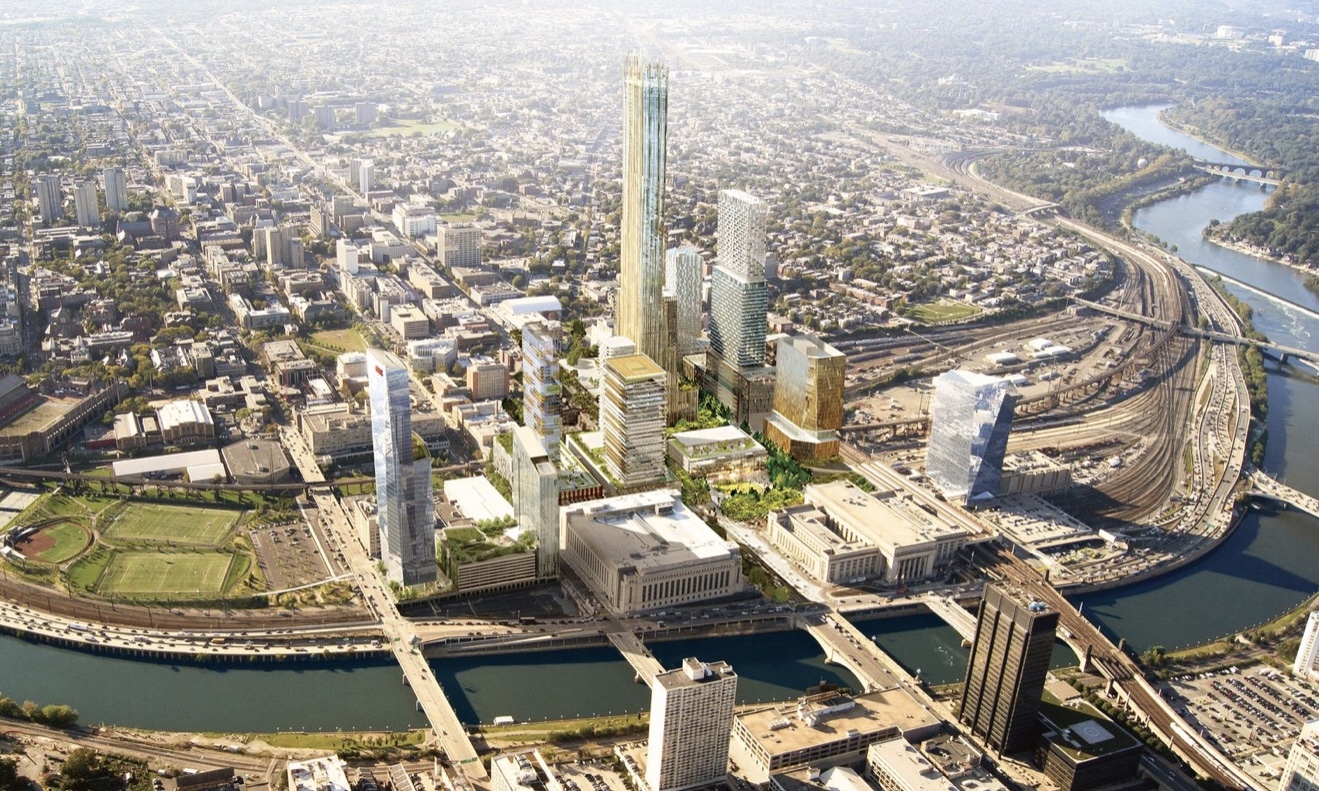 Ever since the master plan for Schuylkill Yards in University City was unveiled for the first time, it displayed a supertall skyscraper dominating the 14-acre site, a feature that persisted throughout all future iterations. Renderings show a glass-clad tower rising at 3101 Market Street, accented with bronze highlights that appear similar to those at 9 DeKalb and 111 West 57th Street in New York City, which are also designed by SHoP Architects, the group behind the Schuylkill Yards master plan. Brandywine Realty Trust, the project developer, is also responsible for projects such as the 350-foot-tall tower proposed at 2100 Market Street in Center City. As of the 2016 renderings, the supertall appears to rise around 1,100 feet high. 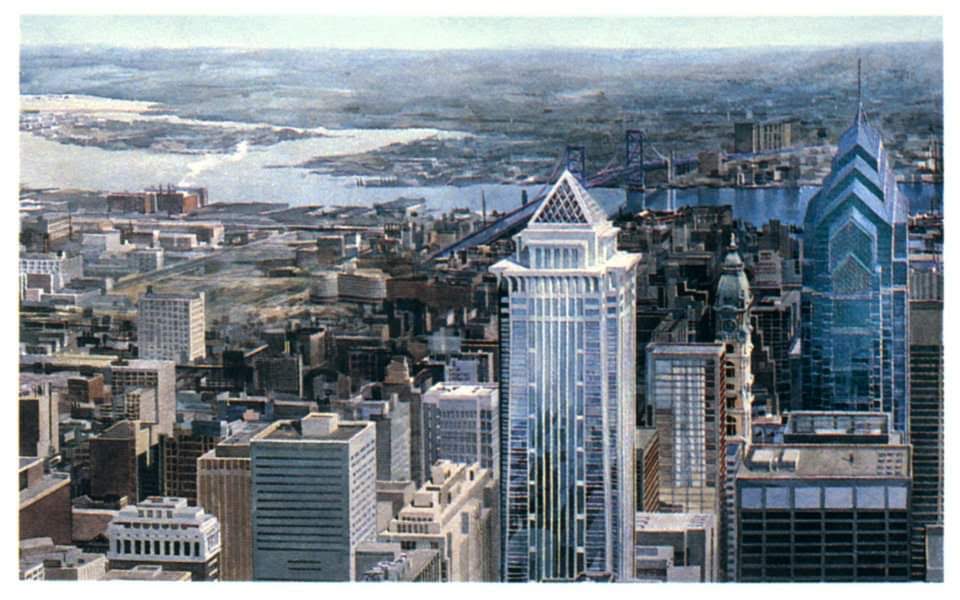 The 824-foot Mellon Bank Center at 1735 Market Street was completed in 1990. Originally, the tower had a similar design yet with a taller shape and several other  differences. Designed by Kohn Pedersen Fox and developed by CommonWealth REIT, the tower would have stood 880 feet tall and would have featured projecting floor space at the corners up to an estimated height of 400 feet. The crown would have also appeared more skeletal than it looks today. Stone patterns all around the base are different. 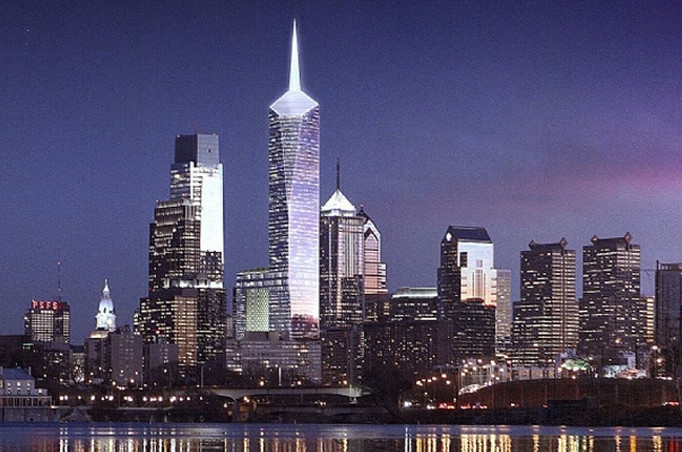 During the construction of the first Comcast Center tower, many wondered whether the 975-foot-tall skyscraper would rank as the city’s tallest for much longer. Just a few months before the former’s topping out, details were released about the American Commerce Center at 1800 Arch Street, a proposal that stunned many development watchers with its 1,510-foot height. The project was being developed by Hill International Real Estate Partners and designed by Kohn Pendersen Fox, a firm that is also behind the 792-foot-tall Mellon Bank Center, currently the city’s fifth-tallest building, and Arthaus, a 542-foot-tall skyscraper currently under construction. The development was ultimately canceled and the 1,121-foot-tall Comcast Technology Center was built at the site. 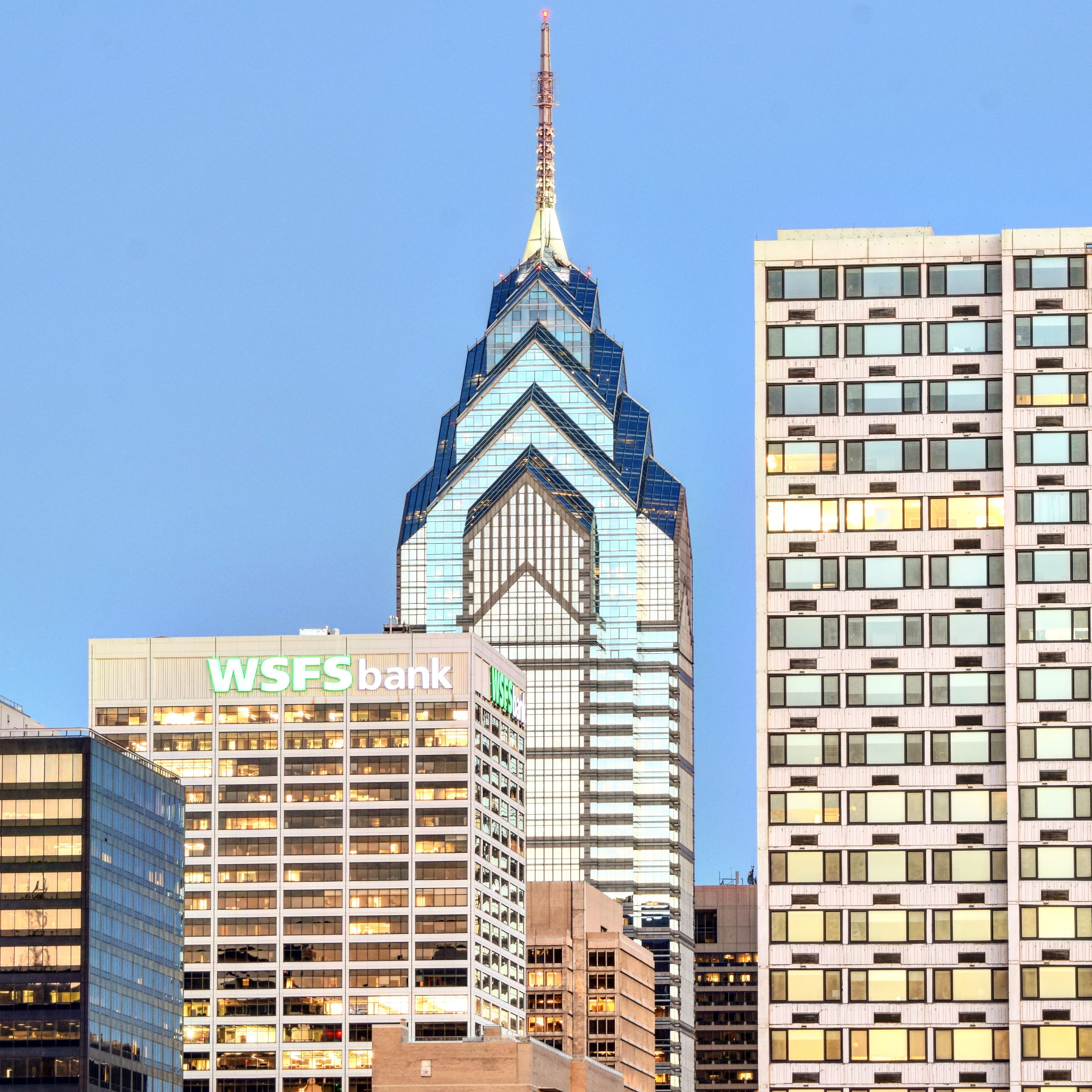 One Liberty Place at 1650 Market Street is an intricately designed skyscraper has dominated the skyline of Center City for over three decades. Designed by Murphy/Jahn and developed by Rouse and Associates, the tower is clad in a pattern of stone, metal, and glass that rises up to the angled crown and the thin spire. The tower first rose to its final 61-story height in the beginning of 1987, when the top floor was assembled beneath the future spire. Philly YIMBY looks back at the design process by architect Helmut Jahn via drawings from 1984, which show multiple design iterations.