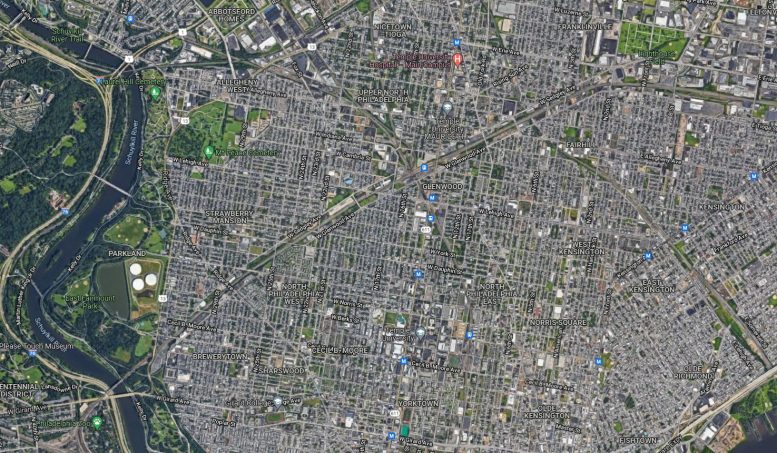 While all agree that North Philadelphia spans to the north of Center City and to the east of the Schuylkill River, its precise boundaries are difficult to define. Similarly, North Central Philadelphia is a rather fluid concept, as its rectilinear gridiron blocks extend seamlessly into adjacent districts.

Using its broadest definition, North Central may be definitively stated to be situated between Lower North Philadelphia and Upper North Philadelphia, and to the west of Kensington. However, texact boundaries are much more difficult to define. We draw the lower boundary somewhere between Girard Avenue and Cecil B. Moore Avenue, an up-and-coming, transitional area where much new development is taking place.

The northern boundary may span anywhere between the railroad-adjacent Glenwood Avenue and Roosevelt Boulevard, but, at the moment, the exact definition is less relevant to us as little development is on the drawing boards for the area (which is a situation we hope to see changing in the future).

The eastern extent is equally challenging, and may be said to run anywhere North 5th Street and North Front Street, past which the district can hardly be called anything but Kensington and/or the River Wards. 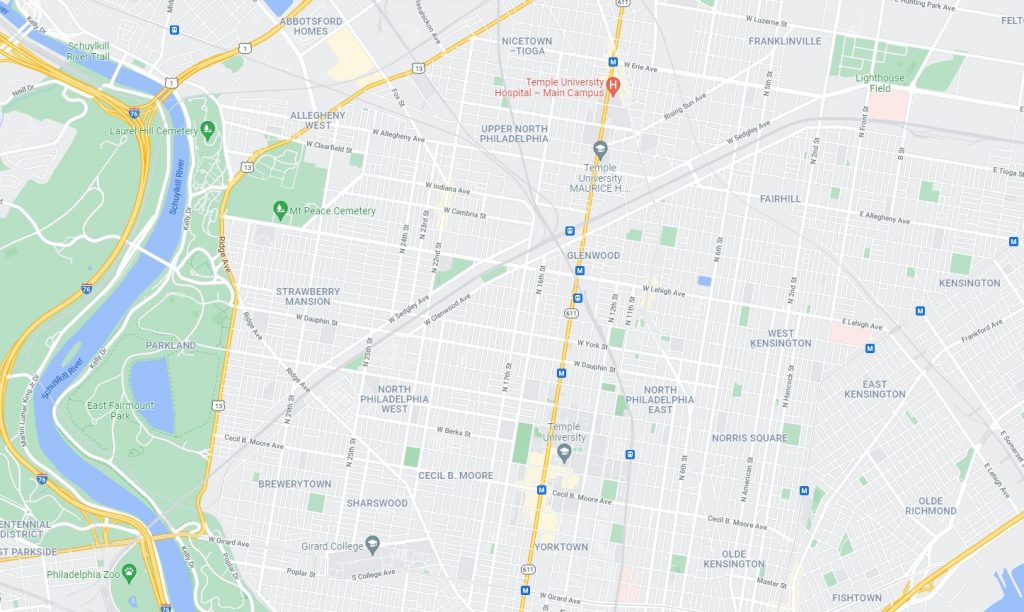 In an oversimplified description, North Central Philadelphia’s ongoing construction market may be tied down to three primary catalysts: the northward expansion of Center City’s rising real estate fortunes, a development boom that continues to blossom around Temple University, and echoes of the ongoing construction surge in Northern Liberties and Fishtown.

Anything between Girard Avenue and Cecil B. Moore Avenue may be safely described as Lower North Philly rather than North Central (after all, the Lower North Philadelphia Historic District is situated along Cecil B. Moore Avenue). This Center City-proximate area has some of the largest and flashiest projects proposed and underway within the North Central category, but we understand if you disagree with our inclusion of them on this list.

On the other hand, the area around Temple University, particularly the zones to the north, east, and west, fit the North Central Philadelphia definition by pretty much anyone’s standards. Since the turn of the millennium, the university’s ever-expanding student body has been a major driver for development in the adjacent area, as on-campus accommodations tend to be both pricey and limited in number.

At the moment, most development in the university area is not as dazzling and eye-catching as that in progress in many other parts of the city. New building filings tend to be small in scale, typically rising three to four stories and holding a handful of residential units. However, what they lack in scale they make up with sheer numbers, where a pervasive construction push is currently reviving an extensive swath of the city.

This prospect has been facilitated by relatively cheap real estate and an abundance of derelict and vacant properties, as the district was heavily hit by the postwar advent of depopulation and demolitions. Entire blocks have been razed in the second half of the twentieth century, so the ongoing construction surge is transforming portions of the district in a particularly dramatic manner. We have covered this trend we covered in our Grandeur and Desolation feature.

North Central Philadelphia gets its boost not only from the large number of construction filings, but also from abundant demolitions, where predominantly prewar structures are meeting the wrecking ball both as a part of a citywide nuisance removal program and through private developers looking to improve their property.

While removal of derelict structures makes for an overall benefit for the city, regrettably often we see tear-downs of notable, or even remarkable, buildings that should have been saved, at least partially, whenever possible. As such, we urge the city to enact stronger policies that would encourage partial preservation and renovation of prewar buildings within new development.

Below look at some of the notable developments that we have covered in the area over the course of the past year. 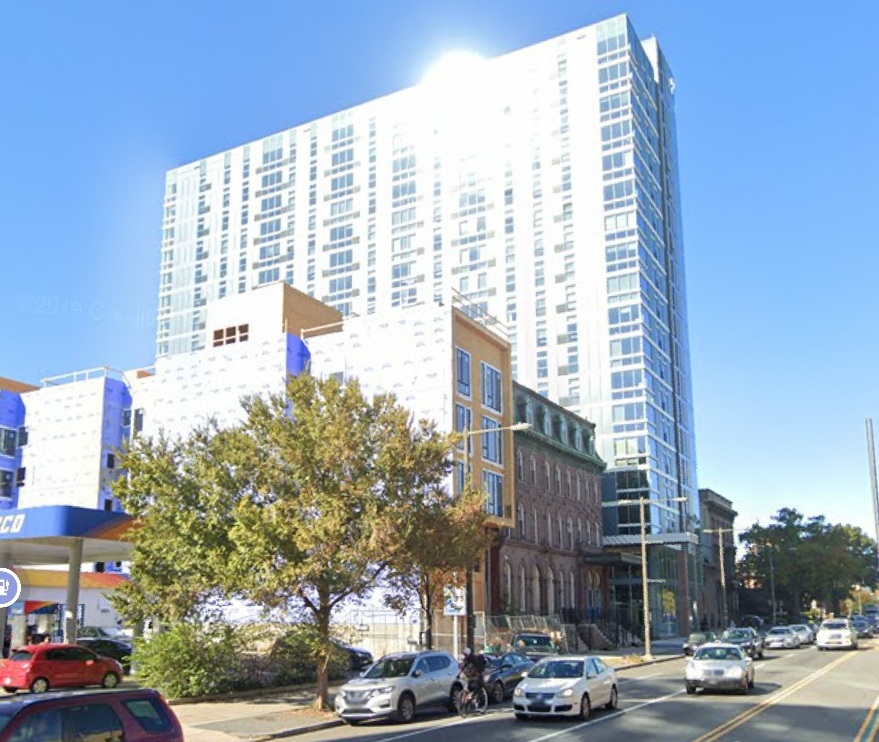 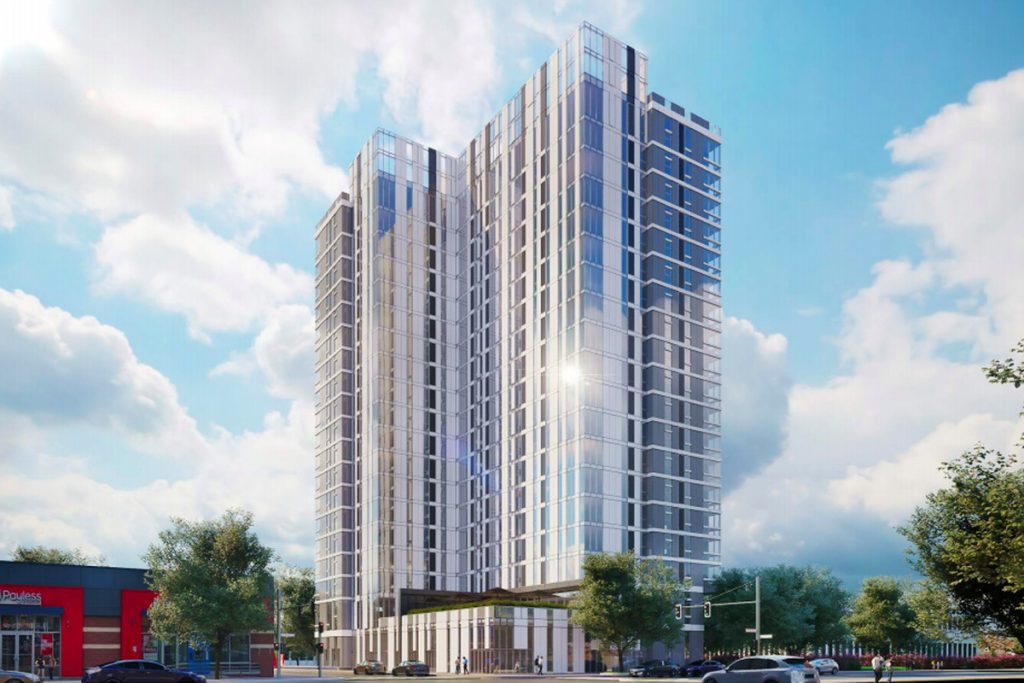 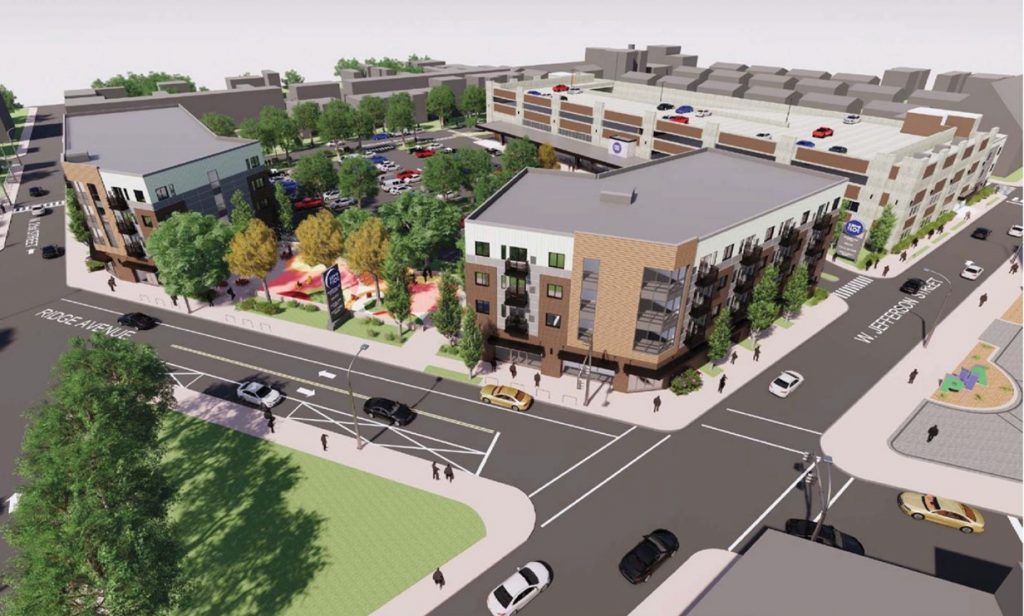 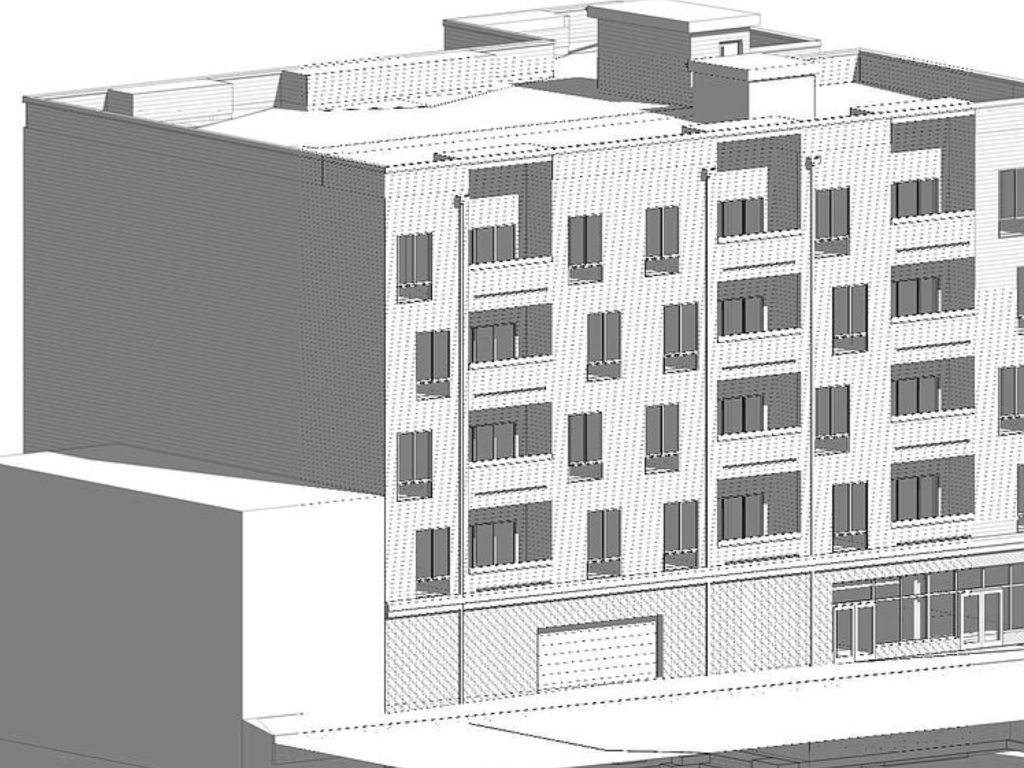 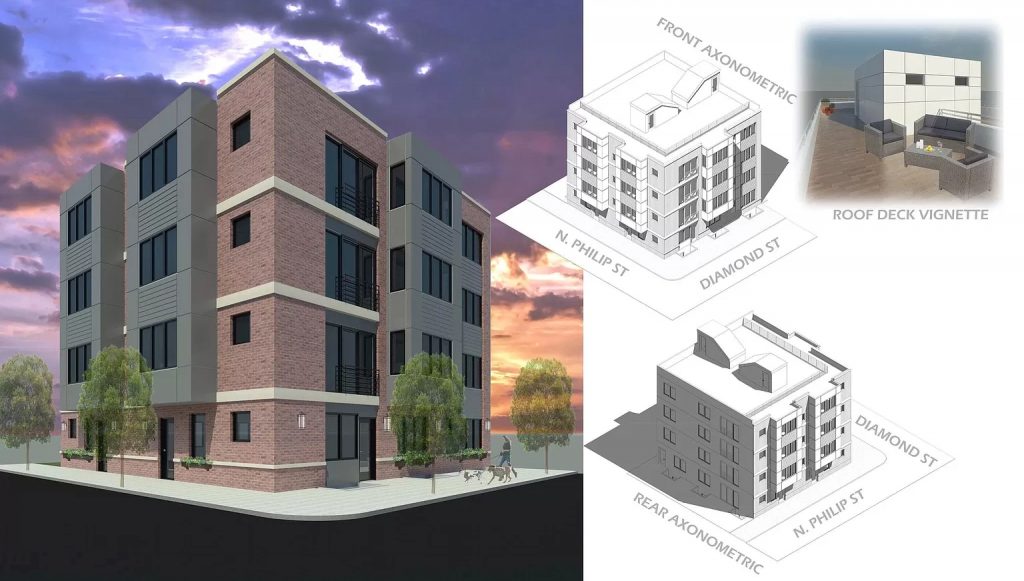 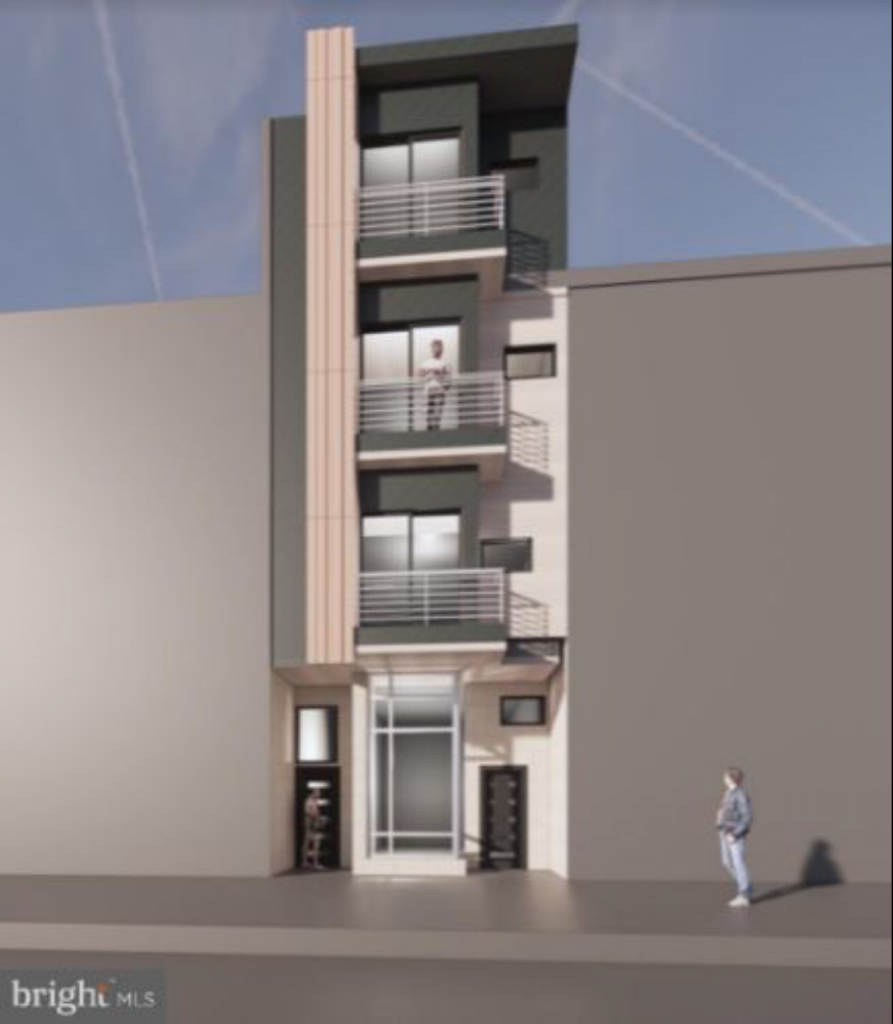 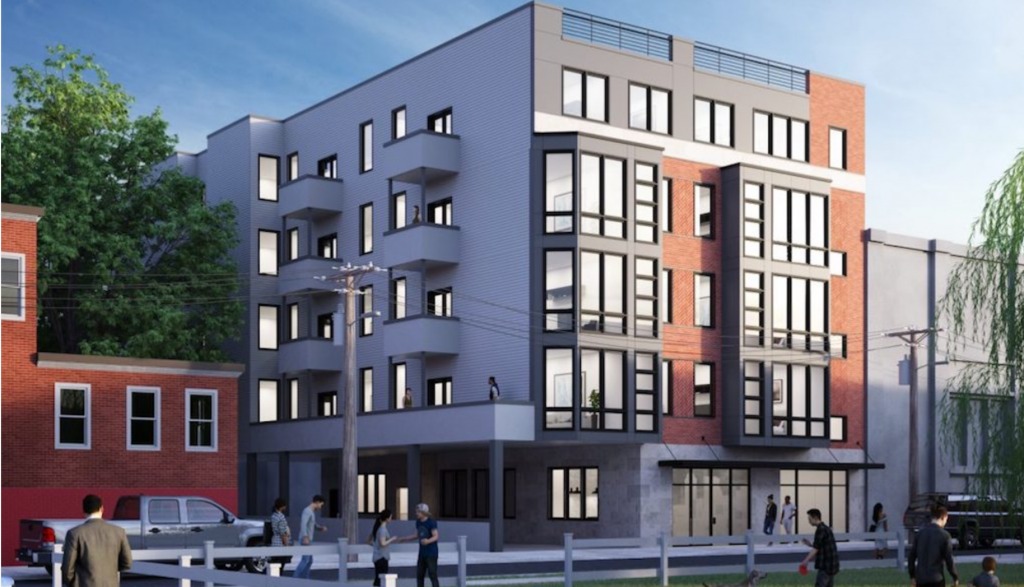 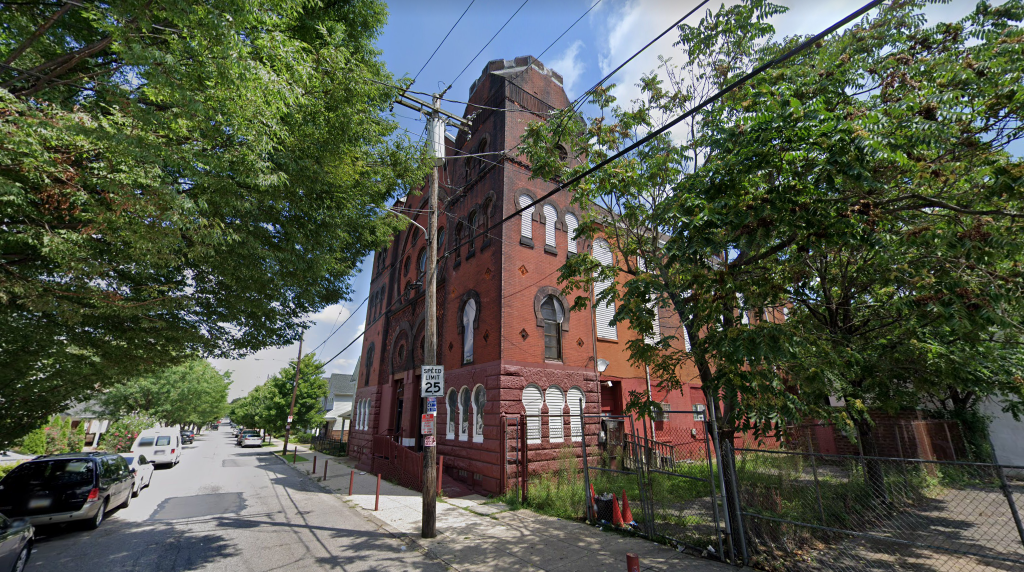 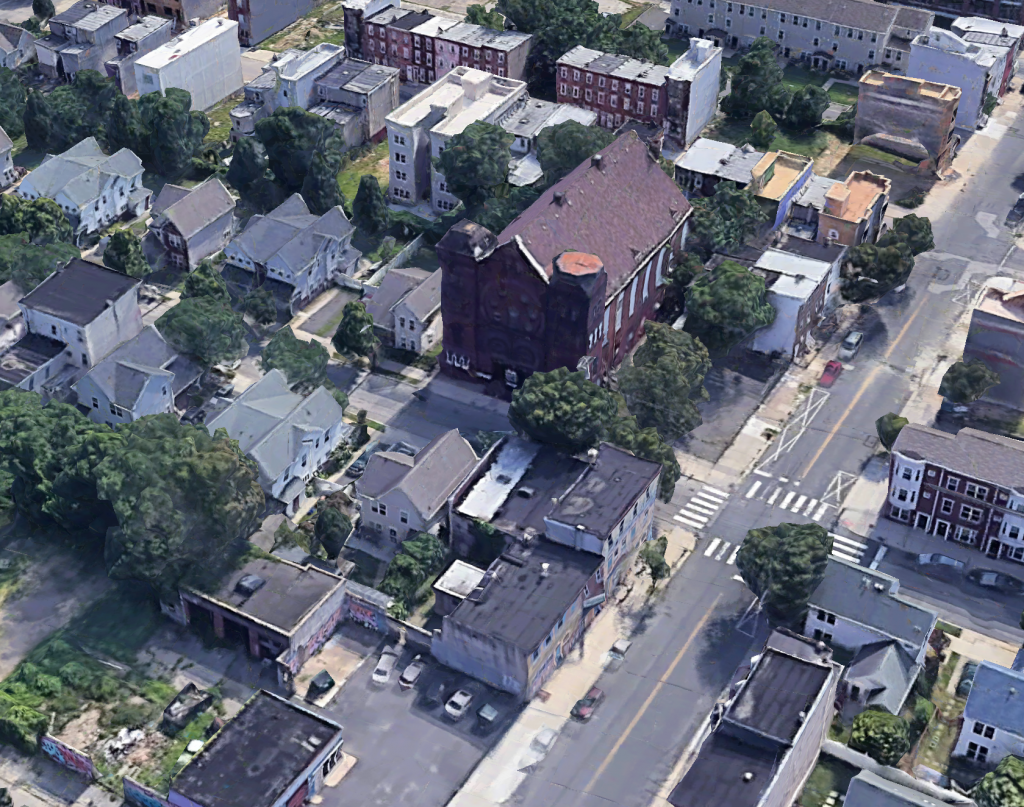 A positive turn of events is on the drawing boards at 1705-13 North 7th Street, where a quixotic, brooding church-turned-synagogue-turned-abandoned ruin is about to once again be reborn as a 22-unit residential building. 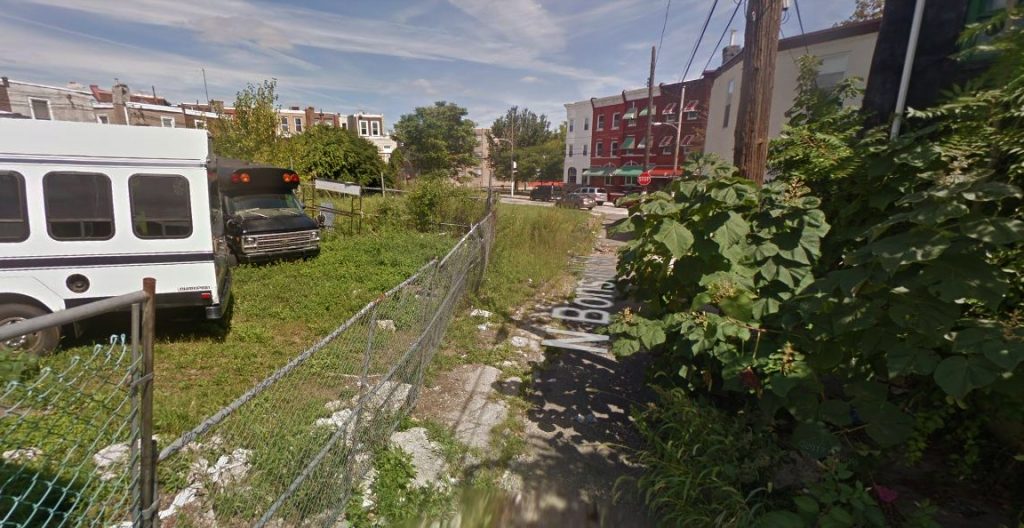 We round off out list with list with a reminder that even minor development may offer fascinating insight into the neighborhood’s past, present, and future. Almost exactly a year ago, we reported that permits were filed for two single-family dwellings at 1722 and 1724 North Bonsall Street, just to the north of the point where Cecil B. Moore Avenue intersects with Ridge Avenue.

The remarkable thing about the filing is its location. The older, inner districts of Philadelphia feature a number of remarkably narrow streets, such as North Bonsall. The thoroughfare is only one block long and has a roadway that measures just six feet wide, or around 20 feet including the sidewalks. For reference, the standard one-way street in New York City measures 30 feet wide, or 60 if including sidewalks. Moreover, over the years the block has lost most of its built stock, and has become so derelict and overgrown that it is barely passable either on foot or by car.

The fact that development is reaching even such desolate, alley-like streets is an extremely positive sign for the neighborhood. We hope (pardon the pun) that, in the near future, the presently derelict stretch will resemble the similarly narrow Hope Street in Fishtown, where low- and mid-rise buildings now rise on either side, creating a cozy and thoroughly urban corridor.