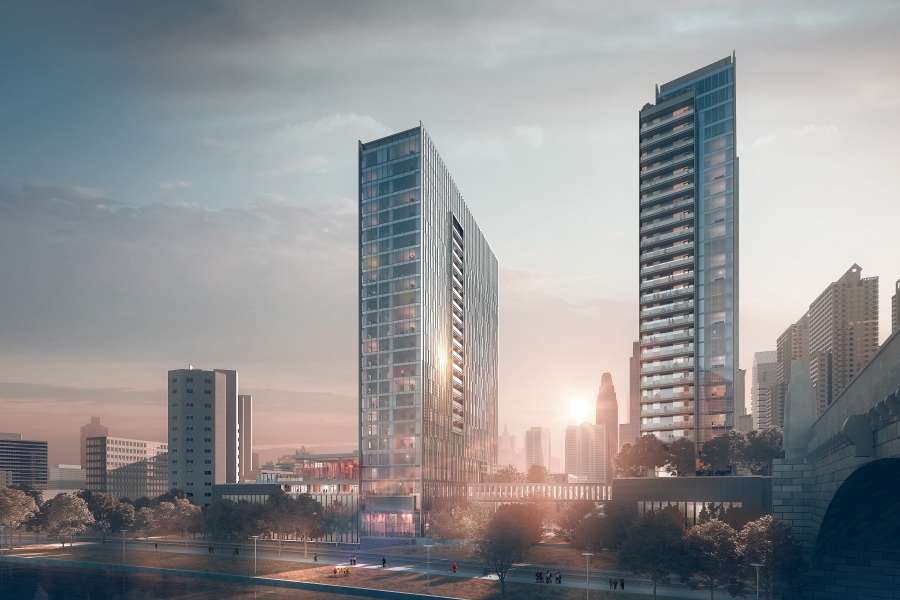 One of the most visible projects in progress in Center City is the two-towered Riverwalk development at 60 North 23rd Street, which ranks at number 13 on Philly YIMBY’s December 2020 Development Countdown. The project is designed by Gensler and the developed by PMC Property Group, which is behind a number of projects in the surrounding Center City West neighborhood. The 315-foot-tall, 28-story north tower is topped out and the south tower, which will stand 362 feet and 32 floors tall, is nearing the halfway point. The two hulking structures, located just to the west of the Schuylkill River and the Schuylkill Trail, already dominate the area. Both rise from a massive base that was originally planned to be connected by a glass-covered sky bridge. The development will yield a total of 711 residential units, with 331 units in the north tower and 380 units in the south tower. 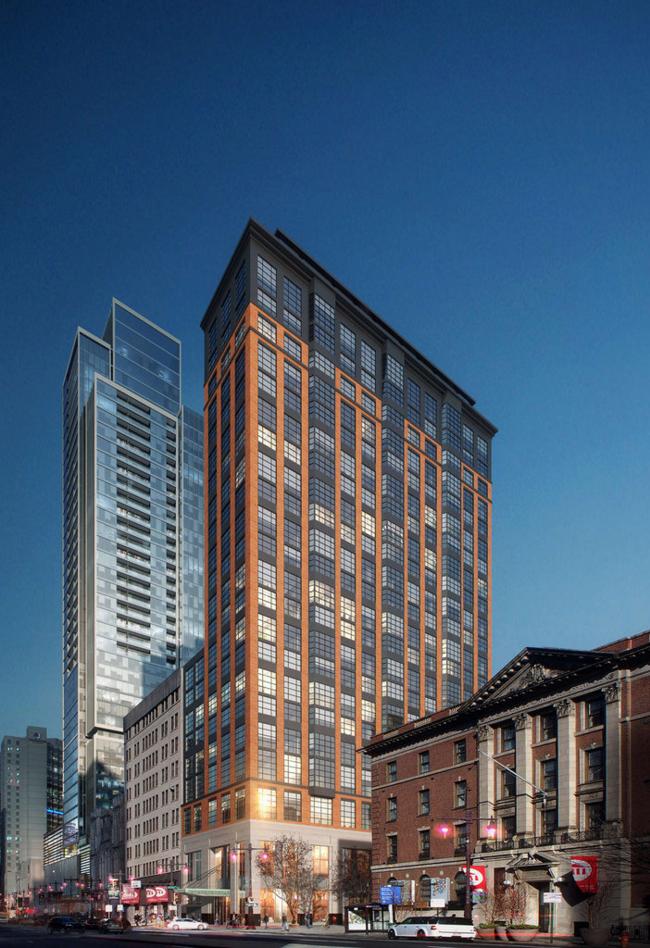 Demolition preparations are underway for Broad + Pine, a 361-foot-tall tower proposed at 337 South Broad Street in Washington Square West, Center City, and number 16 on Philly YIMBY’s December 2020 Development Countdown. Designed by Cecil Baker + Partners Architects and developed by Dranoff Properties, the tower will stand 28 stories and yield 56 condominium units. The site, which is located at the northeast corner of Broad Street and Pine Street, is currently occupied by a three-story prewar building that once housed retail and a parking garage. 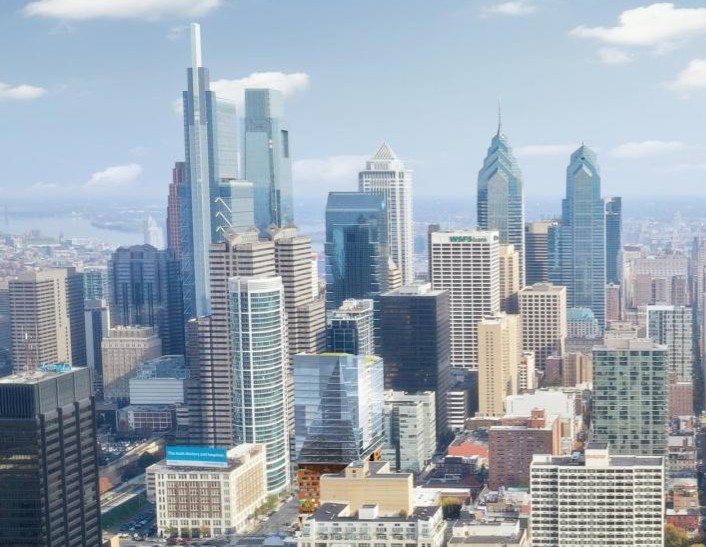 Updated renderings have been revealed for 21M, a 350-foot-tall mixed-use tower at 2100 Market Street in Center City West and number 17 on Philly YIMBY’s December 2020 Development Countdown. The project is being developed by Brandywine Realty Trust and has recently received a new design by Edry McHenry Architects with a considerable height reduction. Brandywine Realty Trust has been trying to redevelop the site into a tower for a few years now, but it looks like it will soon move forward once an anchor tenant is found. While Brandywine and other media outlets have not released any information on the tower yet, a section on 21M was added to the Brandywine site showing two new renderings and some details on the project. 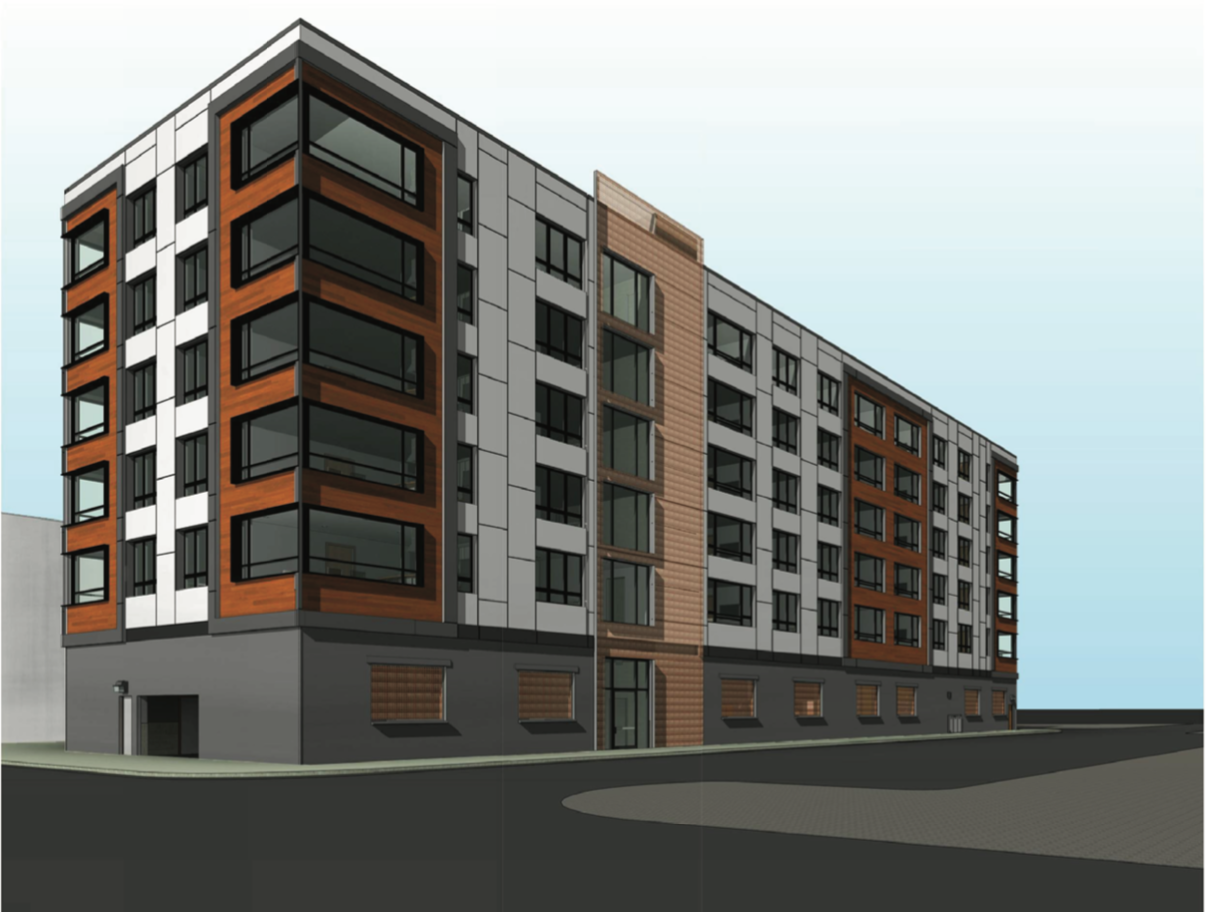 Permits have been issued for the construction of a six-story multi-family structure situated at 502 Wood Street in Old City, a historic neighborhood located in Center City. Designed by JKRP Architects, the building will hold 50 residential units with 13 total parking spots, two of which will be reserved as car share spaces. The building will total 55,470 square feet of space. 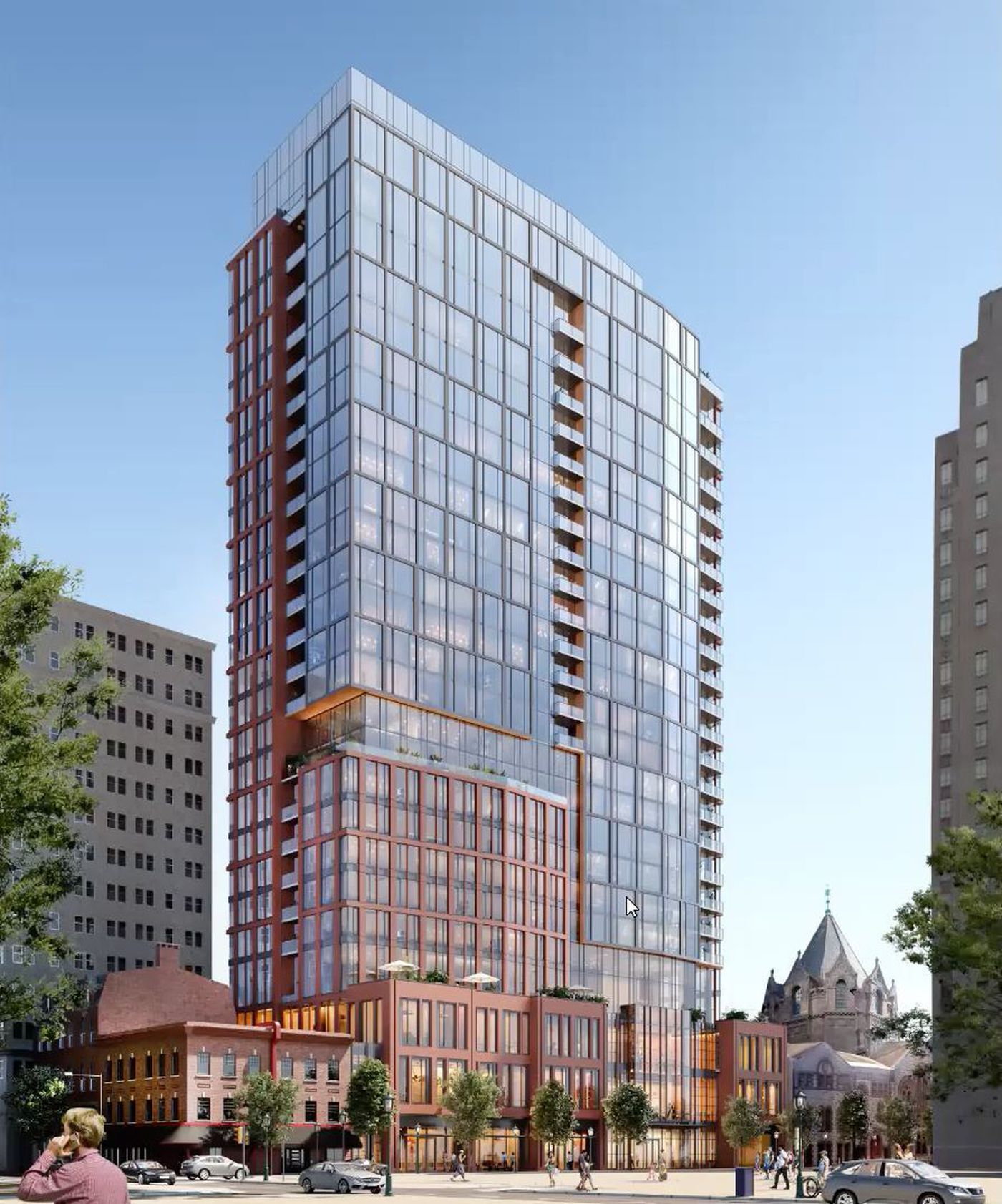 At number 21 on Philly YIMBY’s December 2020 Development Countdown is the 340-foot-tall, 27-story tower planned at 1620 Sansom Street in the Rittenhouse Square area of Center City. Designed by Solomon Cordwell Buenz, a firm that is behind a number of recent projects in the city, and developed by the Southern Land Company, the 298-unit tower will yield 376,900 square feet, with 19,600 square feet of restaurant space, 5,200 square feet of retail, and 67 parking spaces on three underground levels. Though the tower which is located just two blocks to the south of Liberty Place, it will have a significant impact on the surrounding area, which lacks modern structures of a similar size. No progress has been observed at the site since demolition and construction permits were filed in September.