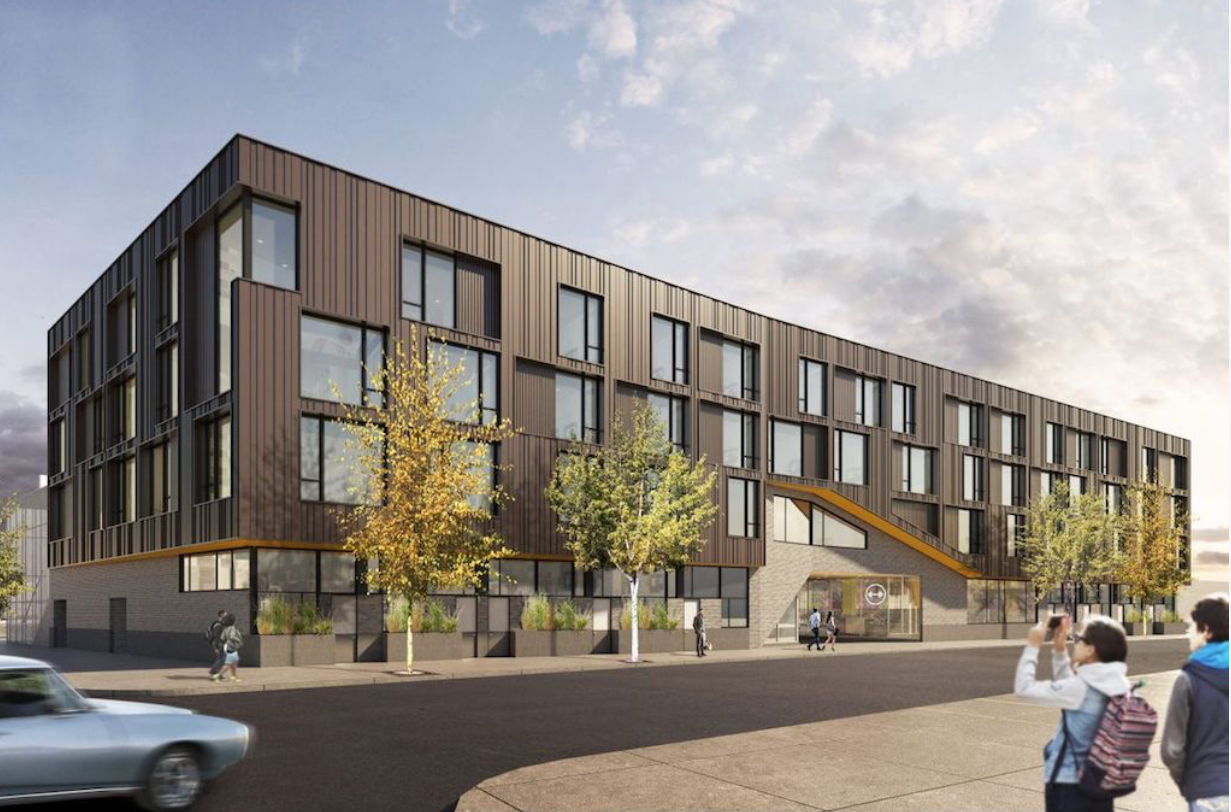 Construction is progressing at the Residences at SoNo, a mixed-use development at North 5th Street in Northern Liberties, North Philadelphia, just to the north of Center City. Designed by ISA Architects, the project stands four stories tall and will hold 49 residential units. Three commercial spaces will be located on the ground floor, with one opening up to North 5th Street in the east and the other two facing the parking lot to the west.

Permits have been issued for the construction of a multi-family structure at 1825 Diamond Street in the Temple University area in North Philadelphia. The development will stand three stories tall and hold five residential units. Designed by KCA Design Associates, the building will hold 7,240 square feet of space and cost an estimated $1 million to build. 1825 Diamond Street LLC is the listed owner.

Permits have been issued for the construction of a multi-family structure at 306-08 Ridge Avenue in Strawberry Mansion, North Philadelphia. The building will stand three stories tall and hold five renal residential units. The structure will be designed by Gnome Architects, though no renderings are available. The building will add 4,959 square feet of space to the neighborhood, coming at an estimated construction cost of $150,000.

Construction is progressing rapidly at 1801 Fairmount, a five-story residential development located at 1801 Fairmount Avenue in Francisville, North Philadelphia. Ten residential units will be included in the development, with a restaurant space proposed at the ground floor. The 18,195-square-foot building will cost $17 million to build.

Philly YIMBY’s recent site visit to the 27-unit residential project under construction at 2100 Hamilton Street revealed that cladding has reached the top of the 11-story structure, though progress has slowed down since our last site visit. Designed by Philadelphia based architects Cecil Baker + Partners and developed by Bock Development Group, the building stands in the Franklintown neighborhood in North Philadelphia near Logan Square in Center City to the south. Last year, the structure reached its full height of 115 feet and is on its way to becoming the latest luxury development in a neighborhood that rarely sees new construction.