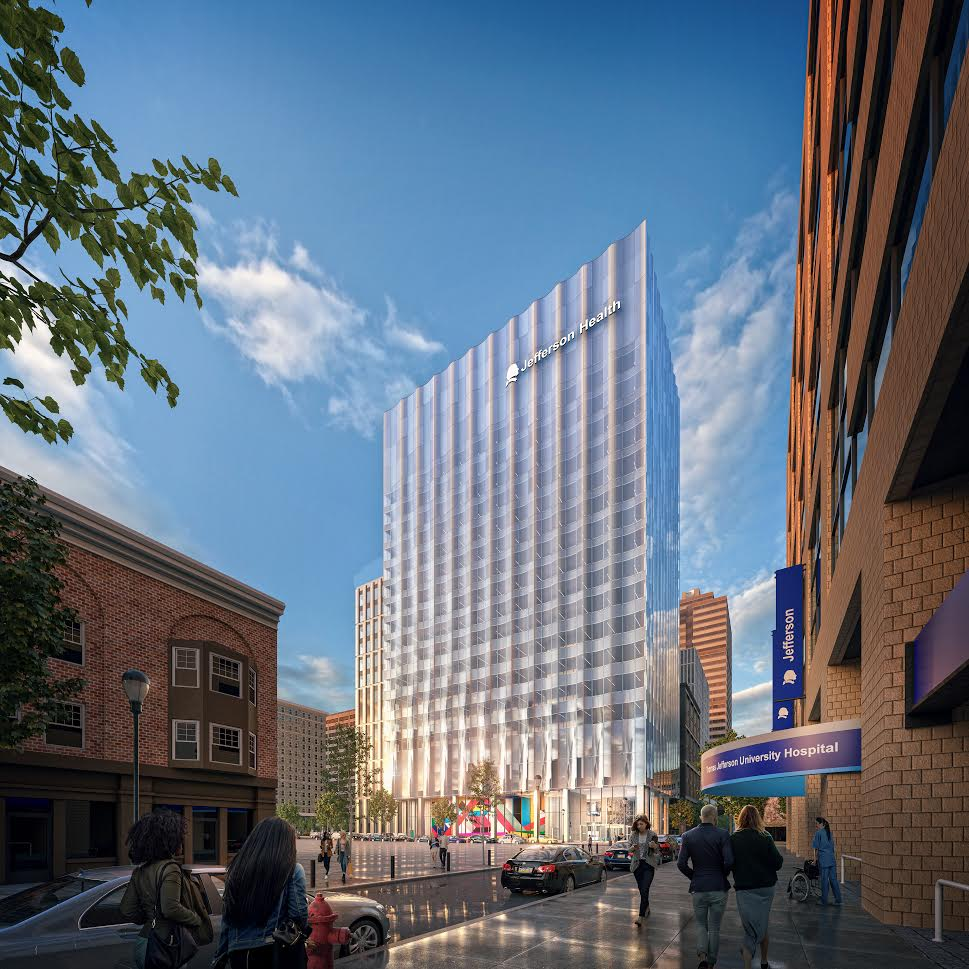 Earlier this month, YIMBY shared the news of topping-out of the Jefferson Specialty Care Pavilion at 1101 Chestnut Street in Market East, Center City, one of the most prominent buildings currently rising into the Philadelphia skyline. Designed by Ennead Architects and Stantec and developed by Jefferson Health and National Real Estate Development, with LF Driscoll and Hunter Roberts Construction Group joint venture acting as contractors, the building comprises the bulk of East Market Phase 3, the final component of the mixed-use, multi-block East Market development. As of February 1st, the steel-framed structure has officially reached its final height of 364 feet and 23 stories (19 stories if excluding mechanical floors). The $762 million medical facility will be the single largest real estate investment in Jefferson’s nearly 200-year history and will offer ample cutting-edge equipment. Today YIMBY offers a detailed overview of the momentous event. 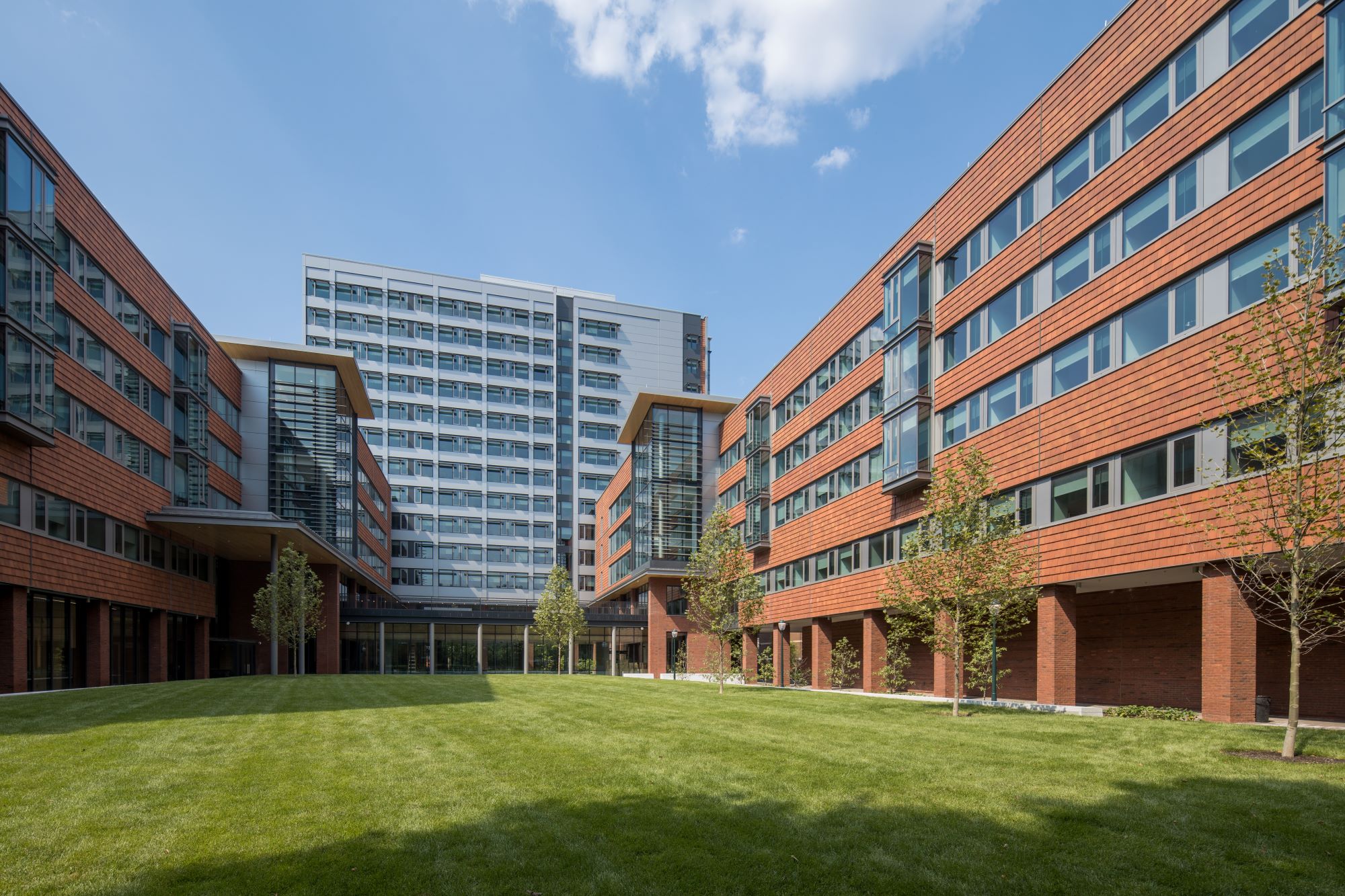 As universities across Philadelphia and the country as a whole return to in-person learning, the University of Pennsylvania marked the occasion with the opening of one of the largest new dormitory buildings to be built in the city in years. As its name alludes, New College House West (also known simply as the New College House) is situated on the western fringe of the campus at 201 South 40th Street (alternately 211 South 40th Street or 4000 Locust Street) in University City, West Philadelphia. Designed by Bohlin Cywinski Jackson, the structure rises 165 feet and 13 stories at its highest point. The 250,000-square-foot, $169.5-million structure is built to accommodate around 430 sophomore, junior, and senior students (exact student count varies depending on source, with some citing around 450 beds) while offering ample indoor sunlight, student and public amenities, and outdoor space. Today YIMBY takes an in-depth look at the facility, which opened in fall of last year. 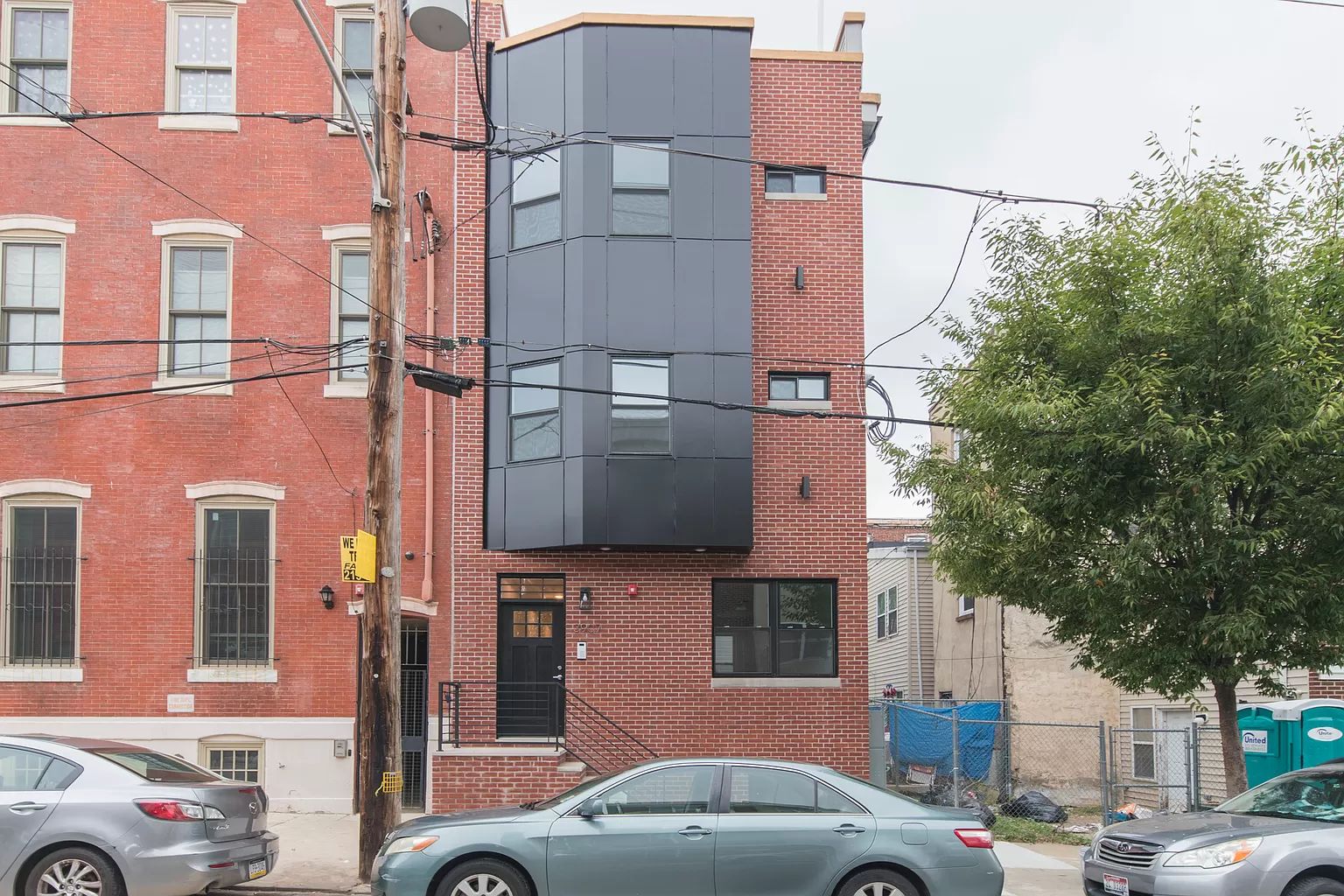 A three-story, six-unit apartment building at 3907 Haverford Avenue in Mantua, West Philadelphia, has been completed and listed on the real estate market. Designed by MC Architectural, the structure replaces a vacant lot on the north side of the block between North 39th Street and Union Street. The structure spans 4,039 square feet, which lends an average of just under 700 square feet per unit. Permits list SPD Property Group LLC as the owner, Michael D. Cole of MC Architectural as the architect, and RDM Construction as the contractor. Construction costs are specified at $200,000. 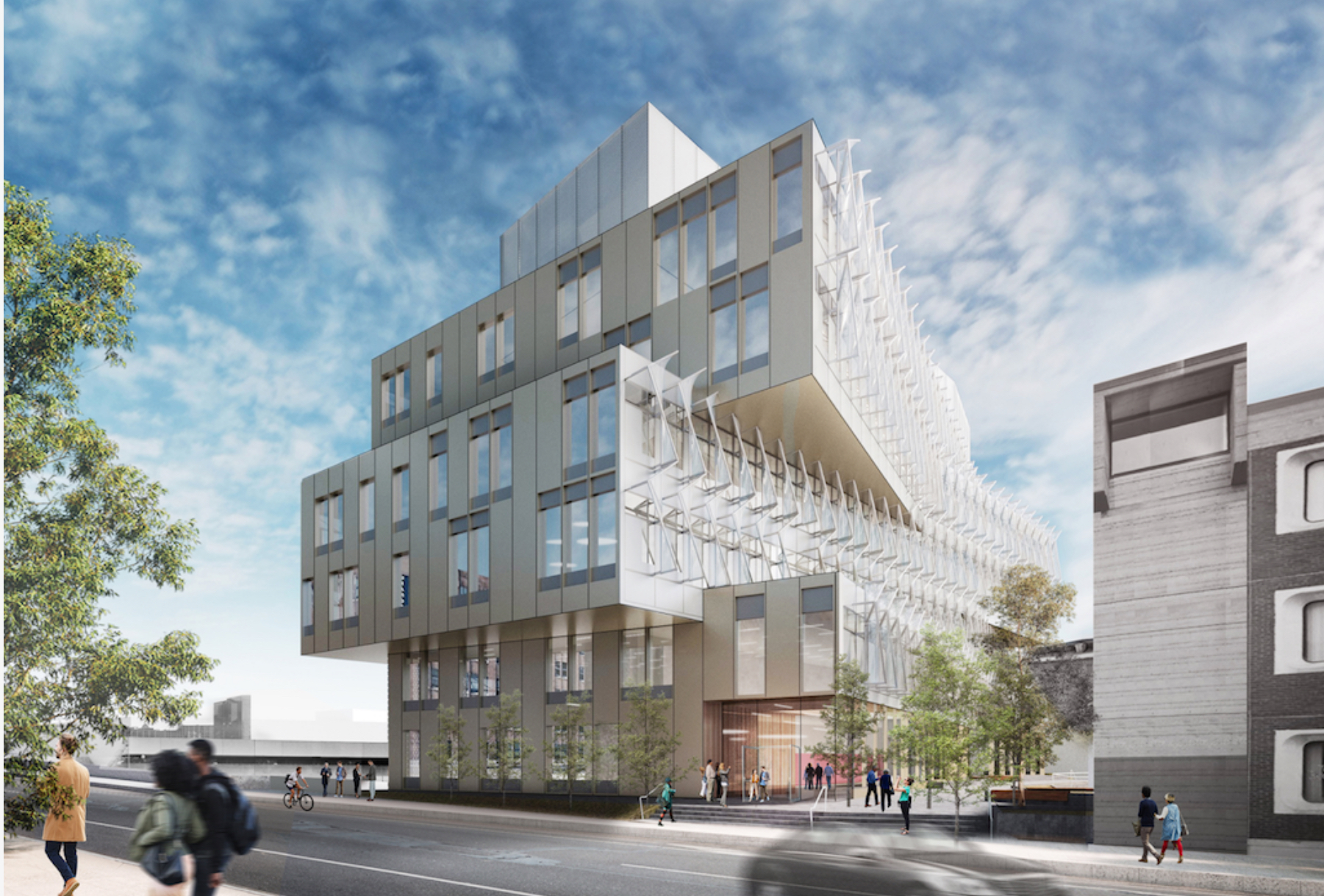 Construction work is underway at the University of Pennsylvania‘s Vagelos Laboratory For Energy Science and Technology at 3200 Walnut Street in University City, West Philadelphia. Designed by Behnisch Architekten, the extravagantly-styled building will stand seven stories tall and will offer space for energy research. The structure will combine office space, optics research laboratories, and wet chemistry research labs. The building is expected to come at a price tag of $173 million. 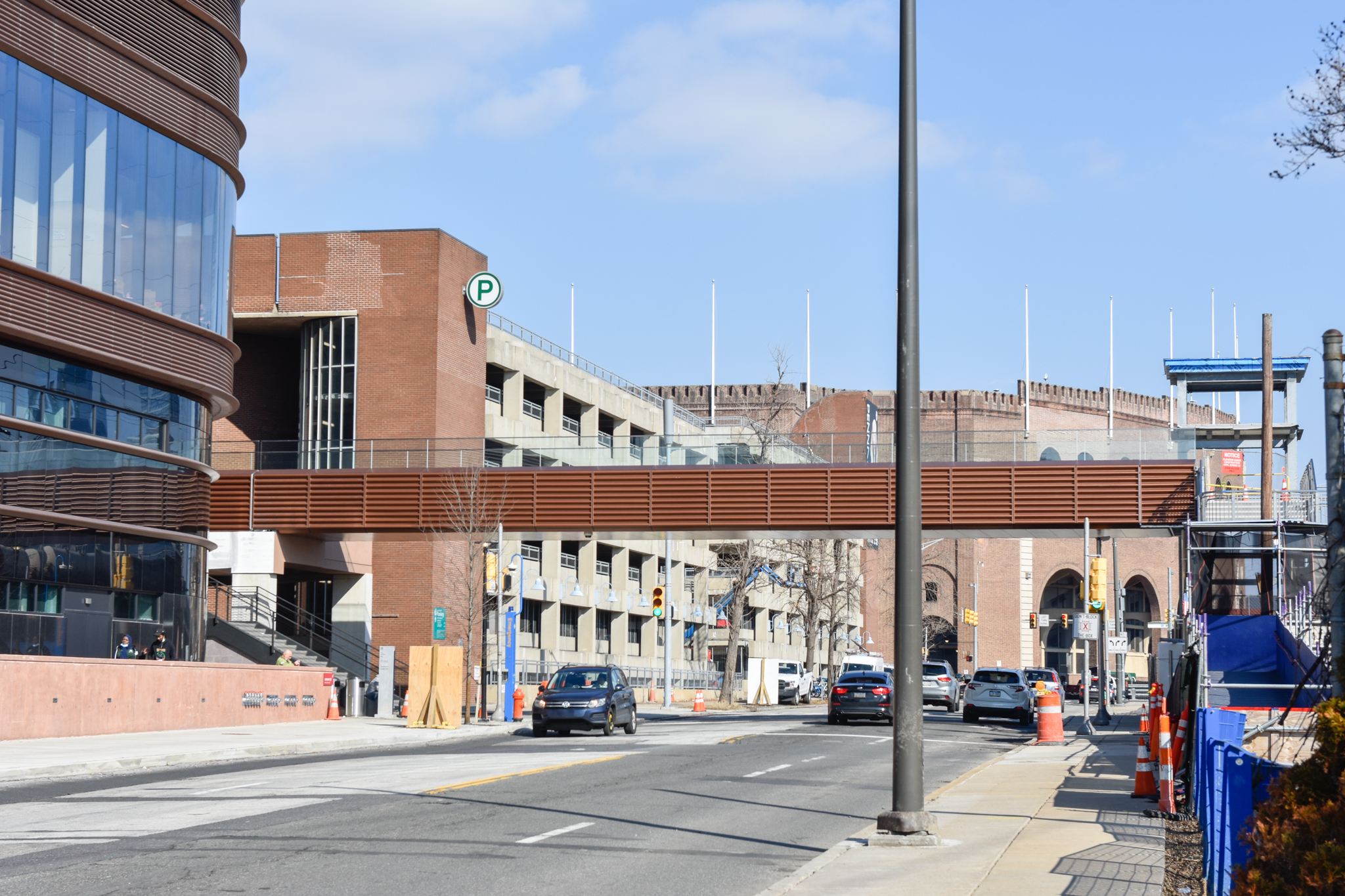 A new pedestrian bridge across Convention Avenue has opened to the public in University City, West Philadelphia, connecting Penn Medicine’s recently completed Pavilion building at 300 South 33rd Street to SEPTA’s Penn Medicine Station (formerly known as the University City Station), one of the system’s busiest. The opening has been confirmed by Philly YIMBY’s recent site visit, which revealed that the crossing is fully operational aside from the elevator, which, according to on-site signage, will be completed in spring.