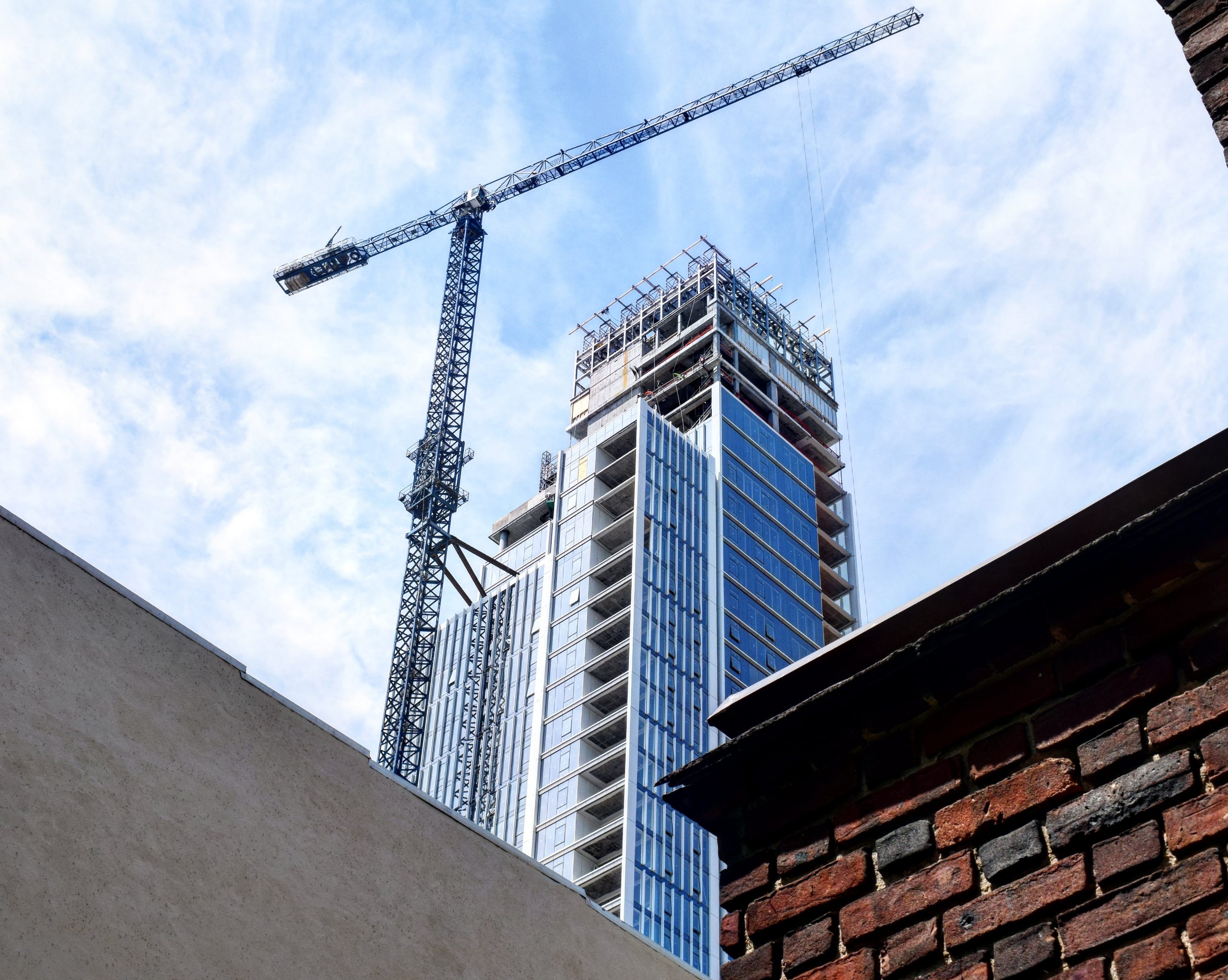 Shortly after the tour of the 18th floor of Arthaus featuring completed units, Philadelphia YIMBY went on another excursion that looked at the fantastic views from the skyscraper. The 542-foot-tall, 108-unit condominium tower is located at 311 South Broad Street in the Washington Square West neighborhood of Center City, directly to the east of the Kimmel Center. Designed by Kohn Pedersen Fox and developed by Dranoff Properties, the 47-story building features bright, high-quality exterior materials and open and luxurious interiors. 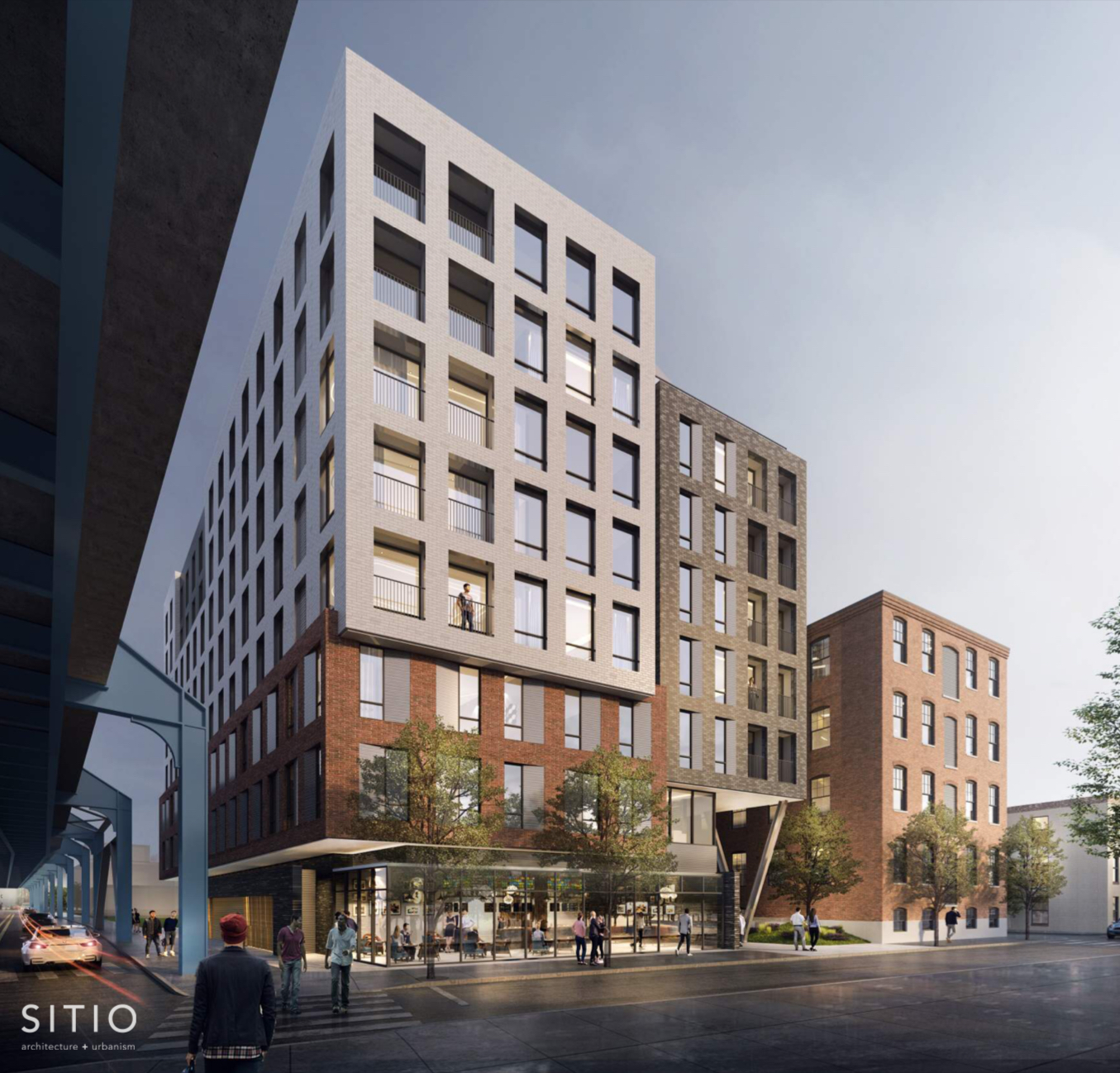 The 70-unit residential building proposed at 31 East Columbia Avenue in Fishtown, Kensington, is going before the Civic Design Review, meaning diagrams and details are available for public viewing. Designed by SITIO Architecture + Urbanism, the building will rise eight stories tall. On the ground floor, 10 parking spaces will be included in the project, as well as 30 bicycle spaces.

Permits have been issued for the construction of a 33-unit multi-family structure at 2800-24 Diamond Street in Strawberry Mansion, North Philadelphia. Upon completion, the new building will rise three stories tall. A green roof will sit on top of the structure. In total, the building will hold 22,820 square feet of space with construction costs estimated at $3.9 million. 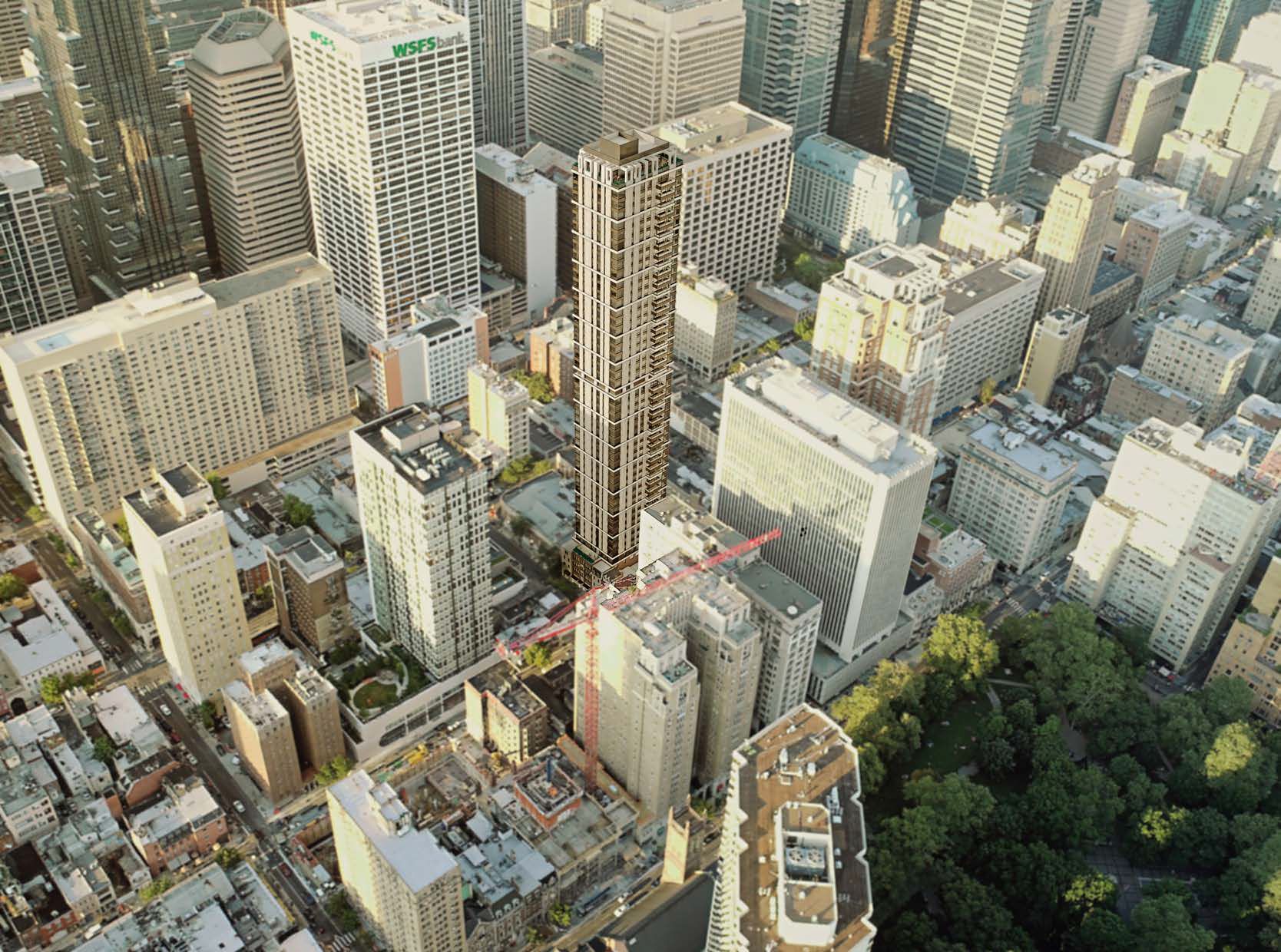 At the end of 2020, a 567-foot, 49-story skyscraper was revealed at 113-121 South 19th Street in Rittenhouse Square, Center City. Designed by DAS Architecture and Planning and developed by Pearl Properties, the tower will incorporate several prewar buildings into its base. However, a recently filed permit indicates that the tower will now rise 57 stories, so its height may now stand over 600 feet, possibly nearing 700 feet. The permits also increase the number of residential units from the originally planned count of 183 up to 215. In addition, the original proposal included 55 off-site parking spaces, while the new permit states that there will be 65 parking spaces, though it mentions no details on bicycle parking. A roof deck is still indicated at the top.