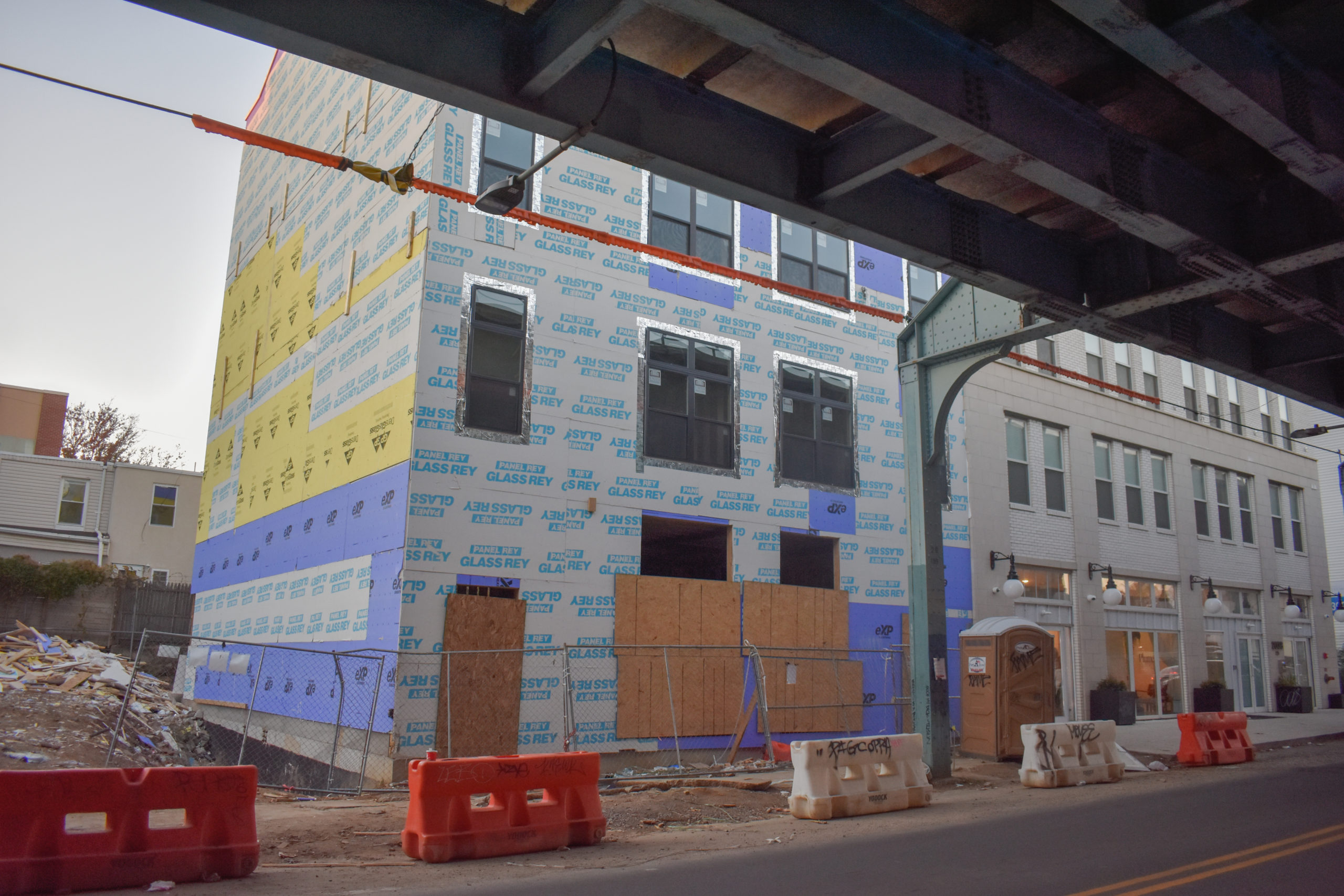 Around the start of the year, permits were issued for the construction of a four-story, eight-unit mixed-use building at 2034 North Front Street in Kensington. At this time, nearly a year later, construction is well underway at the development, which replaces a vacant lot on the west side of the block between West Norris Street and Diamond Street, next to the Market-Frankford Line el. The structure will span 8,086 square feet, which translates to an average of around 1,000 square feet per apartment, and will feature 540 square feet of ground-level retail and a cellar. The roof deck will likely offer views of the skyline. Permits list the Estate of Anna Reinman as the owner, Christopher Carickhoff as the design professional, and V2 Properties Construction Management LLC as the contractor. Construction costs are specified at $1.38 million. 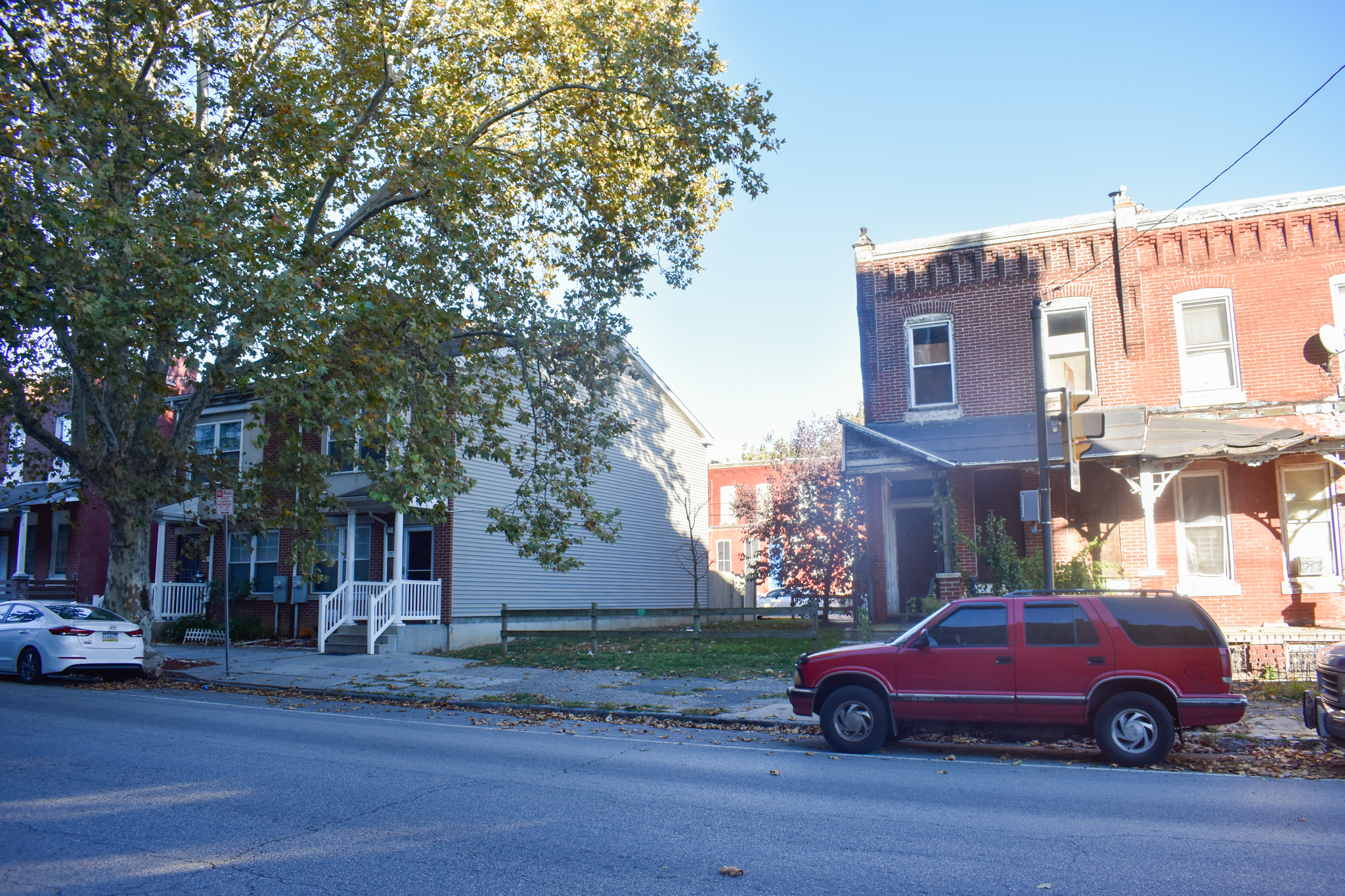 Although a zoning permit had been issued in March of last year, construction has still not started at a multi-family residential building at 753 North 44th Street in Haverford North, West Philadelphia, as confirmed by a recent Philly YIMBY visit. The development will be situated on the east side of the block between Aspen Street and Brown Street, near the boundary with the Mill Creek neighborhood to the west. The attached structure will rise from a 1,098-square-foot footprint. No floor count is specified, though the permit mentions a setback at the third floor, which, together with the surrounding housing stock, suggests a three-story height. BSC NC 1 LLC is the listed owner. 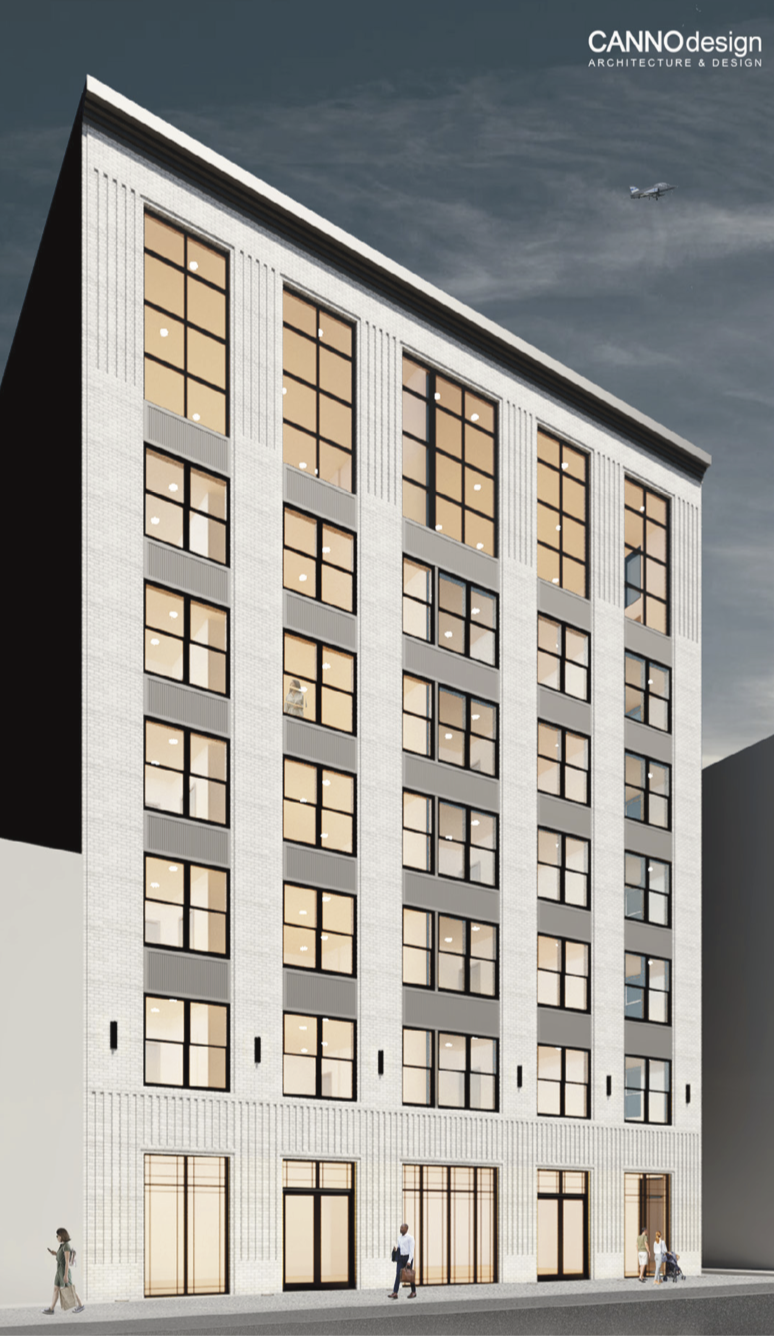 A recent site visit by Philadelphia YIMBY has noted that construction is well underway at a seven-story, 61-unit mixed-use development at 36-42 South 2nd Street (also known as 36-38 South 2nd Street) in Old City. The project replaces a parking lot on the west side of the block between Market and Chestnut streets. Designed by CANNOdesign, the building will span 51,623 square feet and will feature ground-level retail, a cellar, and a shared roof deck. Permits list the Tester Construction Group as the contractor and specify a construction cost of $10.5 million. 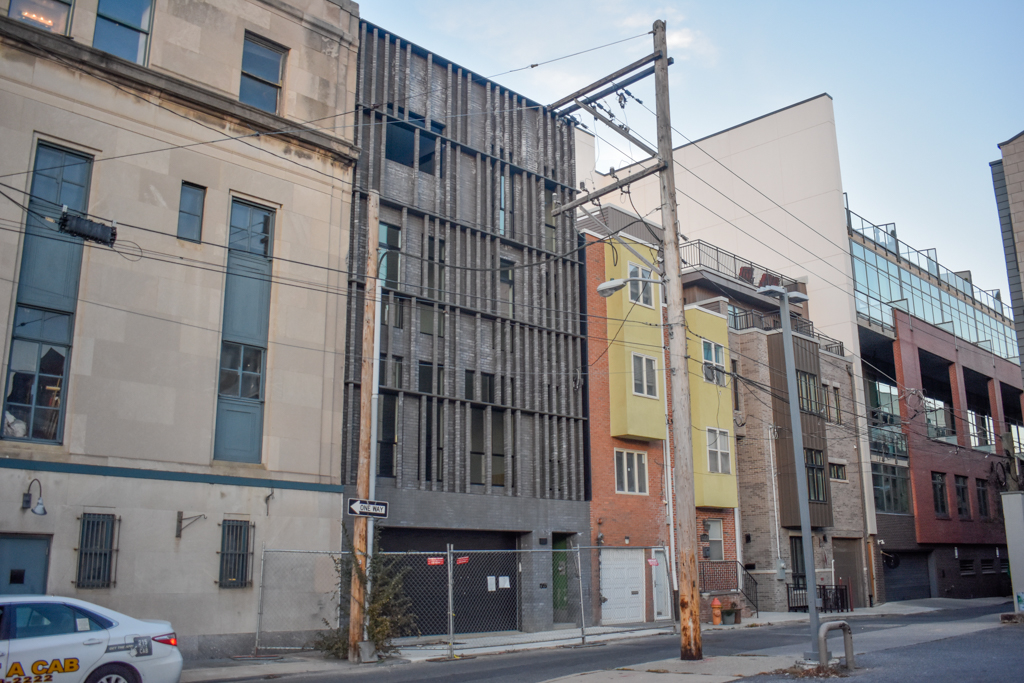 A recent site visit by Philadelphia YIMBY has o0bserved that construction work is generally complete at K House, a four-story single-family townhouse at 1355-57 Kater Street (alternately 1355-1357 Kater Street) in Hawthorne, South Philadelphia. The structure replaces a pair of rowhouses on the north side of the block between South Clarion and South Broad streets. Designed by Moto Designshop, the development spans 4,700 square feet and will feature a cellar, a roof deck, and parking for two cars. Permits list Made Construction as the contractor. 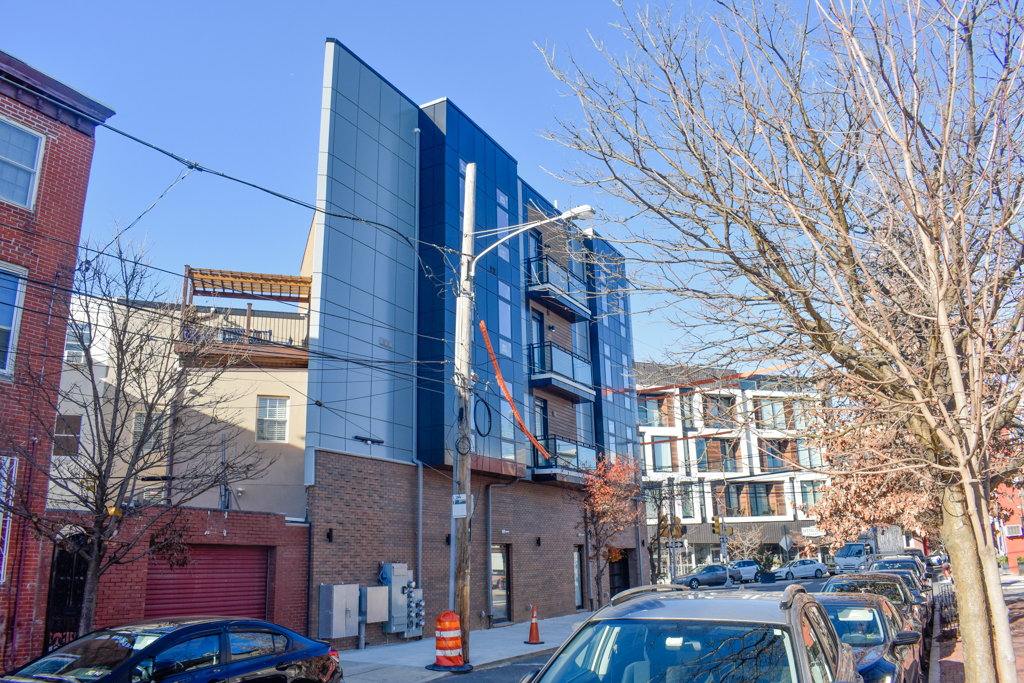 A recent site visit Philly YIMBY has confirmed that that construction is complete at a four-story, six-unit mixed-use building underway at 2301 Grays Ferry Avenue in Graduate Hospital, South Philadelphia, with cladding work apparently ready to start. The project consists of a three-story vertical extension. The development consists of a three-story vertical extension to an original single-story structure, where a restaurant will be retained on the ground floor and 8,475 square feet of residential space will be added above. The building features a basement. Permits list 2302 Grays Avenue L as the owner and Donald Plummer as the contractor. Construction costs are specified at $1 million.