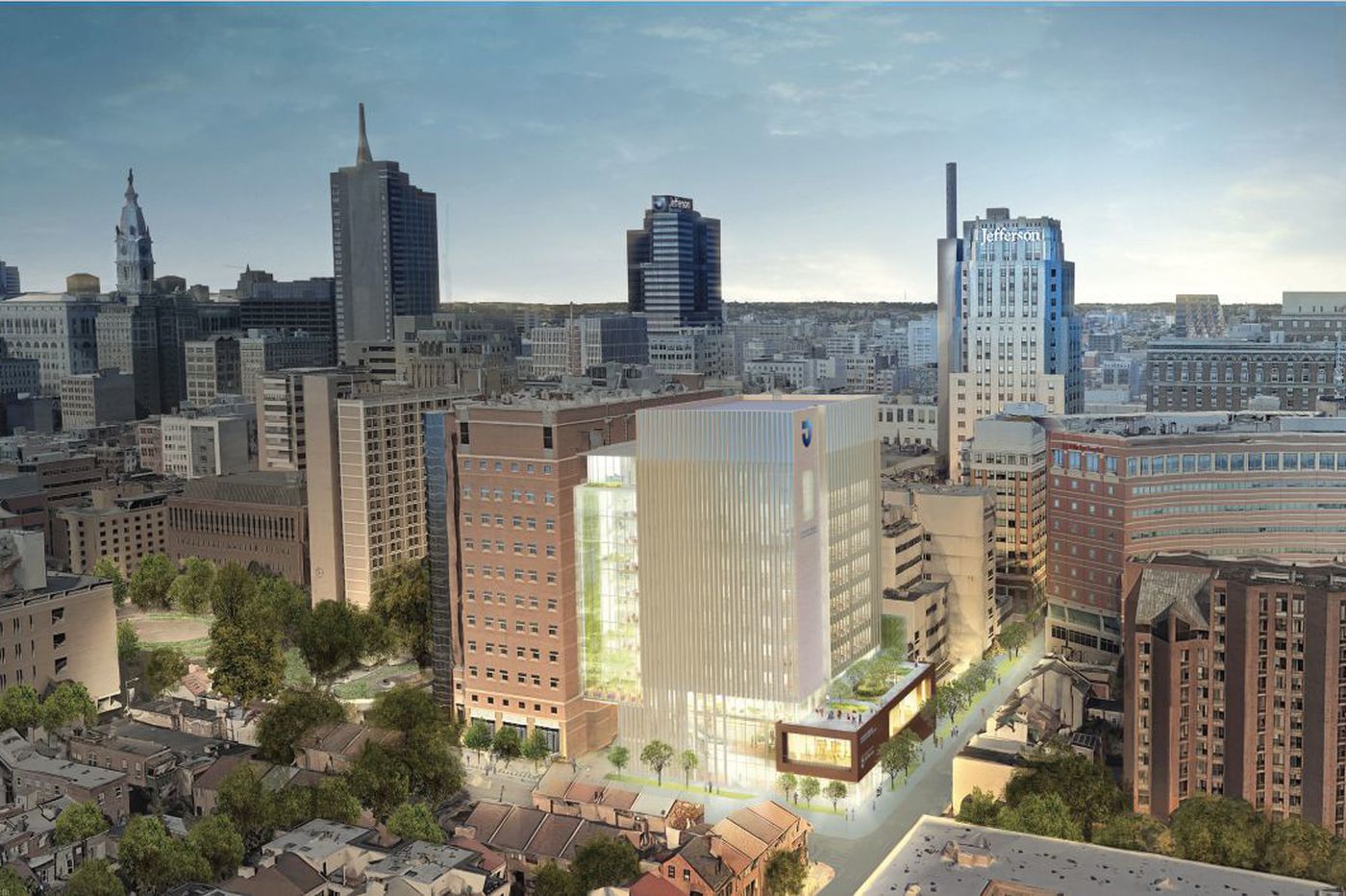 A large parking garage at 900 Locust Street in Washington Square West, Center City, is now closed and is expected to be demolished to make way for the Jefferson University Caroline Kimmel Biomedical Research Center. The building will stand 170 feet and 12 stories tall and contain over 220,000 square feet of space. Designed by Payette, the building will feature a glass and wood-colored facade. 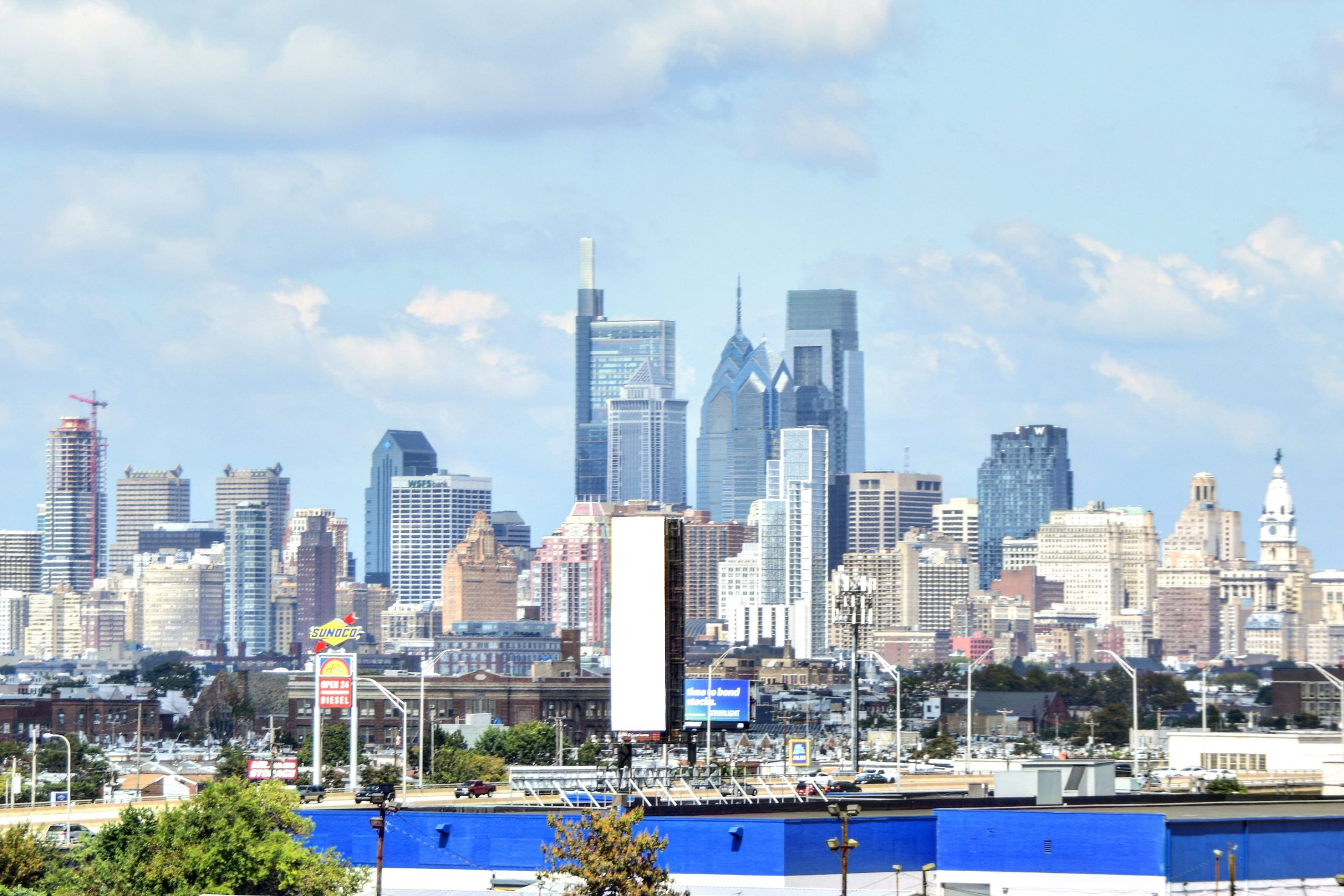 A few months ago, during the beginning of spring, Philadelphia YIMBY published a feature that looked at major developments in Center City from the Walt Whitman Bridge. This 378-foot-tall, green-painted suspension bridge was completed in 1957, and has since transported millions of people between Pennsylvania and New Jersey. The bridge span rises 153 feet above the Delaware River, and offers a fantastic view of the skyline to the northwest. The western side connects to the sports complex in South Philadelphia, while the east side joins Gloucester City, NJ. In this new feature, Philadelphia YIMBY presents an updated look at several major developments in the skyline as seen from the bridge.

Permits have been issued for the construction a three-story, ten-unit multi-family building at 1714 North 22nd Street in Sharswood, North Philadelphia. Designed by KCA Design Associates, the building will hold 11,932 square feet of space and will feature a roof deck. City Suburban Home Builders LLC is listed as the contractor. Construction costs are estimated at $1.5 million. 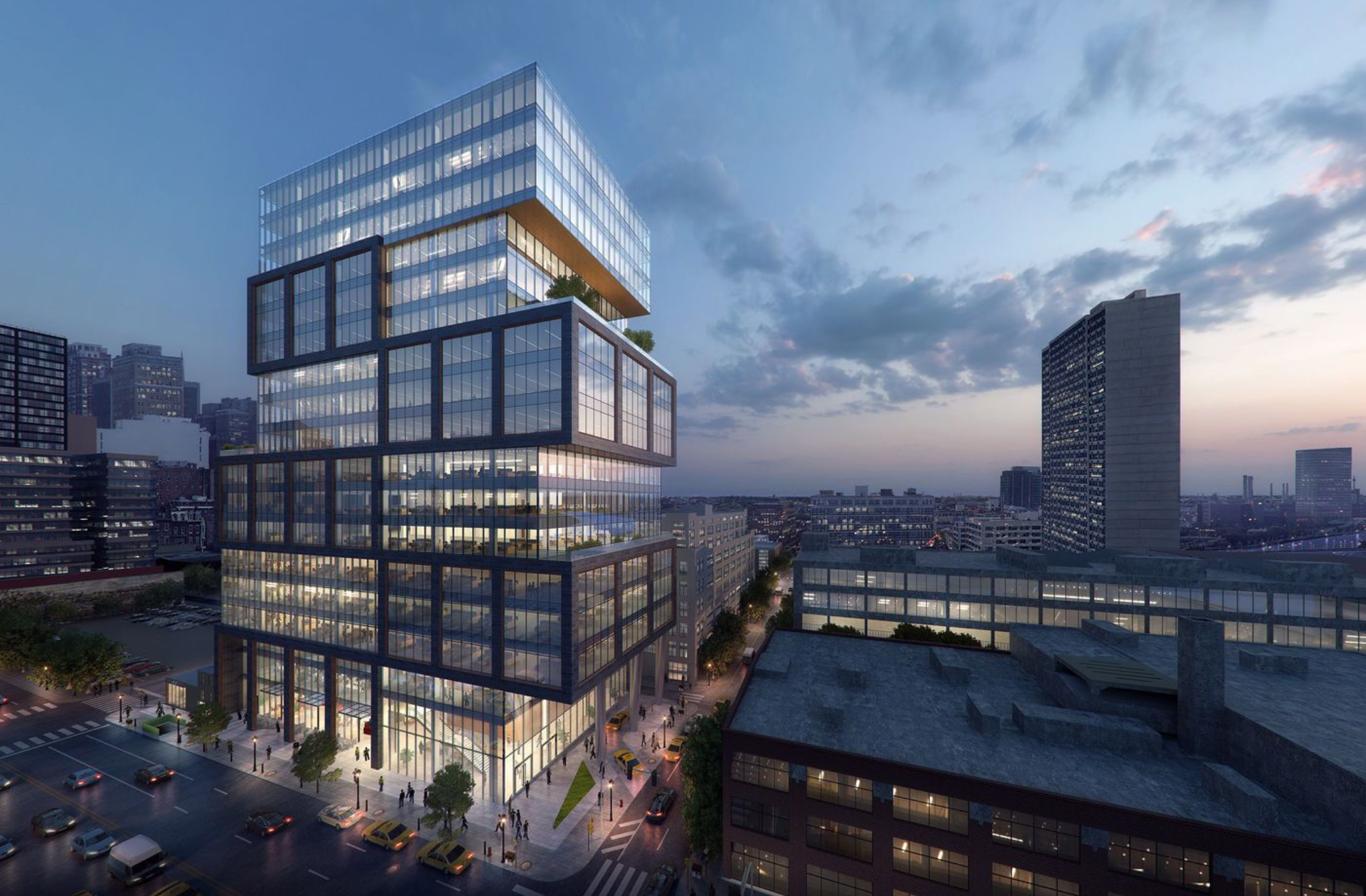 The steel structure of the office building under construction at 2222 Market Street, in Center City West, is nearly topped out. Designed by Gensler, he building is one of the tallest among the city’s under-construction buildings, as it will rise to a height of 318 feet and 20 stories. The project is being developed by Parkway Commercial Properties, which has recently been redeveloping multiple parking lots that it owns. The building will fill an empty void on Market Street, and offers a preview of what is to come to the area in the future.

Construction is making headway on a townhouse complex located at 131 South 24th Street, at the southeast corner of the 24th Street and Sansom Street intersection, in Fitler Square, Center City. The complex contains five homes in total, each rising five stories tall. A covered drive aisle at the rear provides access to individual garages, while outdoor areas above maximize the use of space. Other outdoor areas will be included atop the fourth and fifth floors.