Permits have been issued for the construction of a multi-family building at 4146 Parkside Avenue in the neighborhood of Parkside, West Philadelphia. The building will rise five stories tall with 28 residential units. In total, the new structure will hold 26,960 square feet of space and cost an estimated $4 million to build. 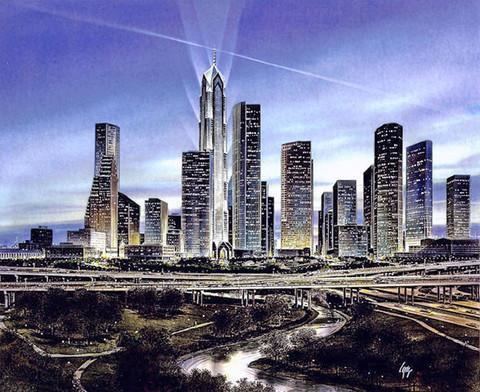 Before One Liberty Place topped the Philadelphia skyline in 1987, a larger skyscraper, also designed by Helmut Jahn, was proposed in the city of Houston, with a design that featured striking similarities to the future Philadelphia tower. Known as the Bank of the Southwest, the supertall was planned to count 82 floors, with an angled crown capped with a sharp spire that would rise 1,404 feet high. The larger office floors were to have angled cuts on each corner. The firm of Jahn/Murphy, Inc. was chosen after a design contest in 1982 and the tower was projected to be completed by 1986. The tower was cancelled by 1983 due to a lack of funding, but elements of the design were later integrated into the Philadelphia skyscraper. 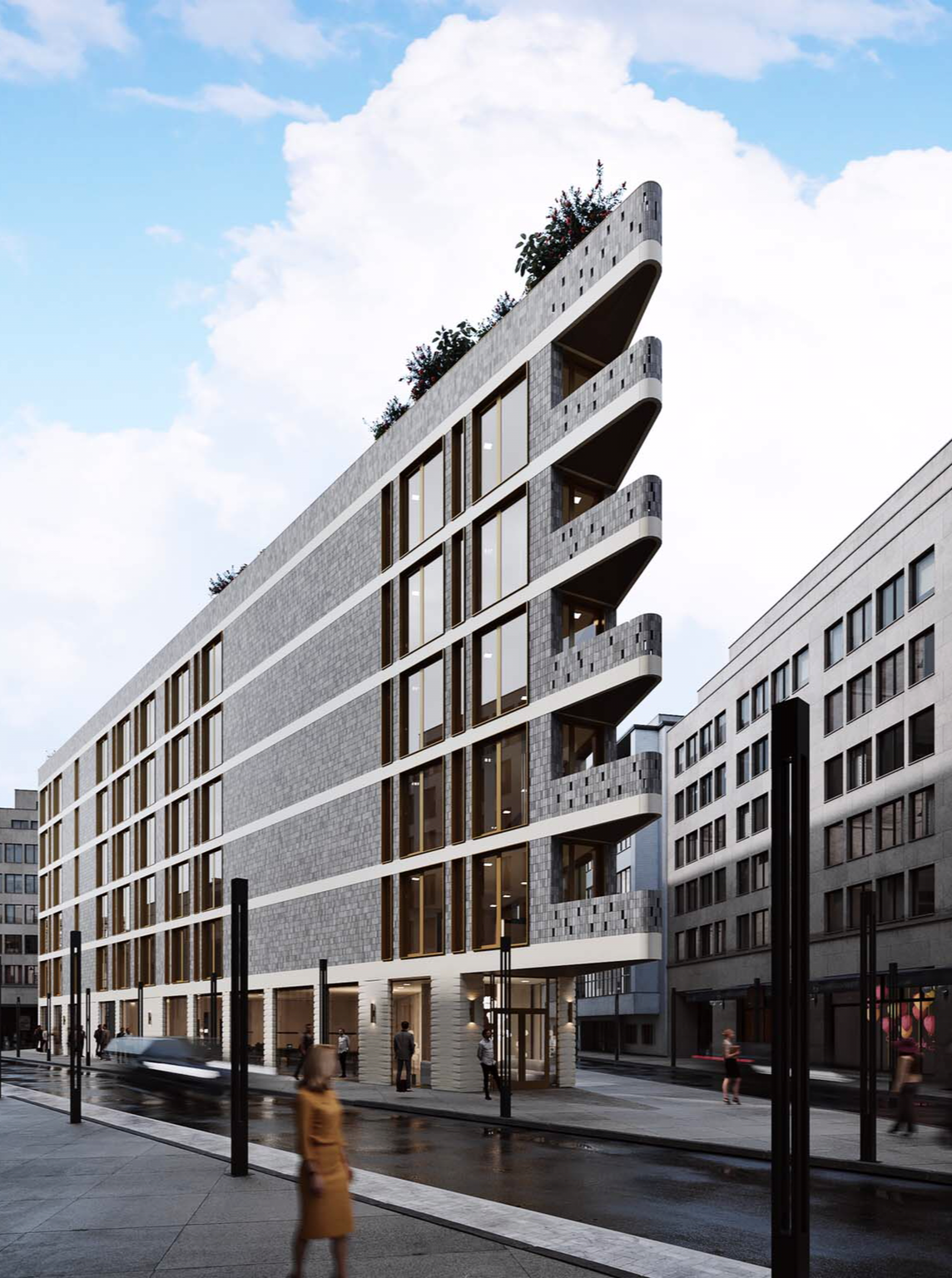 Construction is now underway at The Beverly, a six-story, 50-unit mixed-use development at 1102 Germantown Avenue in Northern Liberties, North Philadelphia. Developed by Stamm Development Group, the building will feature commercial space on the ground floor and residential units above. The project will include a green roof, storage for tenants, and spaces for nine cars and 17 bicycles. In total, the development will hold 54,076 square feet of space and will cost an estimated $10 million to build. The project is being built by Tester Construction. 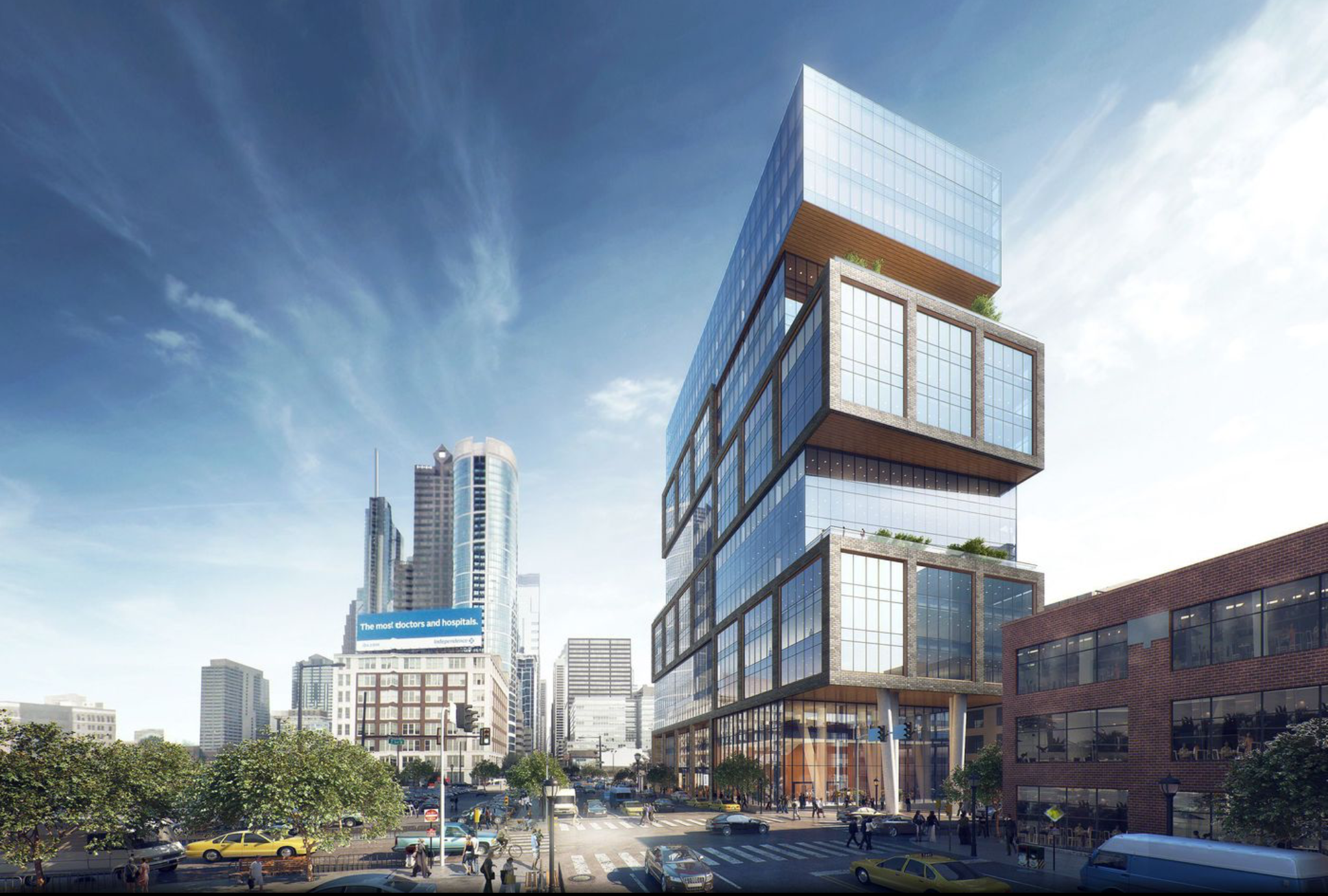 A tower crane has been erected at 2222 Market Street in Center City West. Designed by Gensler and developed by Parkway Commercial Properties, the tower will rise 318 feet and 20 stories tall, making it one of the tallest structures in the area. Its stacked-box design will allow it to stand out at its prominent location on Market Street. A mixture of glass and stone materials grants the tower a modern façade that, toegther with new public outdoor space, will liven up the stretch of Market Street. 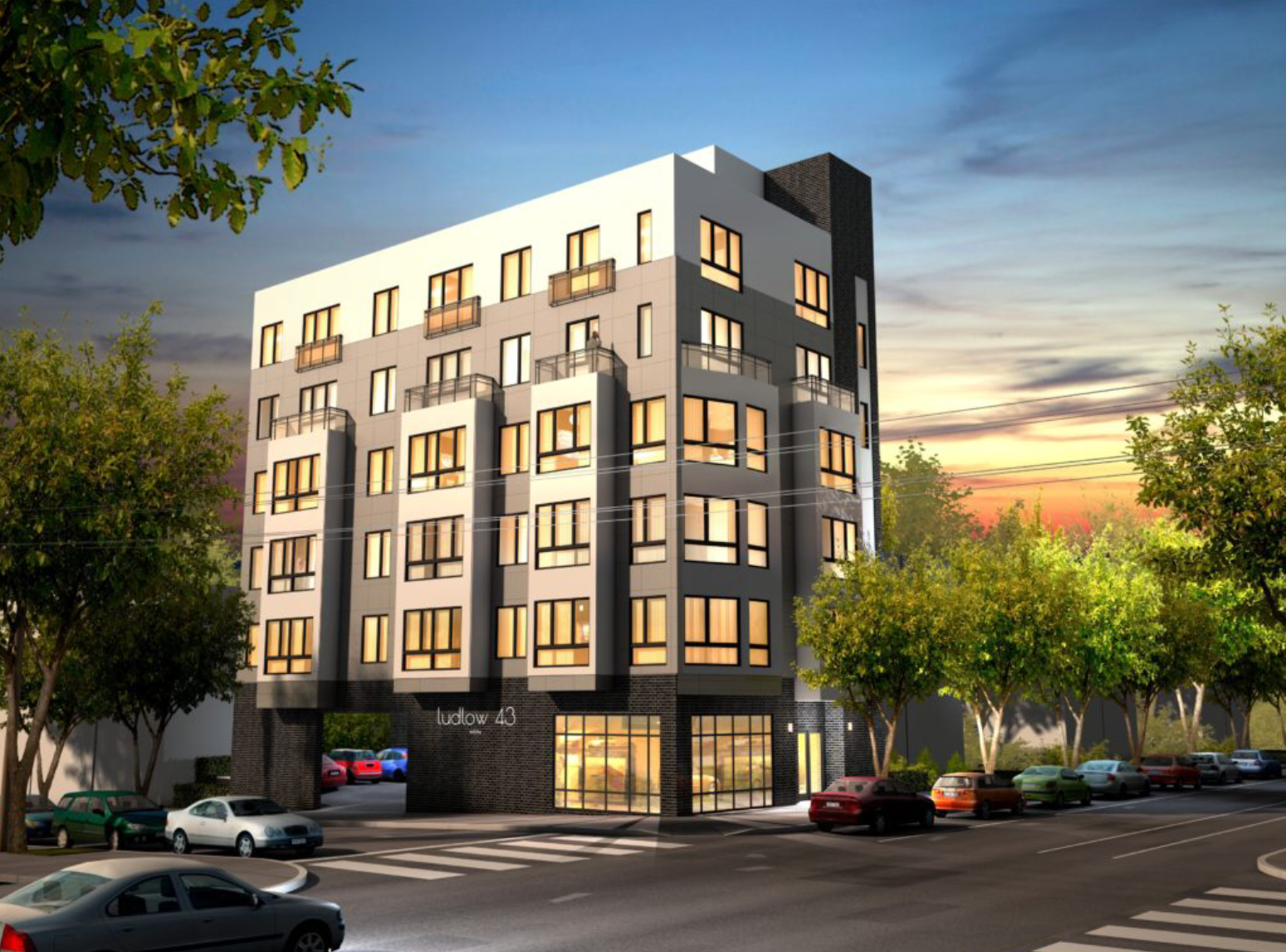 Construction is progressing at Ludlow 43 at 12-14 South 43rd Street in Spruce Hill, West Philadelphia. The building will rise six stories and 76 feet tall, making it one of the larger buildings in the area. In total, 18 residential units will be included within the building, with eight one-bedrooms, five two-bedroom, three three-bedroom, and two four-bedroom apartments. Also included in the development will be five parking spaces, a fitness center, and a roof deck.