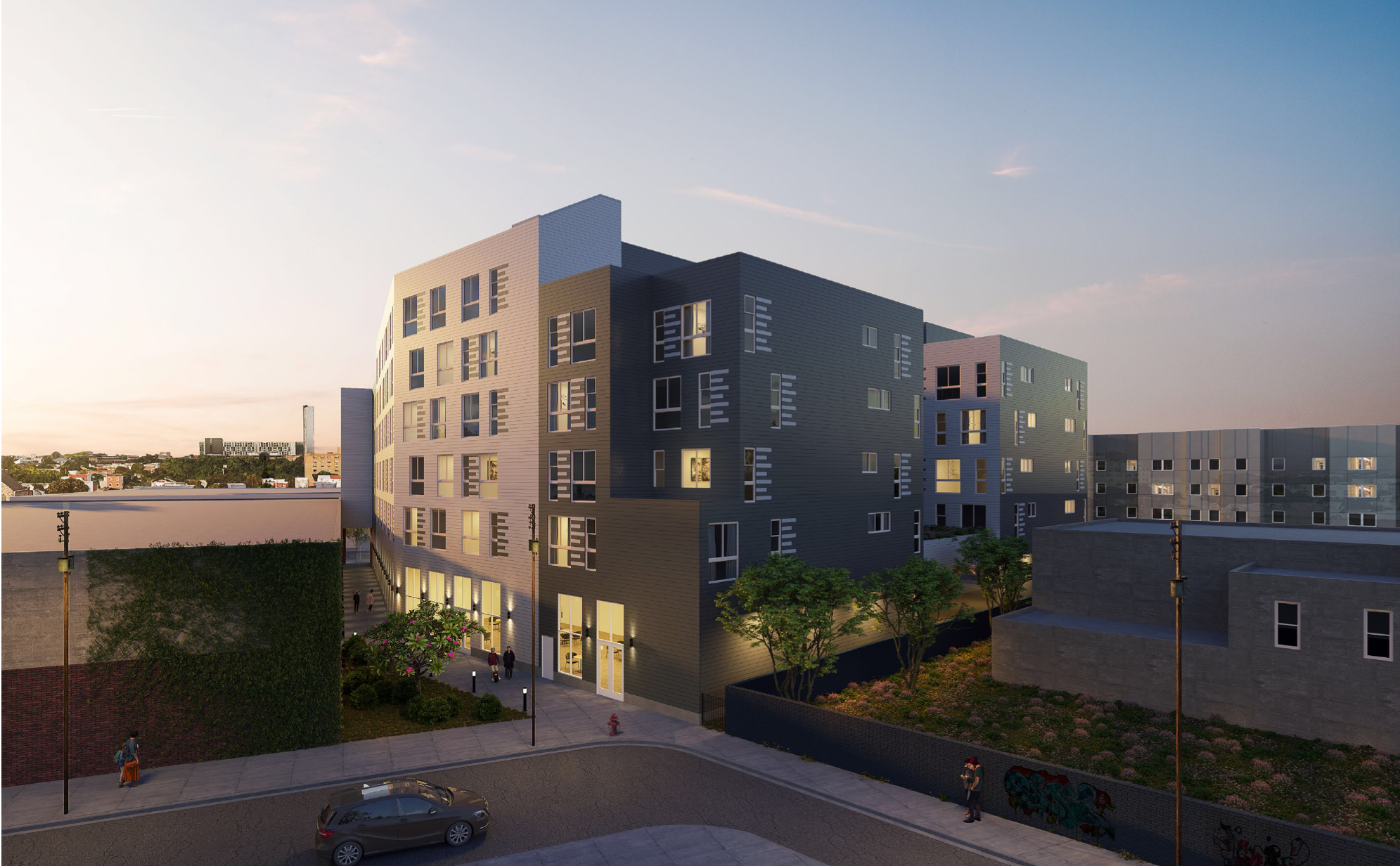 Renderings have been revealed for a large multi-family development at 1649 North 5th Street in Olde Kensington. Designed by HDO Architecture and developed by the Riverwards Group, the new bundling will rise six stories tall and hold 200 residential units within the structure. The project will incorporate parking for 51 cars and 92 bicycles. The top of the building will feature a green roof and a roof deck.

A recent site visit by Philly YIMBY has revealed that construction is well underway at Comly Commons, a 139-unit development at 1810-34 East Hagert Street (also known as 1825 East Boston Street) in East Kensington. Designed by SgRA Architecture, the project consists of renovation of multiple existing industrial buildings and additions that will make for a singular, six-story structure. The 133,014-square-foot building which will also hold artisan industrial space. According to permits, construction costs are estimated at $8.45 million. 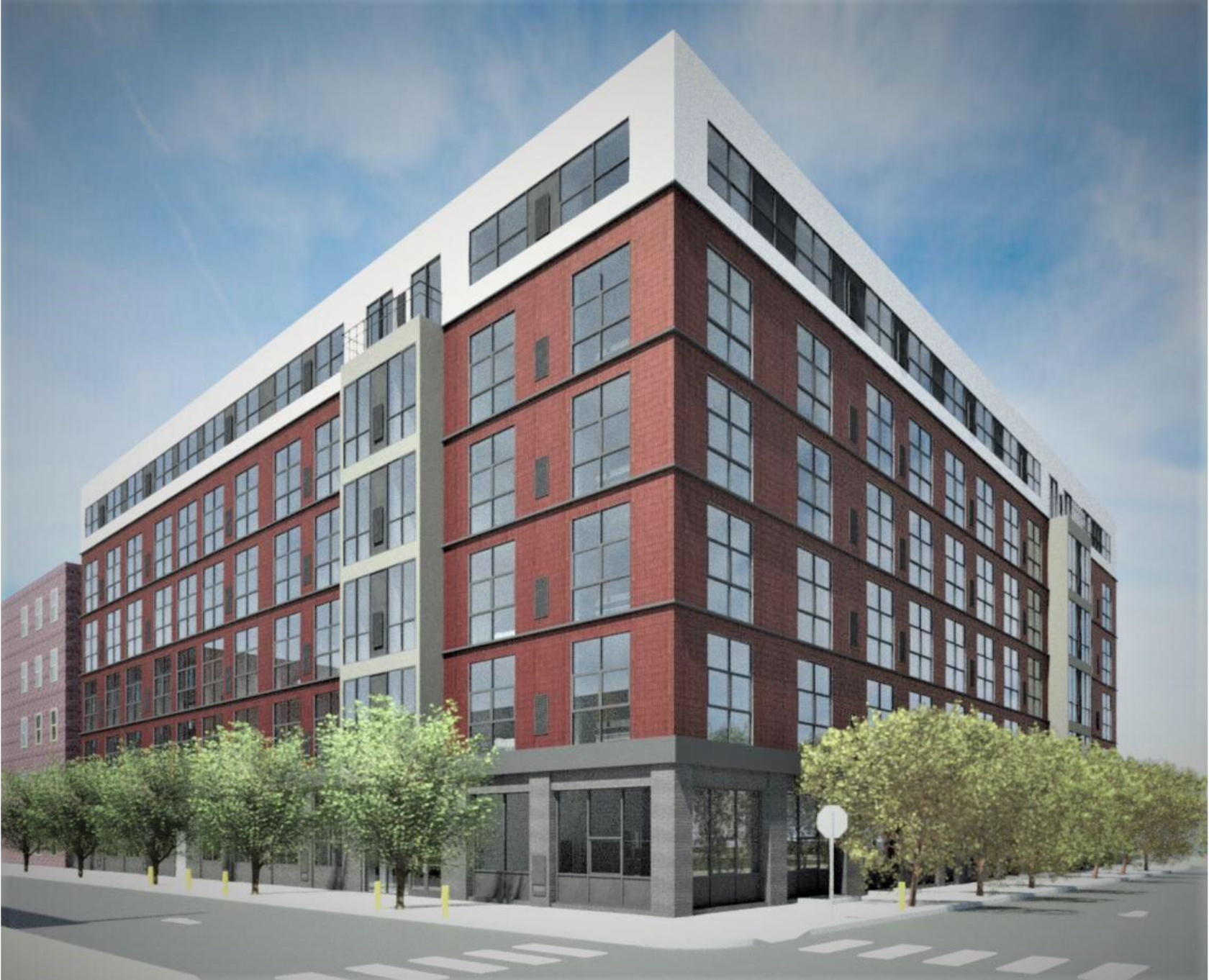 A recent site visit by Philly YIMBY has revealed that construction has not yet started at the seven-story, 108-unit multi-family development proposed at 2000-20 East Hagert Street in East Kensington. Designed by T + Associates, the structure will span 93,832 square feet. The new building will include 13 artist studios and parking for 19 cars, to be situated underground, as well as 37 bicycles. The project will also include a green roof and a roof deck.

Construction prep is making progress at 1201 Normandy Place in The Navy Yard in South Philadelphia. Designed by DIGSAU and developed by Ensemble Investents and Mosaic Development, the structure will rise four stories tall, with a mechanical penthouse at the top, and will hold 127,259 square feet of lab space, with 2,990 square feet of retail will be located at the ground floor.  An off-site garage will hold 58 parking spaces.

On May 13, 1985, celebrations were held for the groundbreaking for the first phase of the Liberty Place complex in Center City, with another office tower, mall, and hotel under construction by February 1988. The towers, located at 1650 Market Street and 50 East 16th Street, were designed by Helmut Jahn of Murphy/Jahn. Originally One Liberty Place was meant to stand 915 feet, while the shorter Two Liberty Place was proposed to rise 708 feet and 48 stories tall. The project was developed by Willard G. Rouse III of Rouse and Associates, which had eventually transformed into Liberty Property Trust. In this feature, Philadelphia YIMBY shares revised versions of our custom-made skyline massings of the 1985 Liberty Place design.